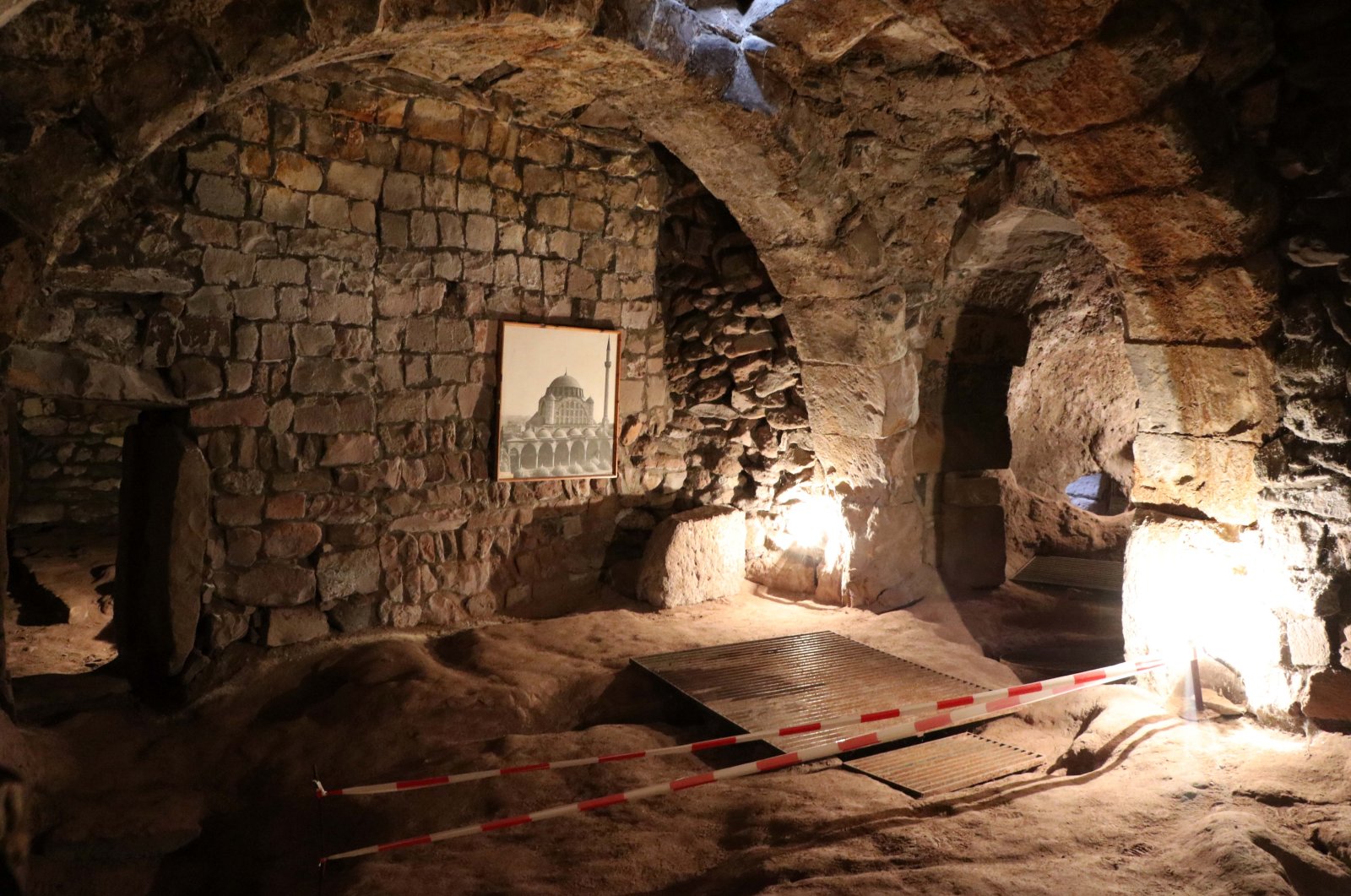 The stone house where Mimar Sinan, the greatest architect of the classical period of Ottoman architecture, was born and spent his youth welcomes thousands of visitors every year. The house is located in the Ağırnas quarter of Turkey's central Kayseri province.

While serving as a mesmerizing museum, the building attracts tourists with its unique architectural structure in its historical quarter, which went under extensive restoration last year. The visitors are especially interested in the arches on the ground floor of the house, its underground rooms, storehouses, galleries and lighting system in the kitchen area.

The museum house’s guide Ahmet Bekdaş said that Mimar Sinan lived in Ağırnas until the age of 22 and then moved to Istanbul as a "devshirme," a system that trained non-Muslim citizens of the empire to be officers of the state. Some sources claim that Sinan was of Armenian descent, while others say he descended from Karamanid Turks, who lived in the region spanning from modern Turkey's Konya to Kayseri, including Cappadocia, and adopted Orthodox Christianity.

Recalling that a project to turn the great architect’s house into a museum was prepared in 2000, Bekdaş said that the house was restored by various institutions and organizations four years later in 2004. Noting that the house serves as Mimar Sinan House Museum and hosts millions of tourists every year, the guide continued: “Stonework is prevalent here due to volcanic activity. Mimar Sinan's house was also made of stone. There is an arched area inside the house. It is a gallery with a capacity of 100-150 people. One room of the house has a stove and its chimney. People both warmed up and cooked with this stove in the past. This chimney also provided a ventilation function. In addition, there are warehouses in a part of the house. Since stone insulates it well, the house is cool in summer and hot in winter. Mimar Sinan was influenced by the architecture of this house. This house where he was raised inspired him much to break new ground in architecture.”

Bekdaş stated that there is an underground city located in the same neighborhood as Mimar Sinan’s house. Informing that a part of this city also passes from under the architect’s house, he implied that excavation work under the house continues at intervals. Bekdaş emphasized that the number of visitors decreased during the pandemic but those who visited were left amazed.

Born in 1490, Mimar Sinan was brought to Istanbul as a devshirme in the time of Sultan Selim I, also known as Selim the Grim (1512-1520). He served as the chief Ottoman architect during the reigns of sultans Suleiman I, also known as Suleiman the Magnificent, (1520-1566), Selim II (1566-1574) and Murad III (1574-1595). The great architect undersigned 365 works across the world, including many mosques, madrasas, bridges and palaces. His final masterpiece, Selimiye Mosque, in northwestern Edirne province and the famous Süleymaniye Mosque in Istanbul are among his well-known works.