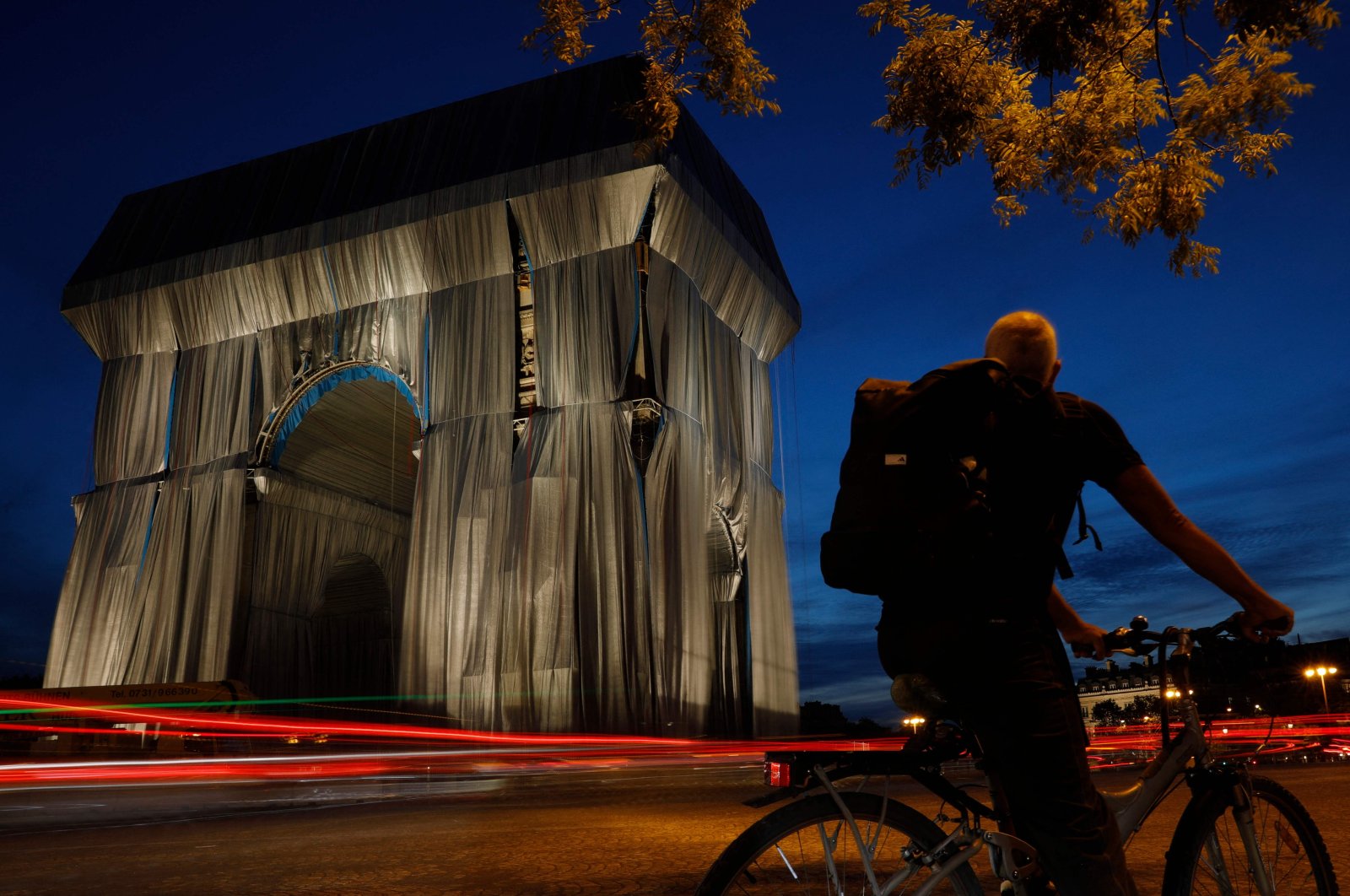 Arc de Triomphe is one of the most famous monuments in Paris and attracts a huge number of visitors every year. However, tourists reacted with a mix of surprise and disdain when they saw that the arch had been wrapped in silver-blue colored recyclable polypropylene fabric as a posthumous installation conceived by the late artist Christo.

British visitor Jack Silkstone struggled to work out where the artwork began and ended.

"Wait, so is this the actual installation or are they doing something under it?" Silkstone asked standing at the foot of the tower.

The work, known as "L'Arc de Triomphe Wrapped" was finally brought to life by Christo's nephew, Vladimir Yavachev, who last week said completing the project had been a promise he made to his uncle.

Christo, whose full name was Christo Javacheff, was known for his larger-than-life installations. He wrapped up a stretch of coastline in Australia and the Reichstag parliament building in Berlin, and strung up a huge curtain in part of a canyon in Colorado. He worked closely with Jeanne-Claude on the projects. The pair covered Paris's Ponf Neuf bridge in yellow cloth in 1985.

Tourists will still be able to visit the Arc de Triomphe and its panoramic terrace, which loom over one end of the Champs-Elysees. For a few days during the work, however, it has been closed.

"My husband had never seen it (the Arc de Triomphe) and so I just made him walk two miles (3.2 kilometers) and he's not very happy about this," Colorado resident Andrea Stutesman said.