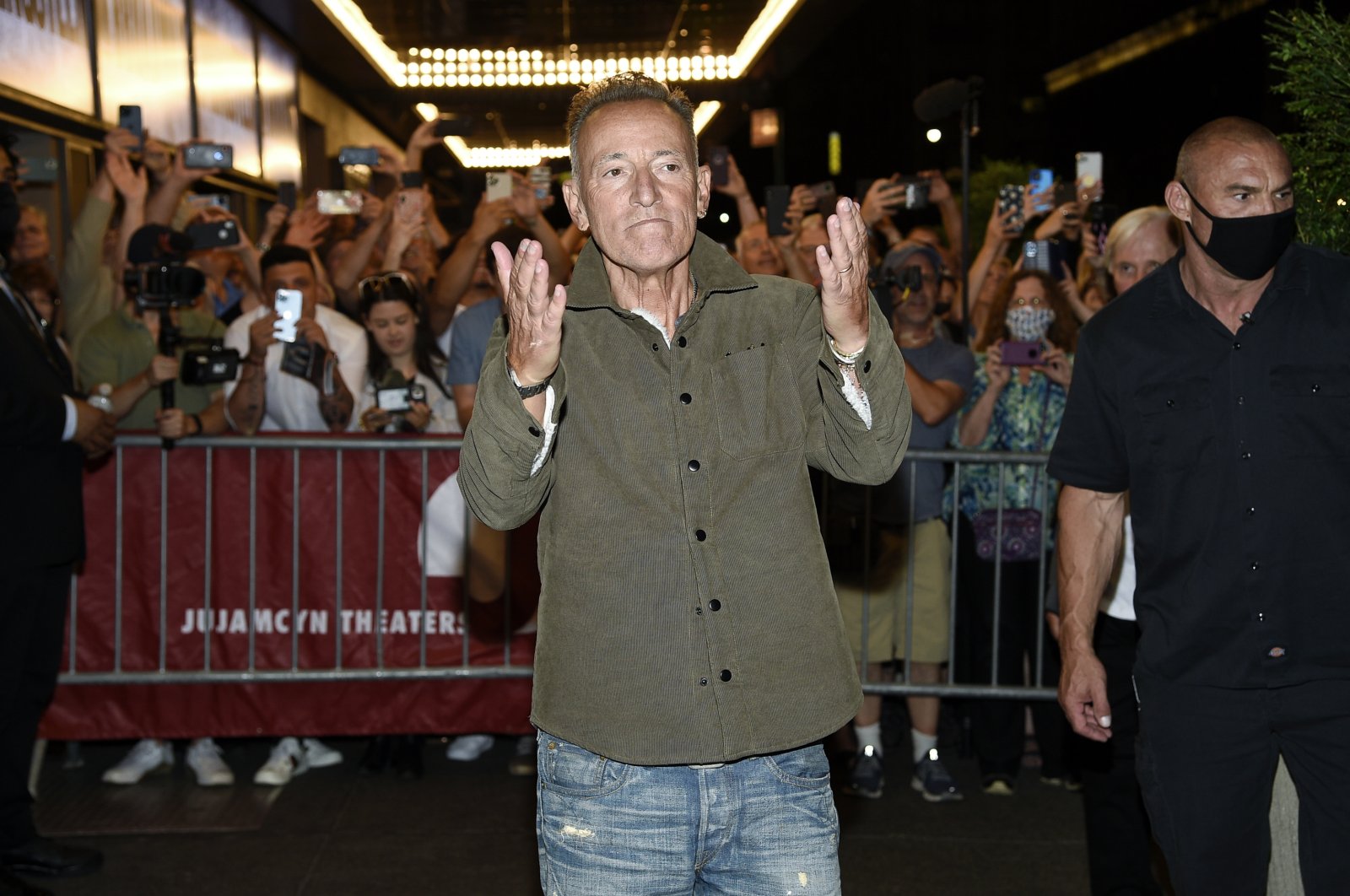 "The Boss" is back on Broadway! U.S. rock star Bruce Springsteen returned with his hit eponymous Broadway show this weekend to celebrate the reopening of theaters and the rebirth of live entertainment in a limited run. The star donned a guitar for an audience filled with familiar names, including a member of his E Street Band and the governor of his home state.

Springsteen had ended his residency in December 2018 after 236 performances but was persuaded to return for a summer's encore ahead of most Broadway shows coming back in September.

The tough rock 'n' roller was clearly emotional. He wiped away tears toward the end of his show, which mixes personal remembrances with performances of his songs. He said the summer reprise allows him to spend more time, figuratively speaking, with his late father and other fallen relatives.

Every week brings fresh evidence of life resuming in entertainment following a 15-month COVID-19 pause. Festivals and concert tours are being booked, and Springsteen plans to take his band on the road next year. The Foo Fighters reopened New York's Madison Square Garden for music with a cathartic June 20 concert.

Thrilled to be back, fans cheered Springsteen's words so often he had to profanely tell them to settle down, lest the show take all night. His longtime guitarist, Steven Van Zandt, received a standing ovation when he took a seat in the audience. New Jersey Governor Phil Murphy and U.S. Transportation Secretary Pete Buttigieg were also there Saturday night.

"It's good to see everyone here tonight unmasked, sitting next to each other," Springsteen said. "What a year. I'm 71 years on this planet and I've never seen anything like it."

Audience members had to show proof of vaccination to enter the St. James Theatre. That attracted a boisterous handful of anti-vaccination demonstrators to gather at the entrance and complain Springsteen was promoting segregation.

"I didn't think I would miss it as much as I did," said Zabinski, who brought her son Zak, a musical theater student at the University of Miami. "I think I just took it for granted because we would go to shows all the time."

Another fan, Benjamin Smith of Philadelphia, said "I can't think of a better person to help us return to a sense of normalcy."

Springsteen said he and his family were lucky during the pandemic, able to stay healthy and keep busy.

"I had a podcast with the president of the United States (Barack Obama)," he said. "I was handcuffed and thrown in jail."

The latter referred to his Nov. 14, 2020 arrest for drunken driving and reckless driving in New Jersey. Those charges were later dismissed since he had a blood alcohol level below the state's legal limit and he paid a fine for downing two tequila shots in an area where alcohol wasn't allowed.

While the case provided him with fresh fodder for jokes, the structure and stories of Springsteen's show was similar, if a little streamlined, to the way it was the first time he was on Broadway.

He eliminated the iconic closer, "Born to Run," replacing it with the thematically sharper "I'll See You in My Dreams," off his 2020 album. The two-song duet with his wife, Patti Scialfa, featured a smoldering version of "Fire," his song that became a 1978 hit for the Pointer Sisters.

In a clear reference to the George Floyd killing, Springsteen performed his own song about a police shooting, "American Skin (41 Shots)," standing onstage in a blood red spotlight.

Springsteen said he's never seen American democracy as threatened as it is today, and that it frightened him.