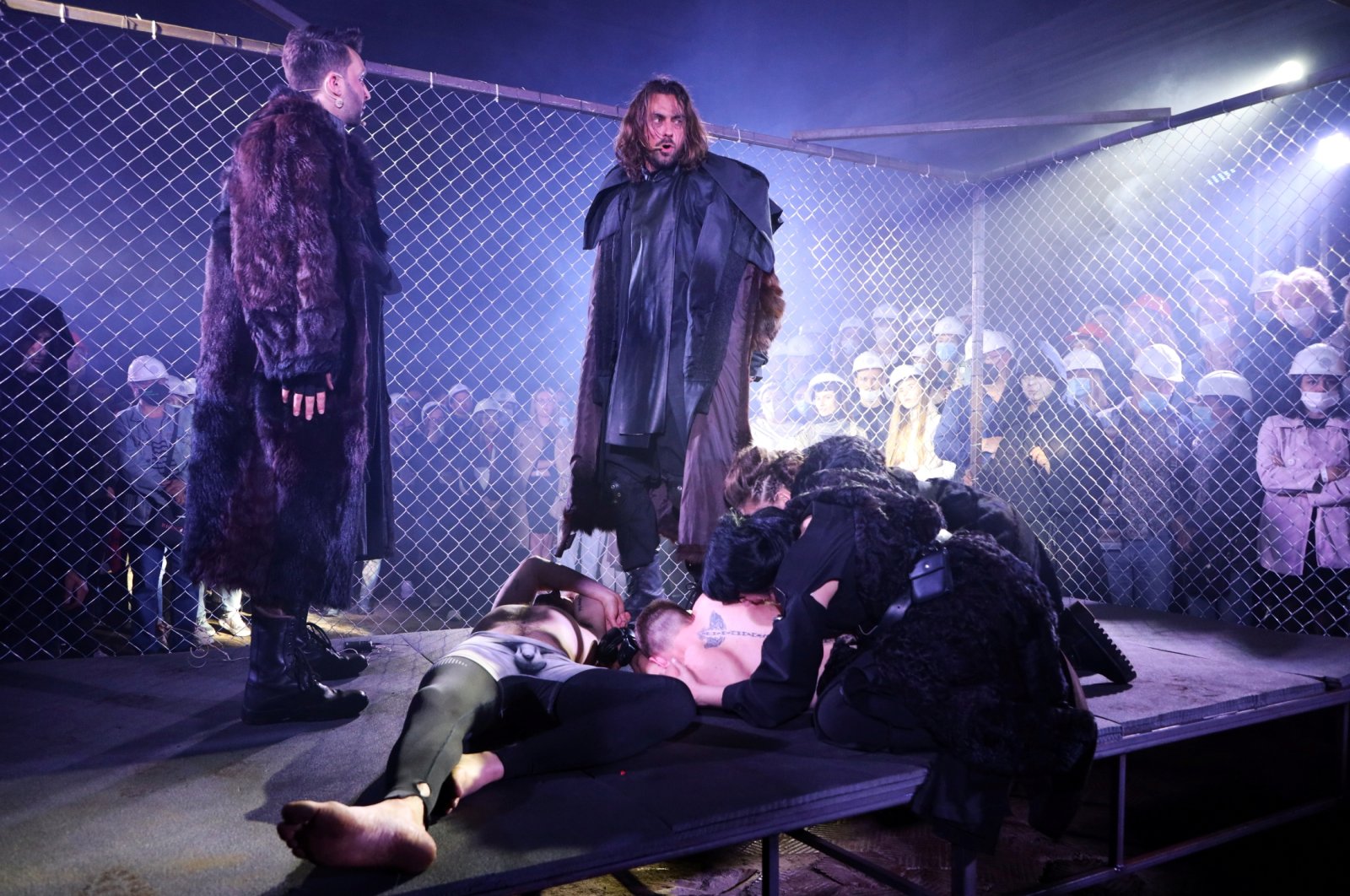 Actors of the Ivano-Frankivsk drama theater perform during the play "Romeo and Juliet" staged in the industrial halls of an old Soviet factory in Ivano-Frankivsk, Ukraine, May 29, 2021. (Reuters Photo)
by Reuters Jun 07, 2021 12:10 pm
RECOMMENDED

Art is important and appeals to everyone. It can be performed regardless of the venue, and a group of actors and a theater in Ukraine's Ivano-Frankivsk are trying to prove that notion as they stage William Shakespeare's famous “Romeo and Juliet” with reinvented style in the industrial halls of an old Soviet factory.

Before the performance starts, spectators are given hard hats and a map to navigate the factory's workshops and the theater's basement.

The audience follows the actors through different locations as the performance unfolds, watching from different angles.

Rostyslav Derzhypilsky, head of Ivano-Frankivsk drama theater and director of “Romeo and Juliet,” gives Shakespeare's story a modern twist. Instead of the opening scene of a ball at the Capulet's house, Romeo meets Juliet in a nightclub.

Derzhypilsky said he wanted the performance to have a “post-apocalyptic” feel.

"This location is extremely difficult. But it perfectly fits to illustrate the collision of spirituality, faith and the love of Romeo and Juliet and the world that surrounds them," Derzhypilsky told Reuters.

The iconic balcony kiss between Romeo and Juliet takes place in an industrial watchtower, and a fight between Tybalt and Mercutio erupts inside a massive cage.

Young actor Oleh Panas, who plays Romeo, said he was daunted when he saw the improvised factory stage for the first time.

"On one hand, the location swallows the actor, it is hard not to get lost inside this colossal setting," Panas said.

"But on the other hand, (it) adds value to the performance concept and to the actor's emotions. A cold, massive area, stairs, all these elements strengthen an actor's feelings."