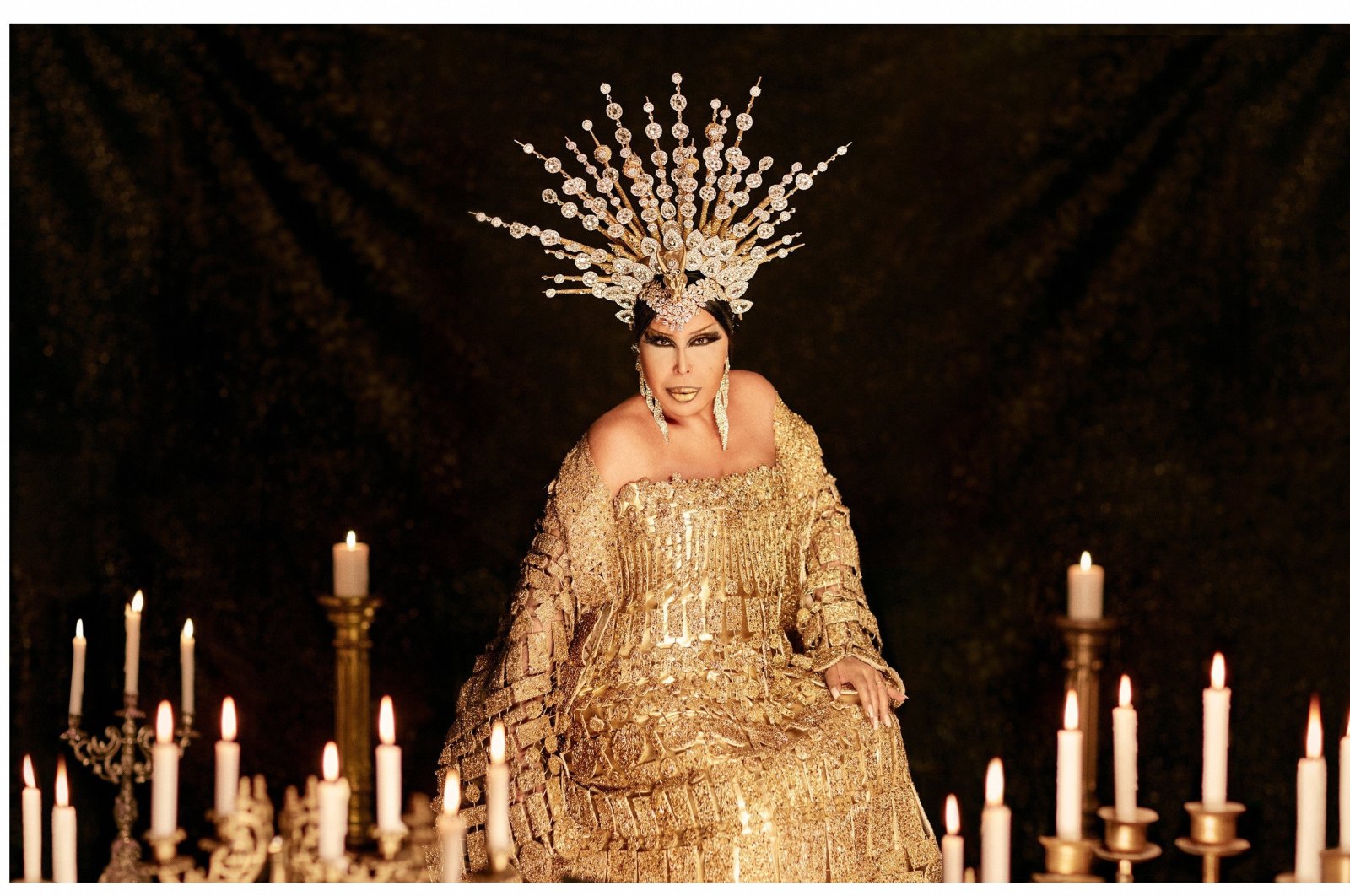 Dubbed the ‘Turkish diva,’ beloved singer Bülent Ersoy is a national icon who rose to fame with her extraordinary voice after undergoing gender reassignment surgery, a decision that started a challenging chapter in her life and career

It is a surprising fact that Bülent Ersoy, Turkey's first-ever transgender celebrity, was at the peak of her "male" singing career when she made the decision to undergo gender reassignment surgery to fulfill her lifelong dream of becoming a woman. It is even more surprising that she was second to only Zeki Müren, Turkey's queer “Sun of the Arts,” who was a national phenomenon himself. Müren was obviously a gay icon though he never publicly admitted it, which helped him avoid persecution from authorities and scrutiny from people. To protect the singer, the media often fabricated stories about Müren's romantic affairs with women even though he chose men as lovers.

Ersoy did not walk in Müren’s footsteps, she instead endured pain, suffering and frustration simply for her gender choice. She was suspended from the stage and microphone for years, which is like a death sentence for a singer of her caliber. She was once put in jail for insulting a judge and was shot while on stage after refusing to sing a popular political song. Although Ersoy is clearly a fighter, she is also famous for her very difficult personality, prone to caprices, making annoying speeches and insulting others.

On the other hand, Ersoy has remained a respected singer nationwide as the public's love for her as an artist has never faltered. For the last four decades, she has remained at the summit of both arabesque and Turkish classical music. She is also considered a musical and cultural authority with a perfect eye, strong knowledge of Turkish classical music and a masterful command of the traditional Turkish language. One of the idioms she used on the TV show "Popstar Alaturka," “fevkaladenin fevkinde” (something along the lines of “superior to the supreme”) has become the symbol of the precise, elevated use of traditional Turkish.

Bülent Ersoy was born “Bülent Erkoç” on June 9, 1952, in eastern Malatya province to a middle-class family. Both her parents were bank agents, and her grandfather was a shareholder of Garanti Bank. She moved to Istanbul in 1960 with her parents.

Ersoy’s parents wanted her to follow in their footsteps and become a bank agent, enrolling her at the Kadıköy High School for Commerce. However, Ersoy was not the banker type. She was a natural-born artist and fancied herself a singer like the great diva Müzeyyen Senar. After high school, Ersoy received private music lessons from masters like Melahat Pars and Rıdvan Aytan. Some sources say that she is a graduate of the State Fine Arts Academy while others suggest that she graduated from the Municipal Fine Arts Academy. In actuality, Ersoy enrolled at the State Fine Arts Academy in Istanbul but left after two months.

As early as 1970, at just 18 years old, Ersoy won a song contest held by Sunar Concert Bureau and performed on stage at a local music hall in the Üsküdar district of Istanbul. She made her debut record in 1971, which was a 45-inch disc with two songs on it, namely “Lüzum Kalmadı” and “Neye Yarar Gelişin?” In 1974, Ersoy sang at the Maksim Casino, which was Istanbul's most popular music hall during the decade. She then recorded her first LP of classical Turkish songs, including “Tut-i mucize guyem,” a famous poem by the 17th-century poet Nefi set to music composed by Ottoman-Turkish musician Buharizade Mustafa Itri. The album was a big success, earning Ersoy nationwide fame. She went on to record classical Turkish songs for the state radio and television institution, TRT.

Transgender diva and beyond

In August 1980, Ersoy was involved in a scandal at the Izmir Trade Fair, a traditional event for national singers. In the wake of the scandal, which coincided with the Sept. 12, 1980 military coup, she maintained her relentless attitude and insulted a judge, landing her in jail for 45 days.

After prison, Ersoy underwent gender reassignment surgery in London in 1981. However, she was banned from singing like all other transgender and gay artists in Turkey due to a law enacted by the military junta that took over the administration on Sept. 12, 1980. Ersoy left the country and lived in Germany and Australia until 1988. Ersoy was not formally recognized as a woman on her identification or allowed to perform on stage until after Turgut Özal, the prime minister and later president, helped change the law banning transgender artists in 1989.

Now officially a woman, Ersoy returned to the stage and recorded more music. Some of her records were among the bestsellers of the 1990s. One of her most popular catchphrases, “Ablan kurban olsun sana,” meaning “your sister can give her life for you,” was a declaration of her new gender, which was generally embraced by people.

Ersoy has a special voice, soft for a male singer but strong for a woman, with a wider range than most. She interprets arabesque songs in a classical style, and I think she brings classical songs closer to the sound of arabesque.

Ersoy took the stage at international venues like Madison Square Garden (1983) and Paris' Olympia (1997) over the course of her career. She also starred in some films and TV series, a negligible aspect of her career. Ersoy has also sat in the jury seat on a few TV singing competitions.

In short, the diva's transgender status, talent and good relationship with the media have granted Ersoy the status of an icon in Turkey. She remains quite a popular public figure and has become a symbol for the LGBTQ community in Turkey over the years.