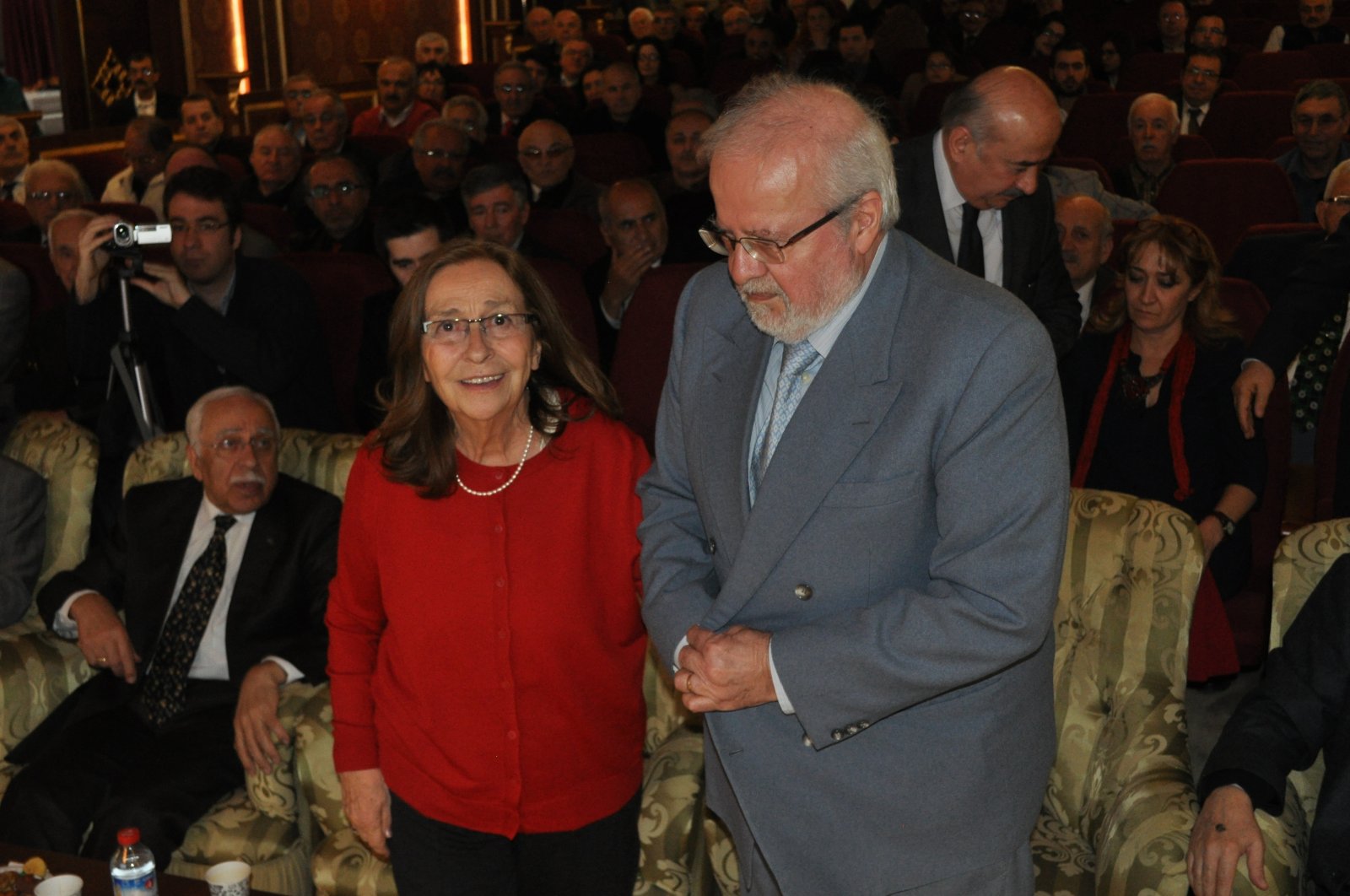 Publishing her writings in rather conservative and nationalist journals and newspapers, author Emine Işınsu wrote about many diverse themes, including Turkish minorities and the nostalgia of the Ottoman era, with a sentimental style

In the case of modern Turkish fiction, conservative authors have suffered at times from a lack of credit that literary circles give to their work. While the work of a conservative author may sell as many copies as other authors or is just as aesthetically pleasing, their opponents' own political bias means that the contributions of conservative authors are discounted outright.

One example is Emine Işınsu, who recently passed away. Though she was a well-read author with more than 20 works of both long and short fiction, her name rarely appeared in media, whether literary or general.

Emine Işınsu was born on May 17, 1938, in northeastern Kars province, where her father Aziz Vecihi Zorlutuna, a brigadier general of the Turkish Armed Forces (TSK) once worked. Her father’s family were Bulgarian Turks while her mother’s side was from eastern Erzurum province. Her mother, Halide Nusret Zorlutuna, was a famous author with many volumes of poetry, fiction and non-fiction. Both her aunt on her mother’s side, Ismet Kür, and her cousin Pınar Kür, aunt Ismet’s daughter, are fiction writers.

Işınsu enrolled at elementary school in three different places: southeastern Şanlıurfa province, Kars’ Sarıkamış district and the capital, Ankara, because of his father’s rotation of duty. She graduated from Alparslan Elementary School, Cebeci Middle School and private TED (Turkish Association of Education) High School, all in Ankara. In high school, she visited the United States as an American Field Service (AFS) exchange student.

In high school, Işınsu began writing poems and short stories, which were published in a local journal. Taking advantage of having been born into a family interested in writing fiction, she published her first volume of poems in 1956 while in the tenth grade. She also worked as an editor for the journal where she used to publish her works.

The author enrolled in the English Philology Department of the Language-History and Geography Faculty of Ankara University to please her father. Then, Işınsu visited the U.S. once more for another six months through a Fulbright scholarship to study social work. After two months of courses, she completed the program as a social worker for a youth camp, where she was responsible for 11 kids.

After her return from the U.S., Işınsu studied at the Department of Business at Middle East Technical University (METU). She married Erdoğan Cemil Okçu in 1959 when she was still a university student.

After marriage, Işınsu couldn’t cope with the burden of juggling three lives at the same time, that of a housewife, writer and student. She tried to study at the Philosophy Department of Ankara University but failed to get a university diploma. She also gained a fourth hat to wear, that of an editor. Leaving school, Işınsu became engaged with literary journals. She used to write for prominent periodicals published by conservative circles including “Hisar” and “Kadın,” and newspapers such as “Yeni Istanbul” and “Sabah” during the 1960s. She was a member of the editorial board of the second publication of “Hisar.”

She became a relatively popular name in 1966 when her first novel “Yeni Dünya” (“A New World”) won the Art Prize of the Ministry of Tourism and Publicity. The novel was first published in “Yeni Istanbul” in chapters in 1967 before it was released as a book.

Işınsu divorced from her first husband in 1969 and married Iskender Öksüz in 1972, with who she had three children.

Starting in the early 1970s, Işınsu became a regular character within the conservative literary circle. After the “Hisar” challenge of the 1960s, she began to publish a journal named “Ayşe” in 1969, which would change to “Töre” in 1971. Her biggest supporter was her mother, Halide Nusret Zorlutuna. Işınsu ran the “Töre” journal for ten years until 1981, when she moved to Saudi Arabia for her husband's job. She also contributed to other conservative and nationalist periodicals such as “Türk Edebiyatı”.

One of the themes of her fiction books is the oppression against Turkish minorities in the Balkans, in particular in Bulgaria and Greece, and also in Kirkuk, Iraq. Other themes she explored include the morality of young females in an idealistic fashion, the nostalgia of the Ottoman era, the struggle of the contemporary Turkish youth (of the 1970s) under the heavy impact of the political turmoil of the time and Sufism. She has a soft voice as an author, sentimental and touching sometimes, demonstrating empathy toward her characters.