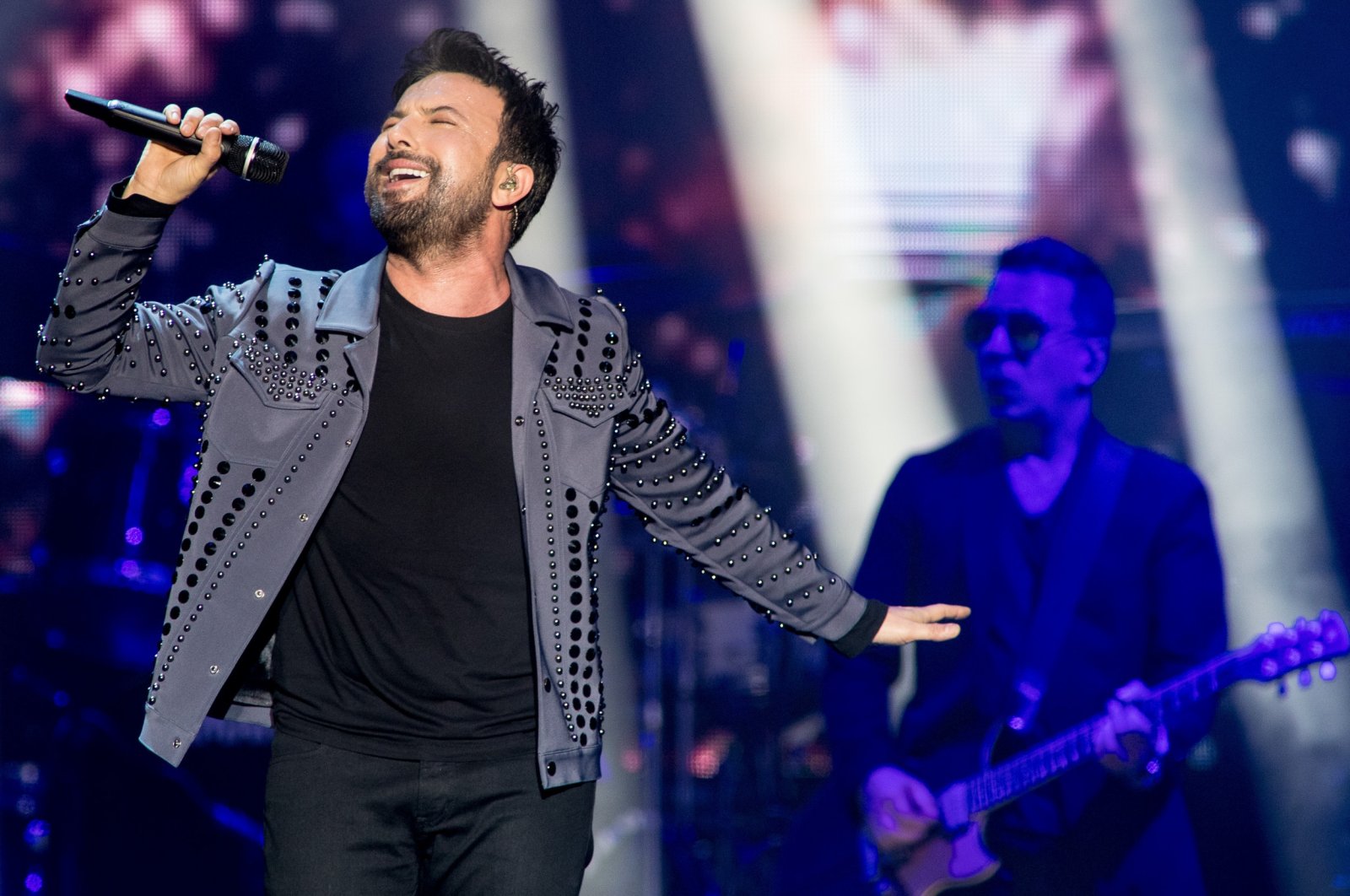 Tarkan, who has been a prominent figure in the Turkish pop scene since the 1990s, also garnered a huge following around the world with his many hit songs

While the Turkish audience has always been accustomed to listening to songs by foreign artists, Turkish singers rarely got the opportunity to sing for foreign audiences. Turkish singers who achieved international fame have generally been popular among nations that share the same historical background with Turkey. For instance, Ibrahim Tatlıses is still very popular in the Middle East in a variety of countries from Iran to Israel. Despite their political confrontation, both nations have always loved the energetic romance in Tatlıses songs. Similarly, Müslüm Gürses' music is a regular favorite among Arabs, while Turkey’s neighboring countries, including Bulgaria, Greece, Georgia and Armenia, have sung the same folk songs as the Turks for centuries.

The first Turkish pop singer to be known abroad would be Tarkan, who began his career in the early 1990s and became a global pop star throughout the years. Tarkan’s “Şımarık” song charted both in Europe and in the Americas with translated titles like “Spoilt,” “Kiss Kiss,” “Chanson du Bisou” and “Besos.” The “Kiss Kiss” version performed by Holly Valance hit number one on the U.K. charts. The song has many other versions and remixes done by various performers belonging to different genres.

Tarkan was born Hüsamettin Tarkan Tevetoğlu on Oct. 17, 1972, in Alzey, Germany to Ali and Neşe Tevetoğlu, who resided in Germany as immigrant workers. The name “Tarkan” comes from a heroic comic book that was popular in the early 1970s and even adapted for cinema by Tunç Başaran.

Tarkan’s family returned to Turkey in 1986 and began living in the Karamürsel district in Kocaeli province in Turkey's Marmara region. Tarkan’s father died of a heart attack in 1995 at age 49 and was buried in his hometown in the Rize province of the Black Sea region. Tarkan’s mother, Neşe, survived Tarkan’s father and married architect Seyhun Kahraman. The singer's family members live both in Turkey and Germany. Though he was raised in Germany, Tarkan speaks little German but is fluent in English in addition to his native Turkish since he lived the majority of his life in Turkey and the United States.

Tarkan enrolled in high school in Karamürsel, while he was also admitted to the Üsküdar Musiki Cemiyeti (a private academy for Turkish classical music). In 1988, he moved to Istanbul with his family and pursued music as he couldn’t pass the university exams in 1990 and had no money at all. He completed his education at the Usküdar Musiki Cemiyeti and performed music occasionally at various events like weddings.

After his university exam failure, Tarkan began to think about moving back to Germany to become a professional musician. However, he changed his mind after meeting Mehmet Söğütoğlu, a music producer based in Istanbul. Söğütoğlu helped Tarkan produce his debut album “Yine Sensiz” ("Again without You") at the end of 1992, which showed he had a real shot at becoming a professional. Though he was not known by the wider audience, and only familiar to his loyal fans, the songs on that album are strong lyrical ballads, unlike the dance-oriented pop hits he made later.

Tarkan made his first hit in 1994 with the “A Acayipsin” ("Oh, You’re Different"), in which he collaborated with Sezen Aksu, the godmother of the Turkish pop, who has helped Tarkan throughout his entire career. “A Acayipsin” is a combination of dance songs and street slang as in “Şıkıdım/Hepsi Senin Mi,” which was sung by teenagers in the streets, together with romantic tracks like “Dön Bebeğim” ("Baby, Come Back to Me"), which showed the soft quality of Tarkan’s voice stemming from his classical education.

Tarkan owes his success to the aforementioned combination of the tawdry pop sound and his vocal performance as a classical Turkish music soloist – something he would show more in later years.

Tarkan went on a big tour with his songs from the “A Acayipsin” album, performing at 85 concerts at home and in Europe. This was his first work abroad. Though a majority of his audience in Europe was made up of Turkish teenagers belonging to immigrant families just like Tarkan’s, foreigners also began to enjoy the new Turkish vibe and slang words.

Unfortunately, Tarkan was heavily scrutinized because of a gaffe he made in a live TV interview, after which he moved to New York to learn English. The singer could only return to the Turkish TV scene by singing pure classical Turkish songs, which is another aspect about Tarkan loved by the whole nation. In particular, his performance of the “Makber” (The Grave), an excerpt of a long poem by Abdülhak Hamid Tarhan written for his deceased beloved one, is considered one of the best classical Turkish music performances in recent years.

Tarkan’s third album, “Ölürüm Sana” ("I’d Die for You"), sold 4.5 million copies in Turkey alone and brought him his first national music award. The album was released in Europe in 1999 and landed in the top three on the charts in countries like France, Germany, Switzerland, Belgium and the Netherlands. One of the songs of the album, “Şımarık” ("Kiss Kiss"), was later bought from the composer Sezen Aksu after Tarkan and Aksu had a dispute over the copyrights of the song, leading Aksu to cut Tarkan’s right to release an English version.

Thanks to the global fame of “Şımarık,” Tarkan received a golden disc at the Cannes Midem Awards. “Ölürüm Sana” sold about half a million copies in France.

The singer recorded a self-titled album called "Tarkan" for a European audience before he set out on a global concert tour in which he traveled to Ukraine, Russia, Tunisia, Morocco and 17 different European cities as well as Latin America.

In the 2000s, Tarkan’s many albums and singles sold both at home and abroad, though some of them were not globally released. For instance, his “Karma” album was exported to Russia in huge shipments, and he became the bestselling non-Russian performer in the country.

Despite his global success with his original Turkish albums and singles, Tarkan couldn’t achieve the same with his works in English.

Tarkan married Pınar Dilek in 2016. The couple has a daughter named Liya.