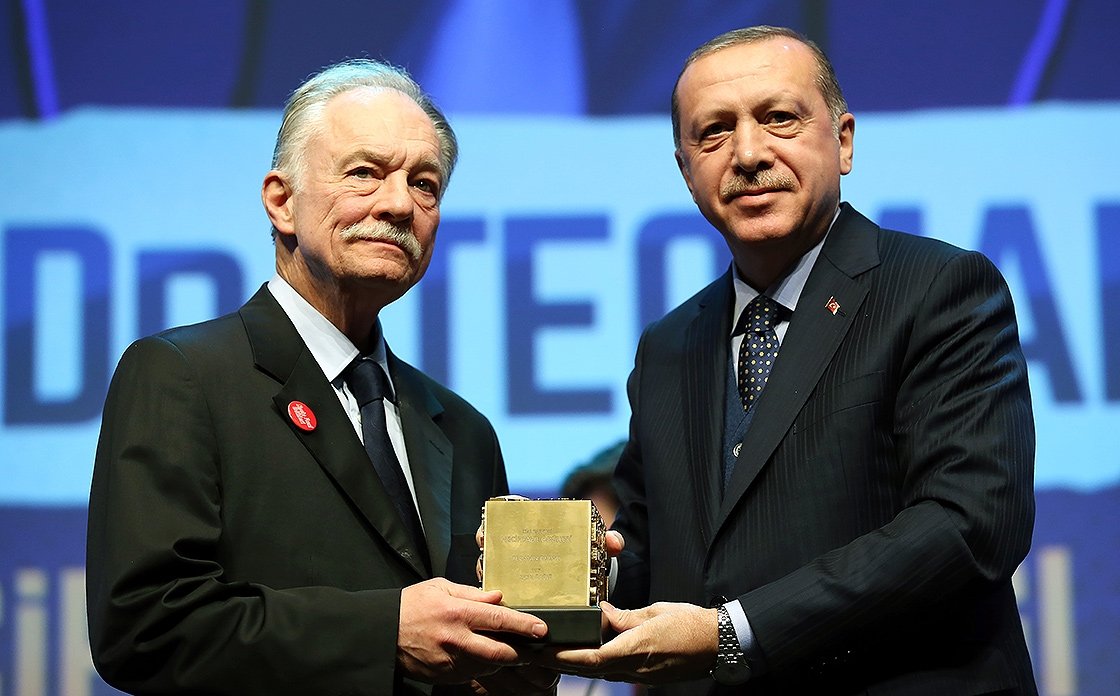 Professor, biologist, academician and thinker Şaban Teoman Duralı, who focused on philosophy from the biological standpoint throughout his career, left his mark on the Turkish academic world, students and readers with his distinctive style of interpretation

Western philosophy entered the curriculum of Turkish higher education in 1865 when the first modern university was founded. However, the first philosophy department only began to admit students after the 1933 University Reform. At least initially, philosophy education owed much to German professors, who fled the National Socialist rule in their homeland. Walter Kranz, an expert in ancient philosophy, Hans Reichenbach, a leading philosopher of science and a proponent of logical empiricism and opponent of logical positivism, Heinz Heimsoeth, known widely for his work on the German philosopher Immanuel Kant, Joachim Ritter, one of the famous disciples of Martin Heidegger, lectured at the Istanbul University Philosophy Department for years.

The second type of philosophy lecturers were the Turkish authors born during the late Ottoman period and who generally obtained philosophy degrees abroad, especially in Germany. Hilmi Ziya Ülken, Suut Kemal Yetkin and Takiyeddin Mengüşoğlu were of this second type.

However, philosophy couldn't have become a settled way of thinking in Turkish. Though taught at the higher education level and beyond, even the philosophy lecturers generally do not consider themselves philosophers. A very small group of people in Turkey dare to act as philosophers. Teoman Duralı was one of them with his peculiar, not to say charismatic, style of speaking, lecturing and writing. Though he complained about his "zero-effect" on the audience, he had a distinct influence on many students at the university, including students not registered at the philosophy department and his readers. Once you met him, in person or by reading, you would not avoid the incitement of his very peculiar way of thinking and react by questioning your own thinking or refusing to think, which is typical in the case of a philosopher.

As a child, Duralı was acquired a strict sense of discipline from his mother, though he never liked it. Once he said, "What I didn't like has become my life. For example, I have never wished to become a professor. I even didn't like reading at all."

Duralı was first schooled at the Çatalağzı village primary school. "Çatalağzı was a paradise of my own," he remembered, "where I was always wandering around with my fellow friends." He wasn't fond of reading, indeed anything related to schools.

Unlike many authors, he hadn't any favorite classes. He, instead, hated all of them. Rather, he liked to play around and steal fruits from neighbors' gardens with his dear accomplices.

In 1954, his father was elected as a member of parliament, which meant "a fall from the garden of Eden" for little Teoman because the family had to move to the capital Ankara, which Duralı called "Ankara the hell." Once, he even said, "Whatever I have loved in my life, Ankara lacked it. I love the sea, which Ankara doesn't have. I love forests, Ankara has none."

Though, an atlas he received in Ankara would change his attitude toward knowledge and school. The atlas, brought by a relative from Germany, triggered his curiosity about other places in the world, and he started to read other stuff, too. He began reading books on geography and history, and he learned German, beginning with a practical course from his German mother. He continued self-learning of languages. Duralı could speak many languages, including German, Latin, English, French, Greek, Russian, Malay, et cetera.

After high school, Duralı dreamed of escaping to Istanbul to get on a ship to travel further to Norway to work as a maritime worker. But, on the other hand, the bitter truth was that his father made him enroll at the Vocational Education Institute, where one of his teachers opposed him by saying, "You cannot be a roofer or a mason; you were born to make philosophy." So, Duralı enrolled at the philosophy department, where he graduated in 1973. He also graduated from the biology department of Istanbul University.

Duralı combined his two official degrees and submitted a doctoral dissertation concerning the philosophy of biology, which remained his expertise throughout his entire life. Philosophy of biology or biological philosophy was like a toolkit of thinking for Duralı. Biology is also one of the primary references of his cultural thought. By reviewing the theory of biology, he offered criticism on modern Western thought and started to carve his path for philosophy in Turkish for Turkish society.

He began to work at Istanbul University as a research assistant, where he obtained his PhD degree in 1977. He attended biotechnology seminars in Paris in 1978 with a NATO scholarship and became a full professor in 1988 after completing his work on Kant at Penn State University in the United States. He taught philosophy at foreign universities in Vienna and Kuala Lumpur as a visiting professor. It was in 1996 when he also made a research trip to Kazakhstan, Kyrgyzstan, Uzbekistan, Tajikistan and Turkmenistan with the financial support of the Istanbul University Research Fund. With his unusual way of thinking and interpretation skills, Duralı also shared his knowledge and experience with audiences by creating the program "Philosophy Talks," which aired on TRT 2.

For the last two decades, Duralı became more critical of Turkish modernization and Western civilization. He thought that Western capitalism decreased the organic human beings to the level of just living creatures. For Turkey, he offered an interesting biological-vitalist philosophy referring to the historical mobility of the Turkish people.

In November, it was announced that Duralı was among the recipients of the 2021 Presidency Culture and Arts Grand Awards in the fields of science and culture. While the award would be presented later in December, Duralı, unfortunately, died on Dec. 6, 2021.