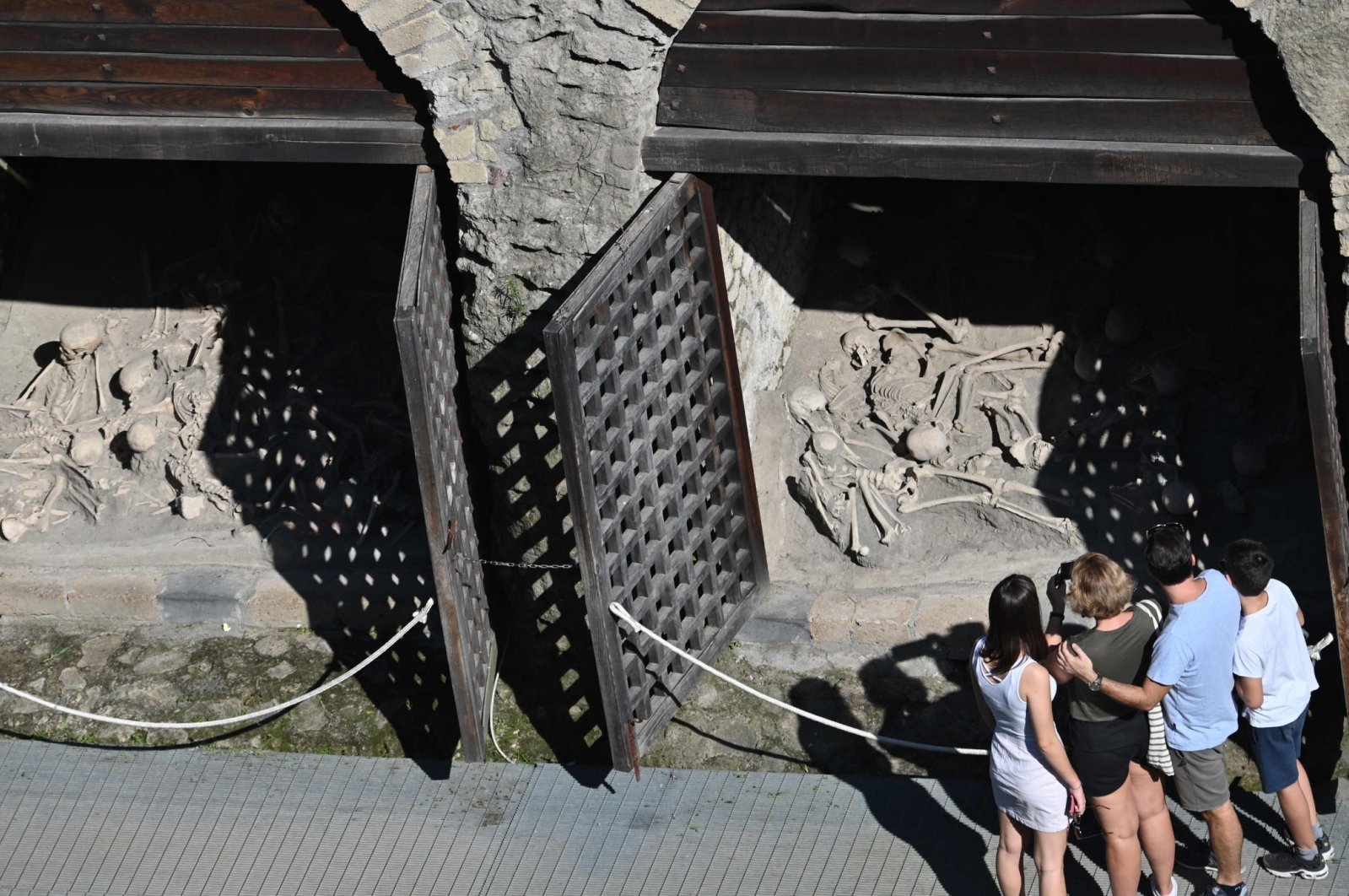 Imagine the classic tale of the old man and the sea – except this time it is an ancient man engaged in an epic struggle with a shellfish, not a giant marlin. After examining the victims from the eruption of Mount Vesuvius in 79 A.D., archaeologists have concluded that people of the time and region ate far more fish than modern Italians. So, the ancient Roman man and the shellfish of the sea... It doesn't have quite the same ring to it, but it is still a "shell-shocking" find.

The researchers, led by a team at the University of York, analyzed amino acids – the building blocks of proteins – in 17 adult skeletons excavated from the city of Herculaneum, a popular seaside resort that remained buried under volcanic ash until the 18th century.

By studying the ratio of carbon and nitrogen isotopes of the amino acids and applying a statistical model, they were able to differentiate between food groups with a new level of precision, the team wrote in the journal Science Advances on Wednesday.

"Cemeteries are usually used over a certain period, we're talking about hundreds of years, and the food sources may have changed because of changing climate or different trade routes," she said.

Though Herculaneum and nearby Pompeii were destroyed by the volcano, most inhabitants managed to escape in time, senior author Oliver Craig, a professor of bioarchaeology told AFP.

The 11 men and six women studied by the team were picked at random from 340 people who died on the beach and from nine adjacent fornici – stone chambers for boats – where they had sought shelter from the pyroclastic flow.

"We found a surprisingly high amount of marine contribution to the diet of these people, particularly compared to the modern Mediterranean population," said Soncin, with the ancient dwellers eating about three times the amount of seafood compared to their counterparts today.

Herculaneum's sewers were filled with fish bones, prior research has shown. Typical species would have included porgies, tuna and shellfish.

They also discovered a significant sex gap within the group, with males on average getting 50% more of their protein from seafood compared to females.

Men also got slightly more protein from cereals compared with their female contemporaries, while women obtained more of their proteins from animal products and locally grown fruits and vegetables.

The team put forward several possible reasons: men may have been more involved in fishing than women, but the historical record also shows that certain fish such as tuna were considered high-status food in Roman society, with men having more access.

Another aspect is that, although Herculaneum was known as a resort for the elite, it was also home to many slaves and freedmen, said Craig.

Male slaves had a higher chance of emancipation than women and were generally freed at an earlier age, giving them more access to coveted foods.

"Now we've got a way and approach for actually quantifying diet in the past, so what we want to do is apply this more widely through time and space," said Craig.

He hopes to next examine how quickly diets shifted when prehistoric humans moved from hunter-gathering activities to agricultural societies.