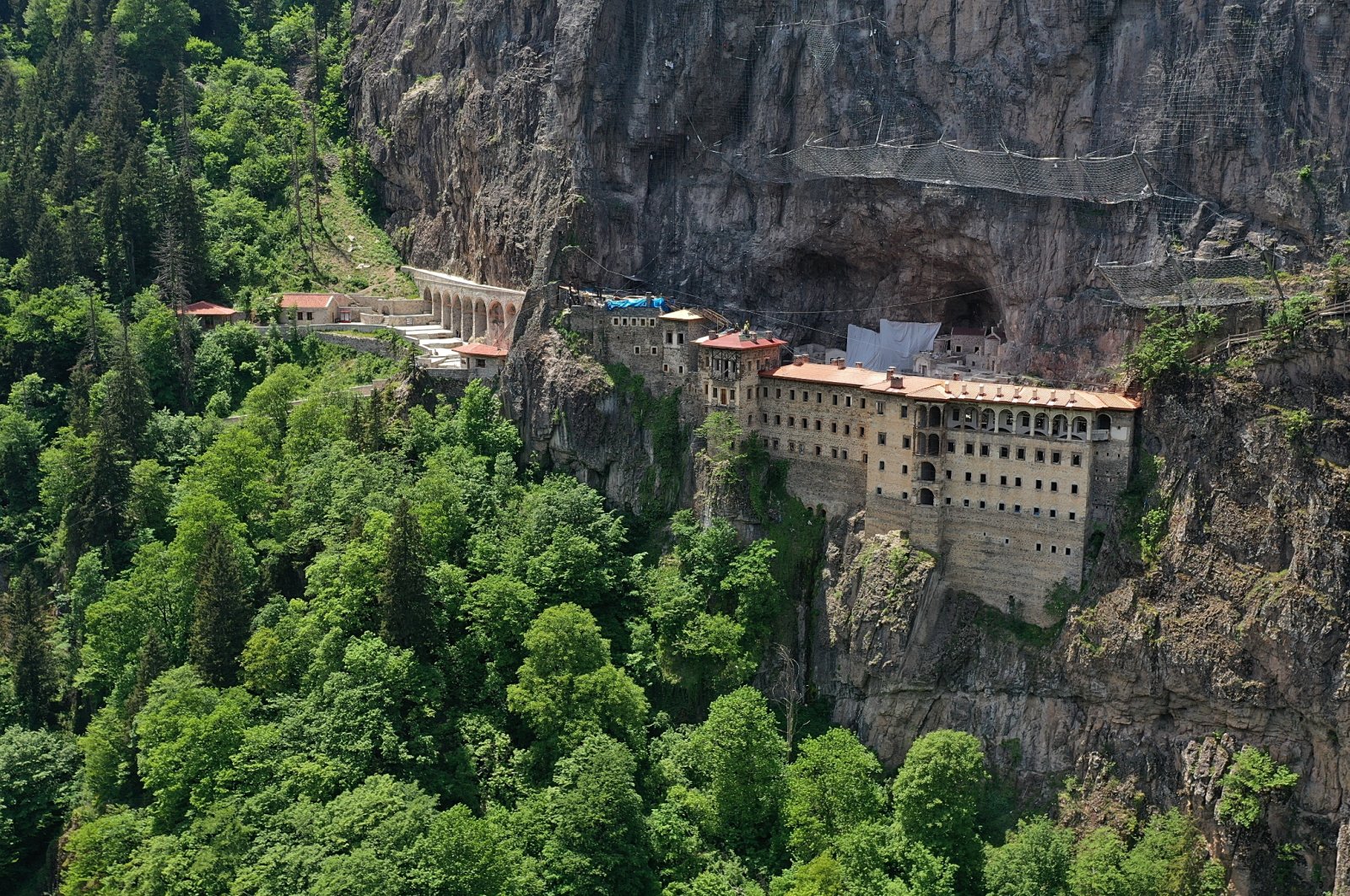 Preserving historical sites is vital to the survival of cultures and one of the biggest ways this is achieved is through restorations. The Sümela Monastery, one of Turkey's most important religious tourism centers, has nearly completed its five-year restoration process, local authorities said Sunday.

Trabzon Culture and Tourism Provincial Director Mustafa Asan said the first stage of the restoration, which included the rehabilitation of rocks, the restoration of the outer courtyard and the planning of the surrounding landscape, had been completed in 2019, and the monastery was reopened to visitors the same year.

As part of the works, a team of climbers painstakingly removed dangerous rocks from the slope. After the removal of hundreds of tons of stone, the interior sections of the structure were renovated and the footpath leading to the monastery was updated.

Since 2019, the second stage of the restoration process has been underway, said Asan. He noted that most of the second stage was completed in 2020, with the rock formation around and above the main entrance to the monastery strengthened. "There was also steel caging and what we call stabilization, done on rock surfaces," Asan told Anadolu Agency (AA)

Additionally, after the restoration of 12 structures was complete, 65% of the monastery was opened to visitors in 2020. Efforts to finish the rest of the restoration have been ongoing, non-stop, said Asan. All in all, the restoration is estimated to have cost approximately TL 50 million ($5.88 million).

The Sümela Monastery, which derives its name from "Sou Mela" in Greek, meaning “Black Mountain,” stands carved into the steep cliffside of the mountain 300 meters (984 feet) above the picturesque Altındere Valley, and is one of the most important tourist attractions in the Black Sea province of Trabzon.

The monastery which has been on UNESCO's World Heritage Tentative List since 2000, is also known as the Greek Orthodox Monastery of the Virgin Mary as it was dedicated to the Virgin Mary and believed to have been constructed by two Greek monks in the late fourth century.

Five engineers, 30 industrial mountaineers and 35 technicians currently work on the restoration of the Sümela monastery, according to Asan. Up to now, 80% of the work has been completed, he said.

"The Sümela Monastery is one of the vision projects of our ministry. Our aim is to leave a permanent legacy in our city, region and country," Asan said and added, "Because keeping such a work alive is as difficult as creating it. As the ministry, we are trying to overcome this challenge."