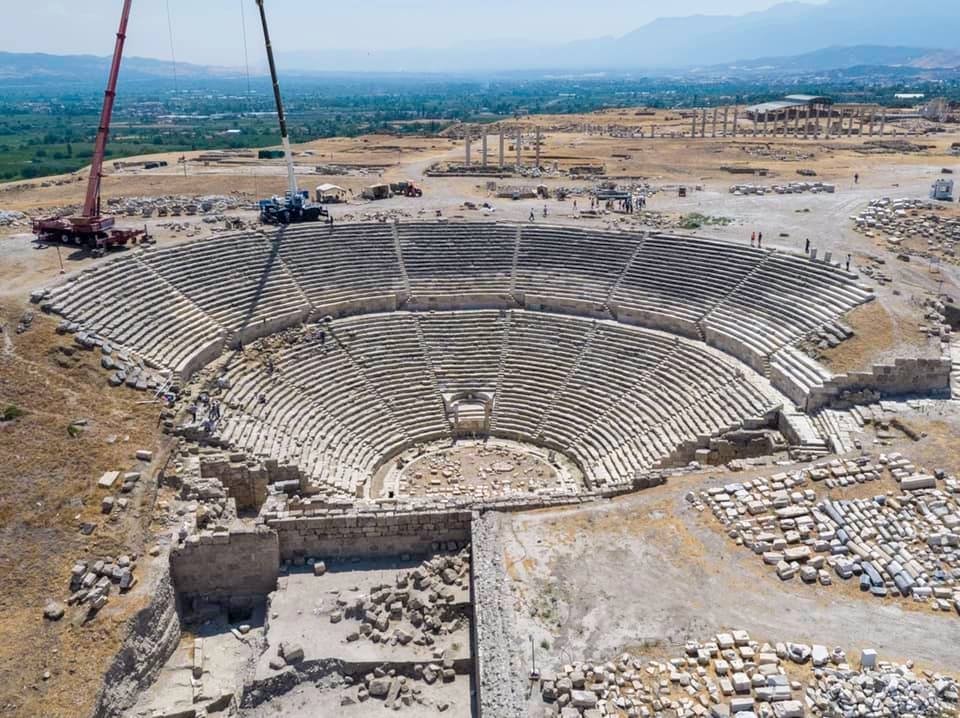 Restoration works on the 2,200-year-old theater in the ancient city of Laodicea, located in western Denizli province’s Pamukkale district, have been completed.

Laodicea was a largely unknown archaeological site before 2003, but the city was brought to light after excavation works were initiated by the Denizli Museum. A team of Turkish archaeologists, led by Professor Celal Şimşek from Pamukkale University, has been working in Laodicea continuously since 2003.

Şimşek and his team completed their restoration work on the urban theater of the city recently. Şimsek said in a press conference that the urban theater, with a capacity of 15,000 people, has been brought back to life.

Noting that the team applied the restoration techniques of international criteria, he said, "This is the most extensive project whose restoration has been completed in such a short time."

Şimşek added that 10 academics, a specialist architect, 12 archeologists, four restoring personnel and 20 workers participated in the faithful project, managing to carry out the work in as little as 15 years thanks to the contributions by the South Aegean Development Agency and the metropolitan municipality of Denizli.

Ancient sources say that the city was founded in honor of Laodice, the wife of Seleucid King Antiochus II Theos, in the third century B.C. However, excavations revealed that the history of Laodicea dates back much further, to as much as 5,500 B.C.

Regarded as one of the most important ancient cities in Anatolia, Laodicea is also home to one of the Seven Churches of Asia mentioned in the Book of Revelation.