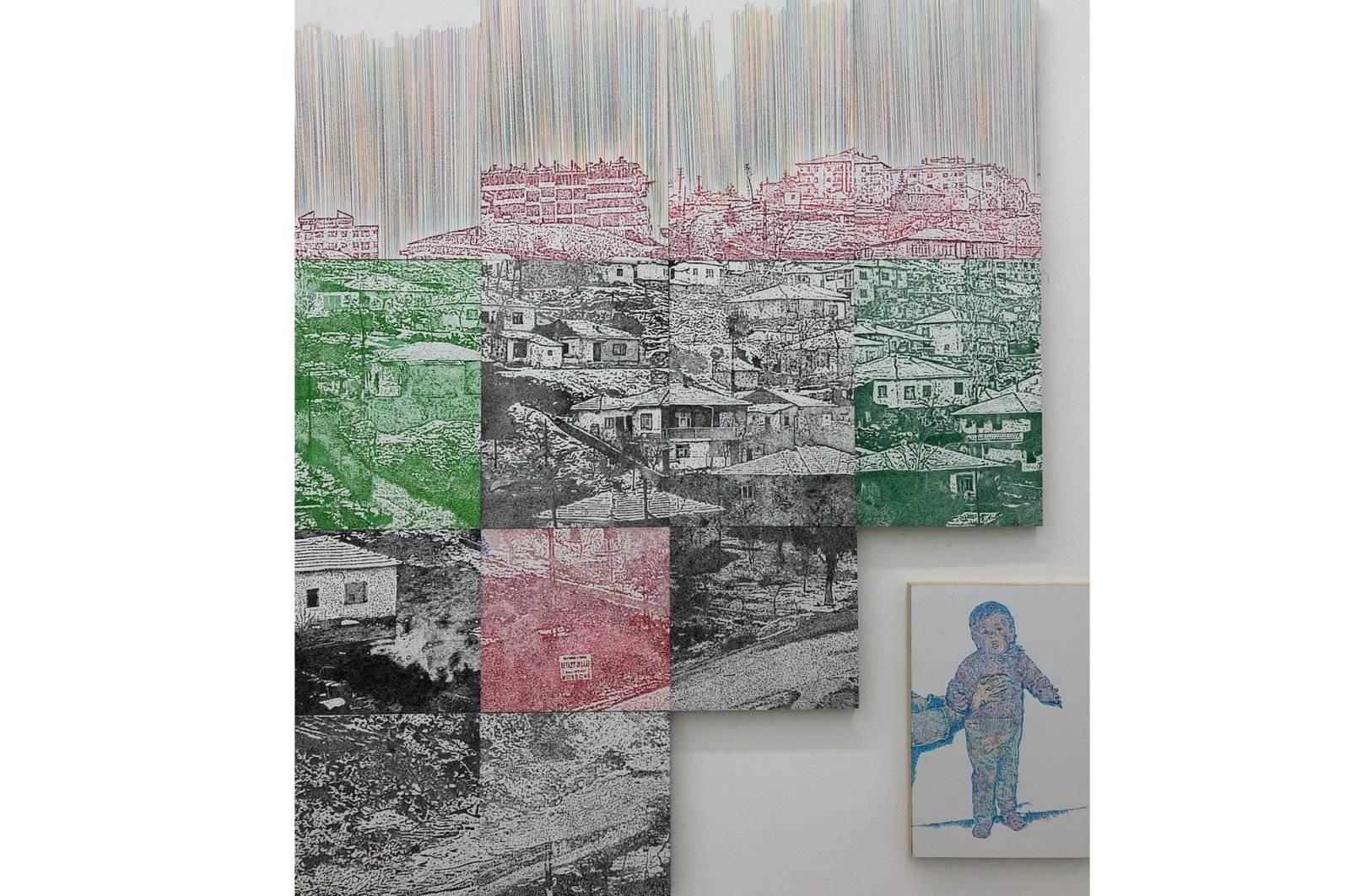 Inspired by the ubiquity of paper as a cornerstone of Western civilization, although imported from ancient China by way of the Islamic world, 12 artists, many illustrious in Turkey’s art scene, responded afresh

The approach to art as a function of media, or if single-use, by its medium, whether as critic or creator is largely myopic, anachronistic to bygone times when painting and sculpture served to inform and humble illiterate masses to the whims of state and church. Yet, in a cultural moment in which art is a vague, all-purpose term for anything goes, the return to medium-centric criticism and production holds water. That is one way to see a new curation by Selin Akın at the classy Ferda Art Platform, housed in an antique apartment in Teşvikiye.

The artists behind the group show, “Of Paper,” at the platform, represent some of the more innovative creators at the forefront of Istanbul’s art world, spanning contemporary generations from early- to mid-career, including a healthy, multicultural frame of perspectives that is laudably local in its worldview, a trait shared by such shows as “On Celestial Bodies” at Arter, or “Coulisse” at the Yapı Kredi Culture, Arts and Publishing, both curated by Kevser Güler. The interior of Ferda Art Platform is brightly whitewashed for “Of Paper,” a nod to its blank muse.

Paper itself is refashioned, in many cases returned, to its creative origins, and sheds its utilitarian plainness, revealing an inner world that serves to catalyze the human mind, despite the overarching breadth of its mass manufacture for the purposes of industrial education since the early modern era. Akın has curated “Of Paper” with an emotional sensibility for paper as part of the multimedia layering of recorded memories, in which the ground of being, of life itself, like that of paper alone, is eclipsed by the daily saturation of virtual remembrance.

And interestingly, it is inherent to the resilience of paper through time, and until today, within the prevailing technological paradigm, whether as the metaphor of an internet web page, or the unrelenting persistence of physical bureaucratic documentation, that it is also the result of multiple components. “Of Paper” explores the internal textures of materiality, through juxtapositions of shade and form, so as to project, illuminate and problematize the vehicle by which language is foregrounded over what might be seen as works of mechanical sculpture.

The postmodern Turkish poet Ilhan Berk, who enjoys a healthy body of his literature in English translation, serves as a forerunning inspiration for Akın’s conceptualization of paper. She draws from Berk’s poetic description of paper, which “knows loneliness,” as it “waits too,” as for an impression over its otherwise bare surface. Such artists at “Of Paper,” like the seasoned multidisciplinary practitioner and professor Ferhat Özgür, leaned into the textural properties of paper not only as a draftsman but as a seamster might puncture a piece of fabric.

“Healing Tactics” (2019) and “The Last Debris” (2021) are two of Özgür’s works on display for “Of Paper,” detailing his pointillist precision like the sculptor that he also is. Much of the show is like a quiet exercise, as the works are basic. Özgür’s works are mere pen and colored pencil on paper. “Healing Tactics” is a weave of physiologies, the body from the womb through childhood and adolescence, in various medical and sports contexts, interwoven with the parts of bodies and machines.

“The Last Debris” reveals the many colors of an irregular cityscape, one quite familiar to the urban landscape in Turkey, where various conditions of construction commingle, much of it self-made, humble residences overshadowed by corporate and municipal projects. And detached in the corner, Özgür placed a full-body portrait of a toddler, being held up by arms outside the frame. It is an apt comparison to the growing pains of what might controversially be considered to be within the frame of the housing sector in a developing economy.

Across from the drawings of Özgür in the opening hall of the platform, which is painted so off-white as to effect an experience of the void, there is a four-plus minute video by Hüseyin Aksoy, titled “Creative River.” It is a performative homage to the prehistoric tradition of handmade paper manufacturing, adapting a Sumerian narrative. The narration is distinctive for its recitation in Kurdish, a language that conjures the spirit of the Mesopotamian landscape, as broad as it is bewildering, as the cradle of civilization.

Beside the video are two sheets of paper made by Aksoy himself. They are rough, almost like parchment, yet, out of their vegetal fibers, mixed with sticks and leaves lies the vessel of mythological thought, on which the flood of Western history has spread over the plain of human consciousness, transfixing social and personal identities through its multigenerational self-hypnosis. Aksoy dates the beginnings of his artistic investigation to 2400 B.C., a century in which Mesopotamia warred among its Early Dynastic rulers.

At the end of Aksoy’s video, a piece of paper is complete, drawn from the river that is the Creative River, which could be understood as a magical fusion of the powers that have flowed with the stream of the Tigris and the Euphrates since time immemorial. Out of the past of humankind, Aksoy stepped into the same river just once and returned with the boon of historic inventions, that which has made history as it is known possible. The transportability of paper is the backbone of its resilience and stands as a cornerstone of Akın’s curation.

Against the wall facing the entranceway to the platform, the center of the exhibition is inhabited by the works of Inci Furni, an artist who has recently appeared as part of the prestigious opening year of solo exhibitions at the new Arter museum. For her contribution to “Of Paper,” Furni added a site-specific installation, “Empty-Full” (2021). Her signature, full-body portraiture is shot through with empty space, effecting a certain corollary to her use of paper when propped up in rolls, yet bled through with patches of luring color schemes.

Her large, acrylic on paper, “Still Life” (2021), is anything but still. Its flowing mass of swirling, overlapping textural coloration outline a kind of psychological confusion, which could be said to evoke the present moment, in which stillness is a requisite of lockdown society. Similarly, the charcoal draftsman Kemal Özen explored the interiority of the mind, mirrored and obscured under the effects of quarantine. His series of seven works, titled, “Idego” (2021), adapts the terminology of Sigmund Freud.

On the left-wing of the whitened, cubic exhibition space at Ferda Art Platform, there are works by Fatoş Irwen. She has mapped restricted space, camps and complexes, interconnected with strings of hair pinned down on nine, crumpled sheets of packaging paper. What appears, from a distance, like a cold architectural blueprint, is, by a closer examination, the emotional contiguity of open rooms. The artist seems to have interrogated herself in writing. In a fine black pen, she asks, “What is human?” or “Where is my body?”