Living in the past: Hugh Jackman's memory fueled 'Reminiscence' 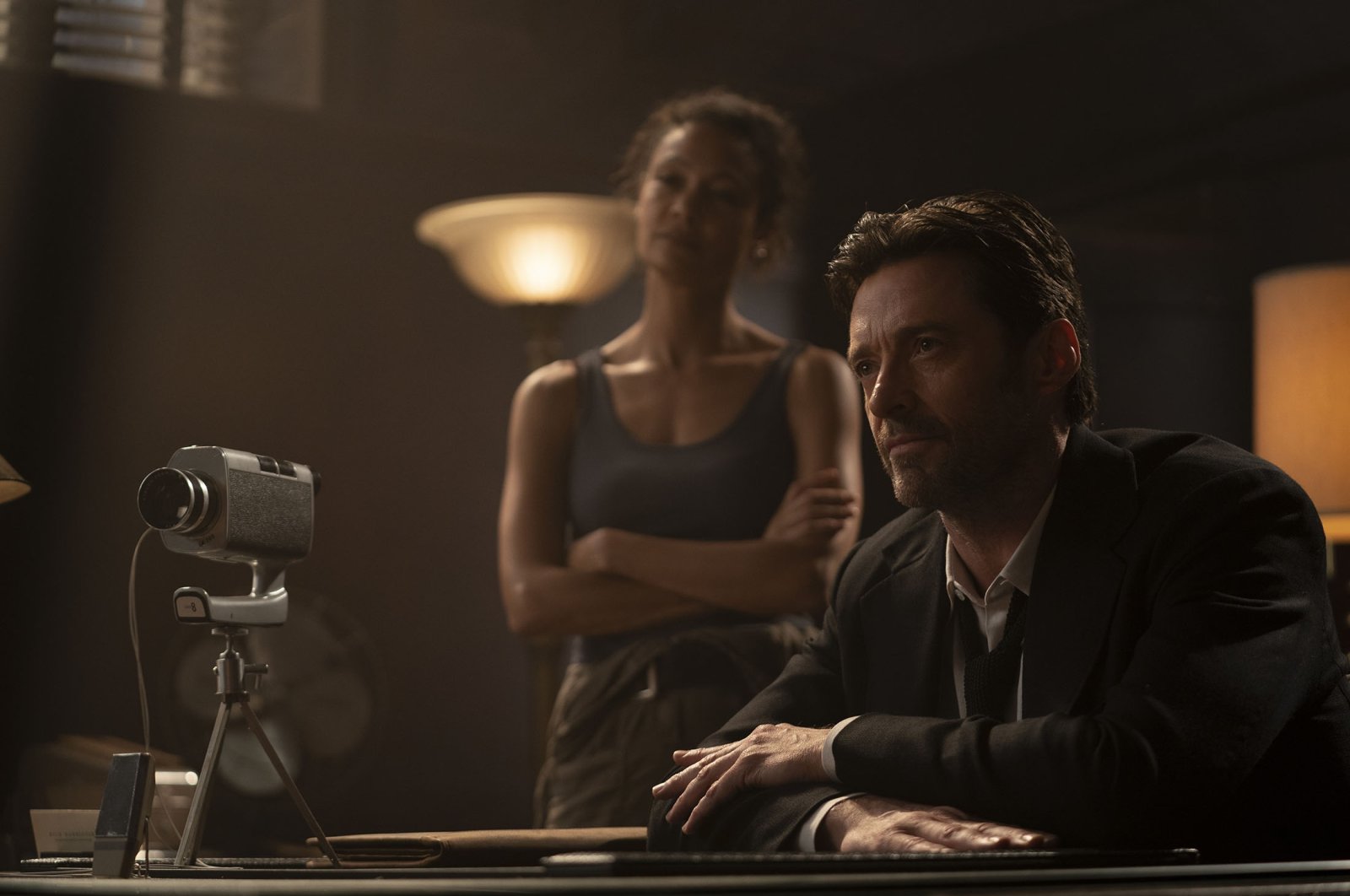 Thandiwe Newton (L) and Hugh Jackman in a scene from the film "Reminiscence." (Warner Bros. Pictures via AP)
by Associated Press Aug 19, 2021 11:28 am
RECOMMENDED

A flooded Miami that has turned into a dystopic version of Venice – and not because of poor drainage. The very real threat of climate change has changed the landscape of movies as well.

The planet's imperiled future has been in the DNA of disaster movies like "The Day After Tomorrow" for years, of course. But lately, climate has taken a more leading role in films proliferating as quickly as ice caps are melting.

This summer has seen the parched, Australian thriller "The Dry" (good movie, by the way) and "The Tomorrow War," a time-traveling war movie that leads to an apocalyptic threat unlocked by thawing permafrost.

In Lisa Joy's "Reminiscence," which debuts in theaters and on HBO Max on Friday, the first thing we see is water. The movie is set in a mostly submerged Miami in the near future, with canals flowing through high-rises in some sections. In other areas braced by an ocean wall, there are perpetual puddles. To escape the daytime heat, the city has also turned nocturnal. Or, at least, more so.

What would it be like living in such a world? It's reasonable, maybe even responsible to consider it. Joy, who wrote and directed the movie, has sensibly concluded we would probably spend a lot of time remembering better days.

In "Reminiscence," she has fashioned a shadowy, future-set film noir, with all the genre trappings of a hardboiled narrator, a slinky femme fatale, Venetian blinds and, most relevantly, a sense of the past's irrevocable hold over our lives – and our planet's.

That makes "Reminiscence" both kind of terrifyingly ominous to watch and a little comforting. Who knew that environmental disaster could be so stylish? The seas may be encroaching, but at least you can still get a stiff drink at a seedy nightclub and tersely muse on the past like private eyes of earlier times.

In "Reminiscence," everyone is hooked on nostalgia, which makes Nick Bannister's memory-weaving machine, in which people lie down in a shallow tank and are transported to any time from their past, something more like a drug den.

"Nothing is more addictive than the past," narrates Bannister (Hugh Jackman). With soothing direction, he guides customers to cherished memories – a tryst with a lost love, playing fetch with a beloved dog – illuminated on a round stage draped in translucent strings. (The production design by Howard Cummings is consistently terrific throughout.)

It's a fallen world, rampant in lawlessness, corruption and ennui. Bannister is a veteran of the wars that came when the waters rose. But Jackman, whose range extends from song-and-dance musicals ("The Greatest Showman") to suburban scandal ("Bad Education"), exudes little of the trauma of anyone who's been through war.

Jackman is a more reassuring presence. He doesn't slide into noir with the weariness of, say, Harrison Ford, or the disillusionment of Humphrey Bogart. But, then again, "Reminiscence" gradually grows more in the direction of melodrama than its dark premise might suggest.

"Reminiscence" properly starts with an old-fashioned kind of encounter: an alluring lady looking for her keys. Just after closing time, in walks Mae (Rebecca Ferguson), in a handsome red dress. There's immediately chemistry between her and Bannister, which his colleague, Watts (a typically very good Thandiwe Newton) eyes skeptically.

She's a singer at a club in a dark, neon-lit offshore district. Their first night out ends with Bannister taking her home, in a dingy by daylight.

As you might imagine, "Reminiscence" begins to play with what's real and what's memory, blurring the lines in between. When Mae disappears, Bannister begins pouring over their time together, searching for clues – some of which begin cropping up in other cases, including one involving a New Orleans drug kingpin (Daniel Wu).

To a remarkable degree – complete with a mysterious, disfigured bad guy (Cliff Curtis) – Joy's film is peopled by the dependable types of the genre. The story is never quite as impactful as the rising-seas set-up.

"Reminiscence" is Joy's feature-film debut, but as the creator of the HBO series "Westworld," she has already proven her considerable talent in fashioning vivid, intelligent sci-fi worlds out of contemporary anxieties.

"Reminiscence" may turn too sentimental and mutter a bit too much about "the past." Like its characters, it's drunk on what came before, relying too heavily on noir tropes. But its smart, thought-provoking concept isn't so easy to shake off.

The images of a half-submerged Miami are too eerily realistic. As Bannister sloshes around in shallows and dives deeper into the depths, "Reminiscence" will leave you soaked with unease.