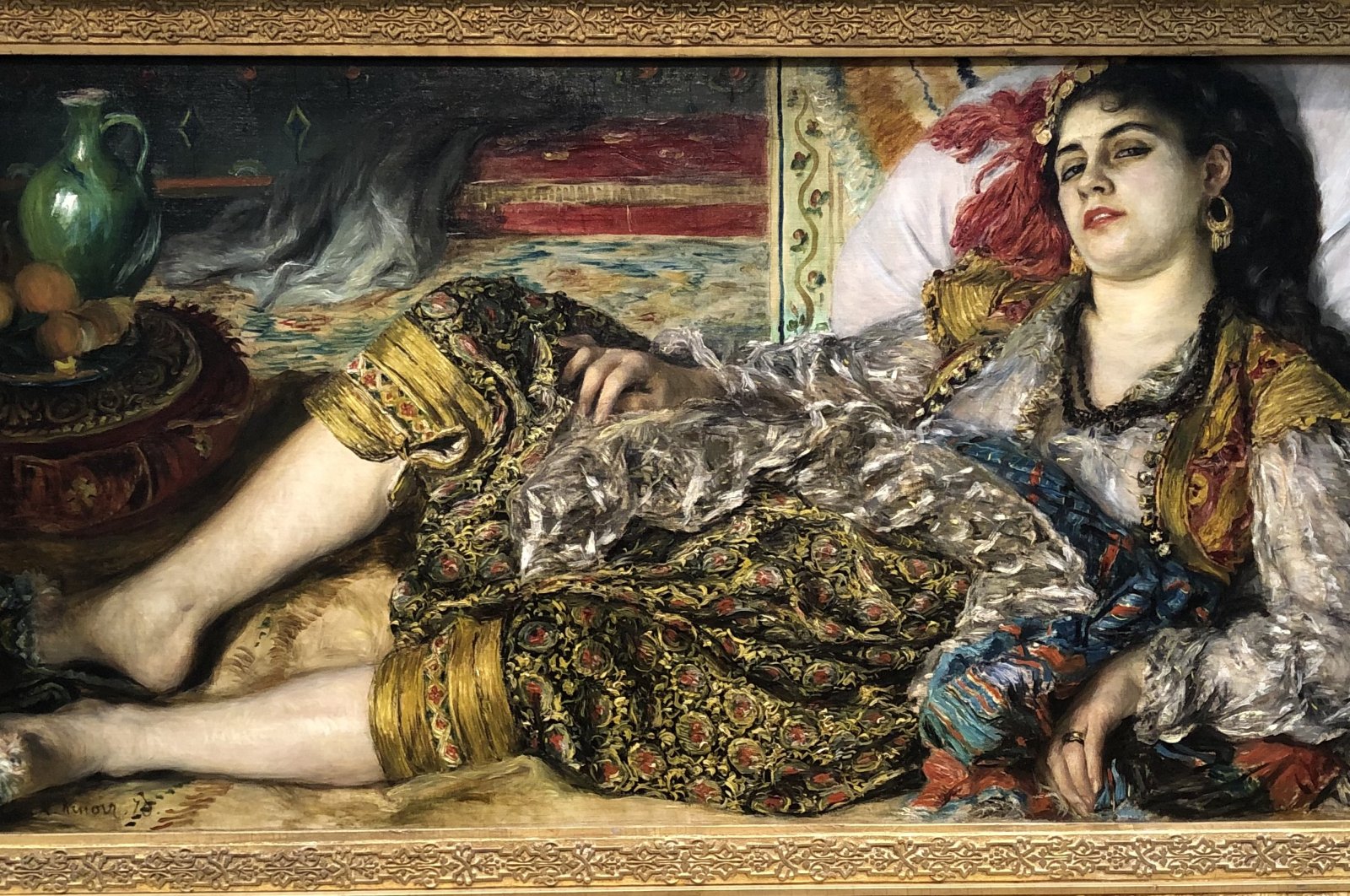 At the National Gallery of Art in Washington, D.C. there is a room specifically curated under the umbrella category of 'Orientalism.' The choices behind the 11 paintings on display indicate a critical juncture in art history

Cultural work, when produced, is generally a response to the political moment. Artists, as it were, are said to reflect the times. But once their work is done, the institutions of cultural preservation that house the legacy, or better, the inheritance of Western civilization, nation by nation, are tasked with just how to frame a sense of relevance, contextualizing the potency of the past's relentless influence, or even undead presence.

The persistence of Orientalist art, as held up to the museum spotlight around the world, then, is only as important in retrospect as it is in today's world in which North Africa and the Middle East remain subject to global powers. While forms of military and economic control have changed, the apparatuses of colonialism are in force and have arguably strengthened under the guise of status quo, nation-state imperialism.

The means of conviction that would justify the subduing of others in the name of good and reason are sprawled across those historical paintings included within the genre of “Orientalism," a term that came into popular usage following the 1978 publication of the landmark book under that very name by Palestinian American scholar Edward Said. In the wake of Said’s thought, no production of culture is immune to postcolonial criticism.

Between the possessions of physical beauty and its intimacy with masculine violence, painters like Eugene Delacroix, and later Pierre-Auguste Renoir and Henri Matisse explored the aesthetics of racism and sexism, brushing with that sensitive zone where collective and personal dominations blur. When rolled out across a canvas, lathered expertly with colored oils to represent scenes of war, love and adventure the effect is, finally, brutally hypocritical.

In the context of America's shared heritage with that of Europe, the National Gallery of Art in D.C. forms a bold, direct line of cultural continuity and its ensuing appropriations since colonial times. The relay of French colonialism in the 19th century has certain parallels to that of current American occupations in North Africa and the Middle East which are visible in the paintings exhibited in the “Orientalism" room.

In purely technical terms, considering the creative use of paint beyond the politicized context of such works, Orientalist painters were forming a bridge between natural realism and impressionism. In many cases, painters worked on canvases after hearing travelers gossip, viewing sketches from the road, going off the works of colleagues who did in fact embark on journeys afar where the Italian pale abutted Ottoman territories in Greece.

The imagination of the other, namely a Muslim, woman, Turk or Arab, was, for many Orientalist artists, was better than the real thing because the fantastical images they spawned out of thin air served to satisfy the appetites of their patrons and a social taste whose makers deemed the East an exotic trove of stereotypes. In fact, the ways people lived on the ground in such lands were often completely at odds with the fancies of Europe’s art world elites.

That which cuts through otherness is familiarity, a trait that, to some travelers from the West, still comes as a surprise when traversing what had previously appeared to be places where locals were previously defined by objective difference. But painting, unlike travel itself, does not demand contact with others, and especially when couched in tradition, may simply refer to related works of art.

“Odalisque" (1870), an oil on canvas by Renoir, falls into the heavy tropes of the Orientalist saga in painting. Into the early 20th century, most artists of note would exercise their craft by rendering the image of a woman, loosely dressed, reclining sensually, in a room not of her own. The word “odalisque” is a Francophone turn of pronunciation for what in Turkish is spelled, “odalık," essentially meaning an enslaved concubine and chambermaid.

Like a still life, Orientalist figures gave artists a chance to try their hands at making pictures attractive. Thus, perhaps it could be said the early seeds of capitalist advertising were planted. It is likely no coincidence that these late modern trends in art came to define geopolitical relations after the Cold War gave way to rampant capitalism in regions formerly under Russian influence.

Yet, macroeconomics aside, the details of international relations are as evident in the exchange of a single painting on which a woman lay, her eyes half-open, dressed in lavish, gold-threaded layers of soft clothes, her dark hair spread over a pillow. Renoir painted his “Odalisque” with a somnolent gaze, her pale discolored skin almost sickly. It would seem that he was making a visual comment of the costs of outward extravagance on the body.

Lines in the sand

The curation of the "Orientalism" room at the National Gallery of Art in D.C. shows that the colonialist movement in European art history was mostly the result of works by oil painters of French and Italian extraction during the 19th century. But in the late 20th century, as American interests in the Middle East became violent, cultural critics like Said were singing a different tune.

A question might emerge for any keen museum-goer and art-lover, whether it is possible to separate the misguided inventions of the past from a more naive appreciation of their unfaded, naive beauty in the present, and what the repercussions of that oversight could be. One oil, dated 1837, “Woman of the ‘Orient’” by German-born Frenchman Henri Lehmann, used a classical realist touch, foregrounding its female subject as mirror-like perfection.

Lehmann's approach made Easternness as exotic as the Grecian antiquity from which the West has drawn its wealth of foundational ideas. Although the painting is as crystal clear and sharply defined as an icon, there is not a trace of Christian symbolism. Its model is a figment of purity, as clean and innocent as the clothes in which she is draped like the curtains that round out the beautifully lit, seaside vista.

Ultimately, the realism of Lehmann's anonymous portrait is unconvincing, seeing as how the woman at its center could have been a Roman goddess or Mother Mary. The tendency to pictorial mimesis was perhaps more successful in scenography, as when Jean-Leon Gerome detailed his canvas, “View of Medinet El-Fayoum” (1868-1870), painting robed Egyptian men on horseback from a safe distance, reminiscent of a Eugene Delacroix, only during peacetime.