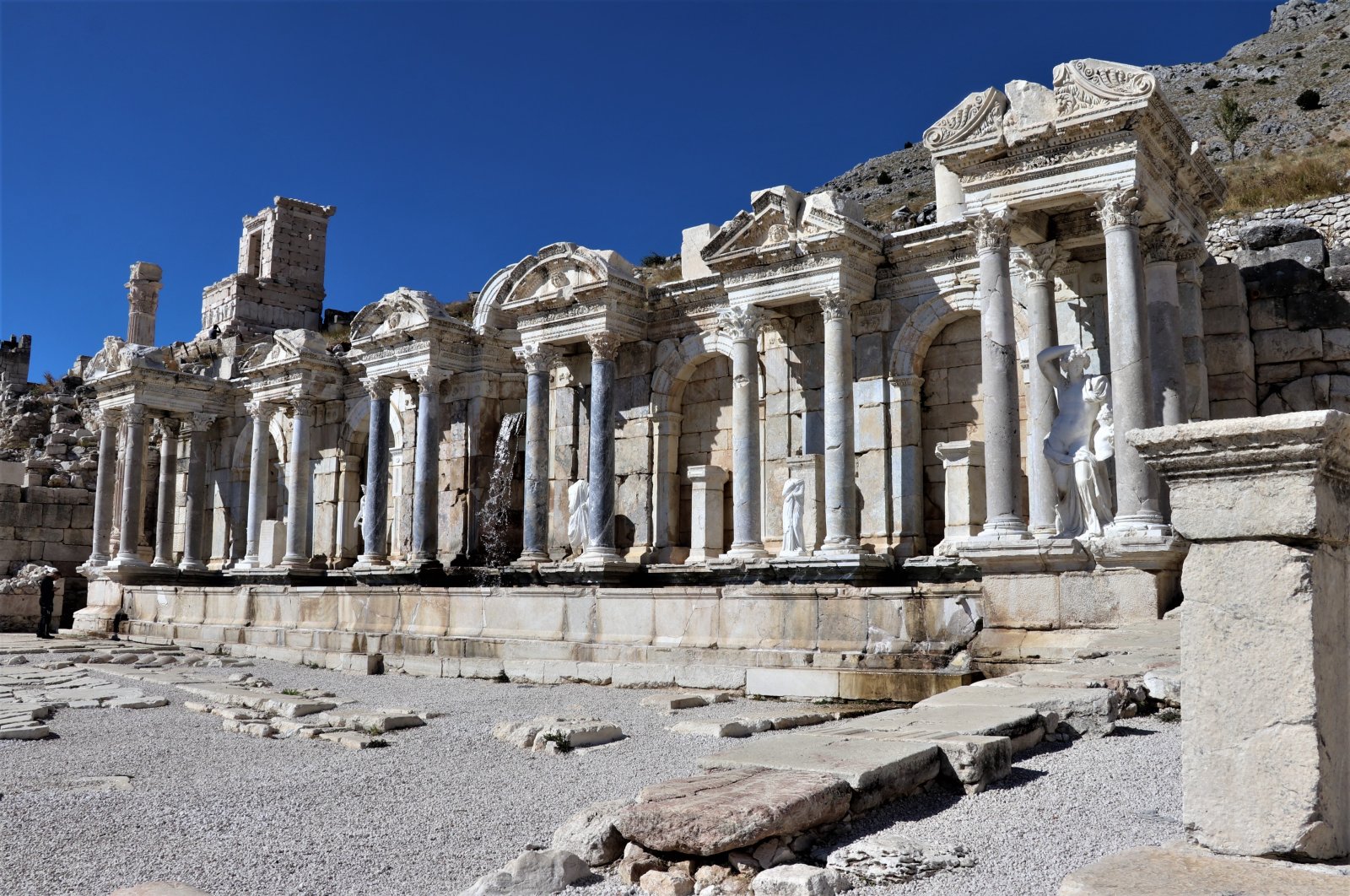 Turkey is known as a haven for various ancient cities that carry traces from many diverse civilizations and periods. Sagalassos, nestled in the Taurus Mountains, is among the most well preserved ancient cities of the country and thus hosts an increasing number of visitors every year with its historical remains.

The ancient city of Sagalassos is located in the Ağlasun district of southwestern Burdur province. The city, known as the "city of love and emperors," offers a look back in time with the ruins of baths, theaters, libraries, ceramic workshops, assembly buildings and fountains.

Visits in 2020 fell because of restrictions due to the COVID-19 pandemic, and only 42,285 people could take a tour of the archeological site. As measures were lifted, visitors increased in 2021, reaching 54,770 in the January-September period.

Sharing that Sagalassos traces its history back to 6,500 B.C. and the agricultural settlement to 3,000 B.C., Abdullah Kılıç, Burdur's culture and tourism manager, said settled life continued in the city until the 13th century A.D.

"Although there was a slight decrease during the pandemic, we are glad that the number of visitors increased this year, and our ancient city became a center of attraction again," said Kılıç.

Stressing that the most impressive structure of Sagalassos is the Antonine Fountain, Kılıç said: "The fountain, which consists of 3,500 architectural pieces with a length of 28 meters (91.86 feet) and a height of 9 meters, again began to flow in 2010. The recognition of the city, which was included in the UNESCO World Heritage Tentative List in 2009, has increased even more. Here, visitors seem to hear the conversations of people living in the odeon, the sounds of shopping in the agora and the voices of sellers in the luxury market called the macellum."