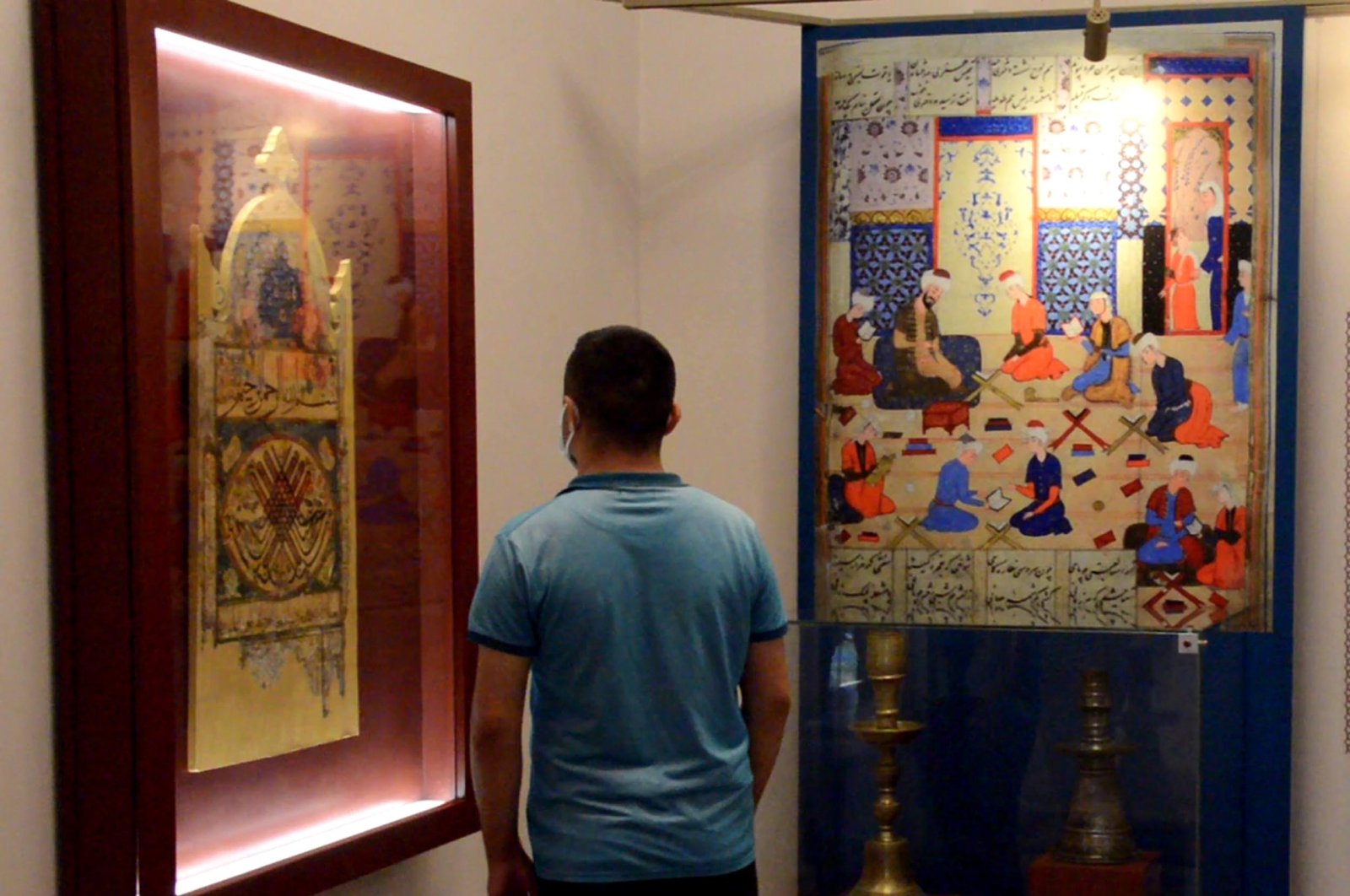 The Çifte Minareli ("Double Minaret") Madrassa has opened its doors once more to local and foreign tourists after it was turned into a foundation museum. The madrassa, built in the eastern Erzurum province, showcases 90 historical artifacts, including manuscripts, calligraphy plates, candlesticks, carpets, rugs, clocks and censers.

The Seljuk madrassa, which was built at the end of the 13th century, is defined as one of the most important examples of Seljuk architecture. The two-floor structure features an open courtyard and four iwans, a type of arched gate featured in Turkic and Persian architecture. After the restoration carried out by the General Directorate of Foundations in 2011-2016, the madrassa gained the status of a museum.

Following this status, work was initiated with the support of the Northeast Anatolian Development Agency (KUDAKA) to unveil 500 of the more than 2,000 historical artifacts identified in the region, especially in mosques.

Within the scope of the work, movable items were detected in a four-year period, brought from the field and cleaned of bacteria, moisture and moths. Ninety historical artifacts that have been restored and conserved among these items have begun to be exhibited in the Çifte Minareli Medrese.

Governor Okay Memiş, speaking to reporters after visiting the museum, said that Erzurum is one of the most important Seljuk cities of Anatolia.

Memiş said: "We are inside one of the thousand-year-old works of the Turkish-Islamic civilization. This madrassa is a magnificent historical monument. We have turned this place into a museum and are exhibiting 90 works currently. However, we have at least 500 works worthy of being displayed here. We will also showcase them once they have been prepared."