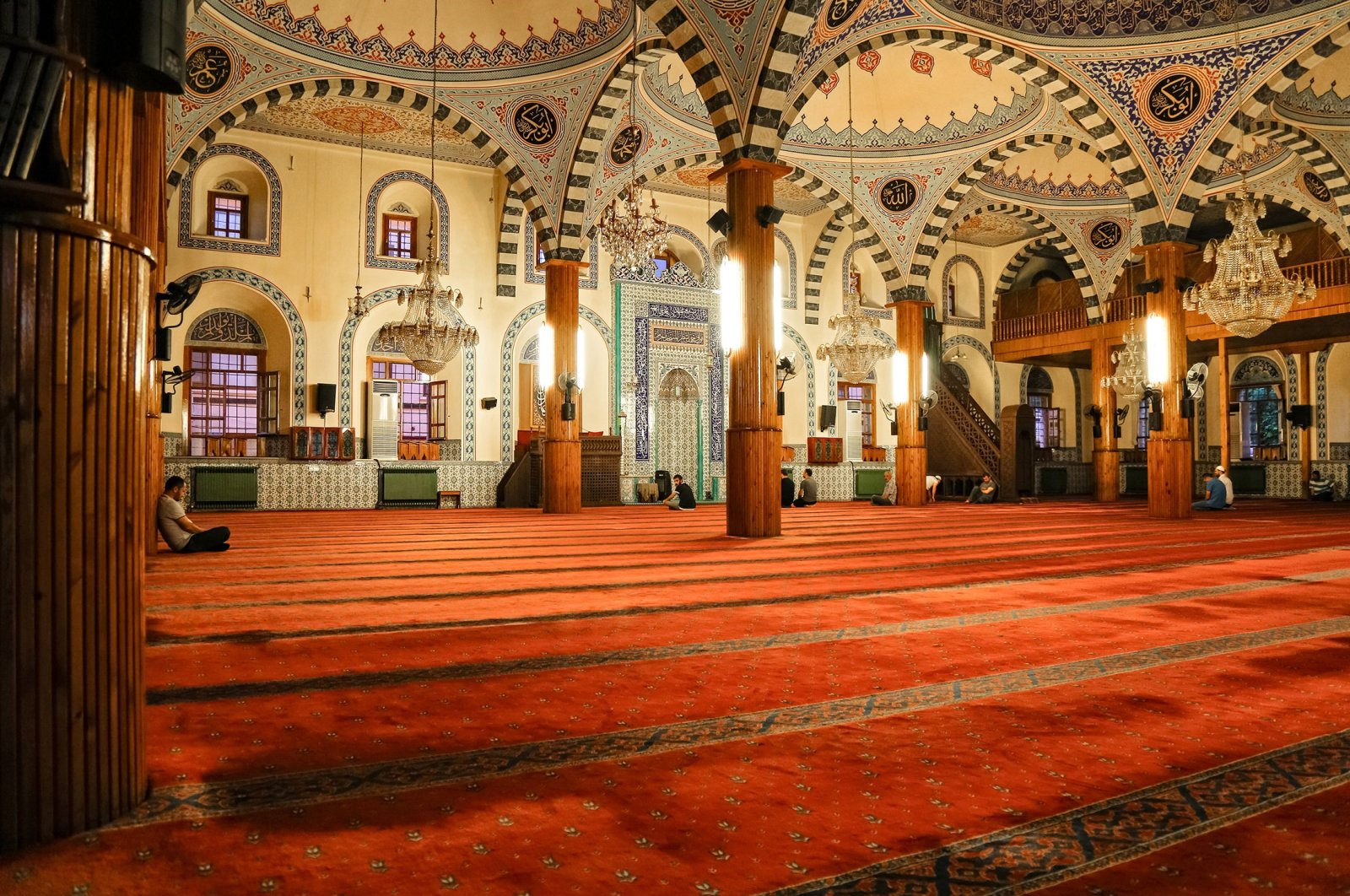 Seljuk and Ottoman architecture is woven into the urban fabric of Konya, a center of science, culture and commerce that offers a visual feast to visitors

The central Anatolian province of Konya, the former capital of the Seljuk Sultanate of Rum, is a center of science, culture and trade in Turkey and offers many attractions. The city is the second-most populated province in the country after the capital Ankara.

Konya features some of the most artistic mosques and madrassas in Turkey and is known as the country’s pearl of Islamic tourism. These mosques and madrassas bear traces of Seljuk and Ottoman architecture and add an authentic atmosphere to the urban texture of the city, taking visitors on a historical journey with their spellbinding appearances decorated with fascinating ornaments.

Buildings such as the Alaeddin and Sahip Ata Mosques, which are the most important examples of Seljuk architecture that have survived to the present day, and the Karatay and Ince Minareli Madrassas, used as museums today, attract attention as the most-visited landmarks of the city.

He added that the Alaeddin Mosque is in the center of the city and many madrassas, which were the universities of the period, are located around it. The construction of the Alaeddin Mosque was started on what is now dubbed Alaeddin hill during the reign of Anatolian Seljuk Sultan Mesud I. It took its final form, which is very close to the mosque’s current appearance, and was opened for worship during the time of Kayqubad I. The courtyard of the mosque contains the tombs, covered in small cenotaphs, of the Anatolian Seljuk rulers who made great sacrifices to make Anatolia their homeland, including Mesud I, Kilij Arslan II, Suleiman II, Kaykhusraw I, Kayqubad I, Kaykhusraw II, Kilij Arslan IV and Kaykhusraw III.

The Ince Minareli Madrassa, which means literally "the madrassa with the slender minaret," is one of the structures situated near the Alaeddin Mosque. Çaycı said that the madrassa is among the earliest universities in Anatolia and is considered one of the most outstanding examples of Turkish-Islamic architecture. As such, it has long been on UNESCO's World Heritage Tentative List. According to the professor, the building mesmerizes visitors with its dazzling gates, tile decorations and geometric and floral motif stonework.

The crown gate of the madrassa is one of the best examples of Seljuk stone masonry. The inside of the minaret of the madrassa is decorated with floral and geometric motifs. The inscription "El Mülkü Lillah" ("The property of God") and the Quranic verse Ayat al-Kursi are written on it in Kufic script.

The madrassa catches the eye with its turquoise minaret decorated with white-paste bricks from the outside. Turned into a masonry museum in 1956, it showcases some of the best-preserved examples of Seljuk symbolism in architecture, including double-headed eagles and winged angels.

Another hot spot for visitors in the city is Karatay Madrassa, commissioned by Emir Celaleddin Karatay in 1251. The architect of the structure is not known, and this spellbinding structure was also used during the Ottoman period.

Çaycı stated that the Karatay madrassa is one of the most glorious examples of madrassas featuring a closed courtyard. This madrassa is also a significant indicator of Seljuks’ great talent in stone masonry. The stones of the structure were brought from Sille, a small settlement on the borders of Konya. Sille was one of the few remaining Greek villages in central Anatolia before the population exchange between Greece and Turkey.

The madrassa also features excellent examples of Seljuk-period tile work. Because of this, it was transformed into the Tile Works Museum in 1955. Today it displays artwork dating back to the Seljuk and Ottoman periods.

Çaycı explained that the Iplikçi Mosque, another important Seljuk monument in the city center, was one of the first mosques in the city. “The deed of endowment of the Altunapa Madrassa, which was previously adjoining to the mosque, refers to Najib al-Din Ayaz, a yarn dealer, as a trustee of the madrassa. And there was a yarn market close to the mosque. Therefore, the mosque was started to be called ‘iplikçi’ meaning yarn dealer.”

The professor also mentioned the Sahip Ata Mosque and Zazadin Hanı. Noting that Sahip Ata Mosque is one of the early and magnificent complexes of the Seljuk period, he said that this complex was composed of a mosque, a madrassa, a hammam and a number of fund-raising shops for the maintenance of the building complex. Sahip Ata was a vizier from the Sultanate of Rum, and his tomb is situated in Sahip Ata Mosque. The structure went under restoration during the Ottoman and Republican periods and then was developed as a museum featuring ethnographic items.

Zazadin Hanı is a Seljuk caravanserai commissioned by Emir Sa’d al-Din Köpek. The inn, which was built with rectangular-cut stones and features a courtyard, has the appearance of a castle. It is located in a very strategic area since it is Konya’s opening gate to both the north and the east, according to Çaycı.

Konya charms its visitors with diverse Ottoman architectural works as well. Çaycı noted that the historical covered bazaar and Kapu Mosque are the most important Ottoman-period works in the city. Kapu Mosque is the largest of the Ottoman mosques in the city. Built from cut stone, the mosque bears classical elements of Ottoman architecture in its structure. While its mihrab, a semicircular niche in the wall of a mosque that indicates the qibla, was made of stone, its minbar (pulpit) is wood.

The grand bazaar, located near the Mevlana Museum, is the place where one can find any product imaginable. Bringing a breeze of history, the bazaar is a popular spot for visitors and offers authentic products.

Another standout Ottoman work in Konya is the Aziziye Mosque. Çaycı said that the original mosque was commissioned by Damat Mustafa Pasha, who was the husband of Ottoman Sultan Mehmed IV’s daughter Hatice Sultan. When this mosque was ruined due to a fire in 1867, it was recommissioned by Sultan Abdülaziz’s mother Pertevniyal Sultan. Noting that it is a very eclectic structure that includes Westernized elements (baroque) of the Ottoman period and also Eastern elements, the professor said that the structure is known as the mosque whose windows are bigger than its doors.