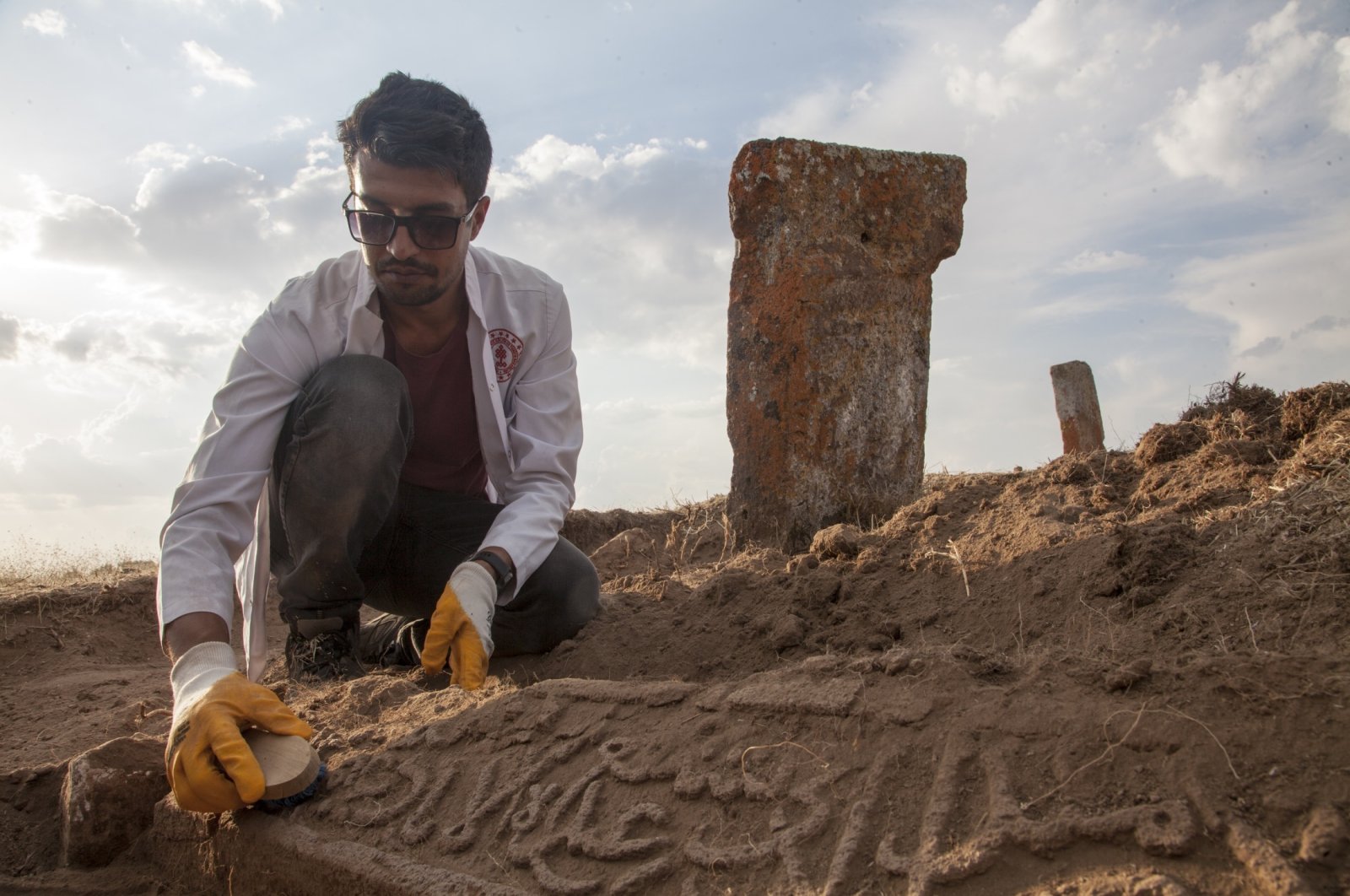 Archaeological excavations and restoration work at the Seljuk Meydan (Square) Cemetery, in the Ahlat district of eastern Turkey's Bitlis, have unearthed two "sanduka," a type of sarcophagi placed over the original graves of distinguished people in the Turkish-Islamic tradition.

The sandukas were discovered as part of the “Eyewitnesses of History Stand Up” project, supported by the District Governor's Office, the Ahlat Museum Directorate and the Ahlat Nature and Cultural Heritage Preservation Association, in the famed Seljuk Meydan Cemetery, which stands as the largest Turkish-Islamic cemetery in the world.

Ilter Igit, a lecturer at the Ahlat Vocational School of Bitlis Eren University, said that they had evaluated the sandukas, which were adorned with ornaments and text, and estimated them to belong to the 13th or 14th century.

More extensive restorative efforts by experts and academics began with the engravings of the owners' names on the sanduka, the text of which was broken.

Igit said they would be able to determine to whom the graves with broken tombstones belonged after epigraphic studies.

“There is a wonderful event that pleases us. We come across new stones during the ground blockage works we have carried out in the Ahlat Seljuk Meydan Cemetery, which has the largest cemetery in the Turkish-Islamic world with its 210-decare land and nearly 10 thousand tombstones,” Igit told Anadolu Agency (AA).

“The geo-radar studies carried out by the Ahlat Seljuk Meydan Cemetery Excavation Department earlier are the most important proof that there are numerous tombstones or sandukas under the ground,” Igit said.

Igit stated that lichen cleaning, ground blocking and reintegration work continued as part of the project, and also shared information about the tombstones whose inscriptions could not be read because they were broken, but were now restored and analyzed.

Igit pointed out that the inscriptions could lead to new characters that carried importance for the period.

“We cannot say who they belong to because their tombstones are broken. We may discover pieces of tombstones during the soil cleaning work we are carrying out around the graves, and maybe we will have identified to who they belong.”