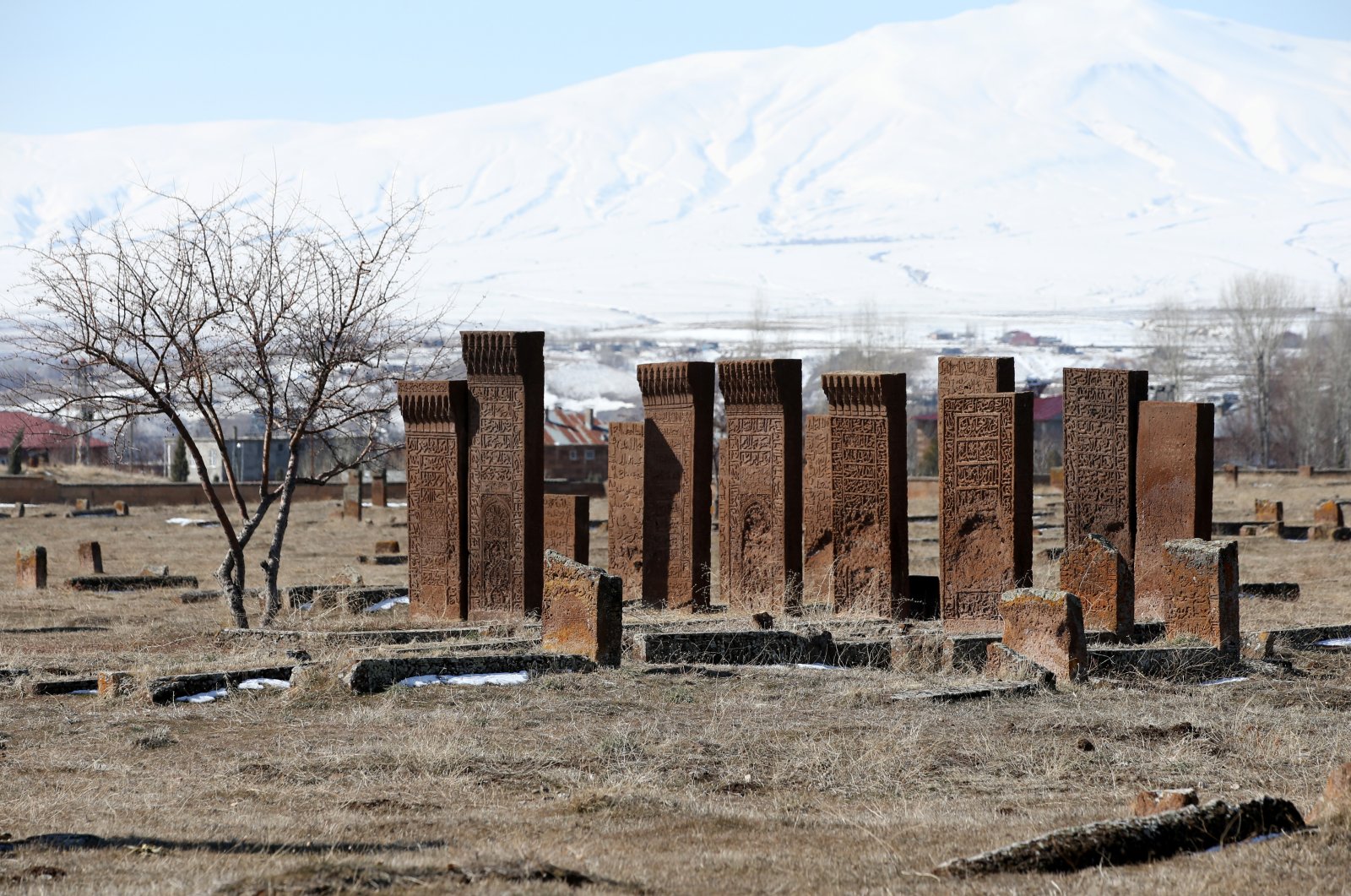 The tombstones at the Ahlat Seljuk Meydan Cemetery in eastern Bitlis province – the world's largest Turkish-Islamic cemetery on the UNESCO World Cultural Heritage Tentative List – will be introduced to the world as part of a new project by a team of 10, including restorers and art historians from Italy.

The project team will join excavations headed by Recai Karahan, a professor from Van Yüzüncü Yıl University, at the cemetery that has 8,103 tombs in a 210-decare (2.26-million-square-foot) area, as part of the project. Fragments of monumental tombstones buried under the soil in the Seljuk cemetery, located in the Ahlat district of Bitlis, will be erected. In addition, 100 broken and buried tombstones will be brought to light. They will be restored and cleaned of lichen, while the inscriptions will be read.

Exhibitions will be staged in Ahlat and Italy with an introductory film on the cemetery and photos of tombstones, each of which is a historical artifact.

"The lichens on the stones are carefully cleaned to reveal the rich decorations on the tombstones," Mikail Ercek, curator at Ahlat Museum, told Anadolu Agency (AA). "The decorations revealed are handled with great delicacy. It's impossible not to admire these tombstones," Ercek said.

Ercek said that nearly 200 of the tombstones are still standing. "This is the source for being the first artifact left by our ancestors in this tradition in Anatolia. It is possible to see the versions of the motifs here in different parts of Anatolia," he said.

Necati Aktekin, coordinator of the project from the district governorship, said the project is intended to preserve the cultural heritage in the area. "Our aim is to see the different restoration techniques used in Italy and show the techniques applied in Ahlat to create new techniques for restoration," Aktekin said. "In addition to promoting the Seljuk cemetery abroad, we also aim to restore our stones and make them more valuable," he added.