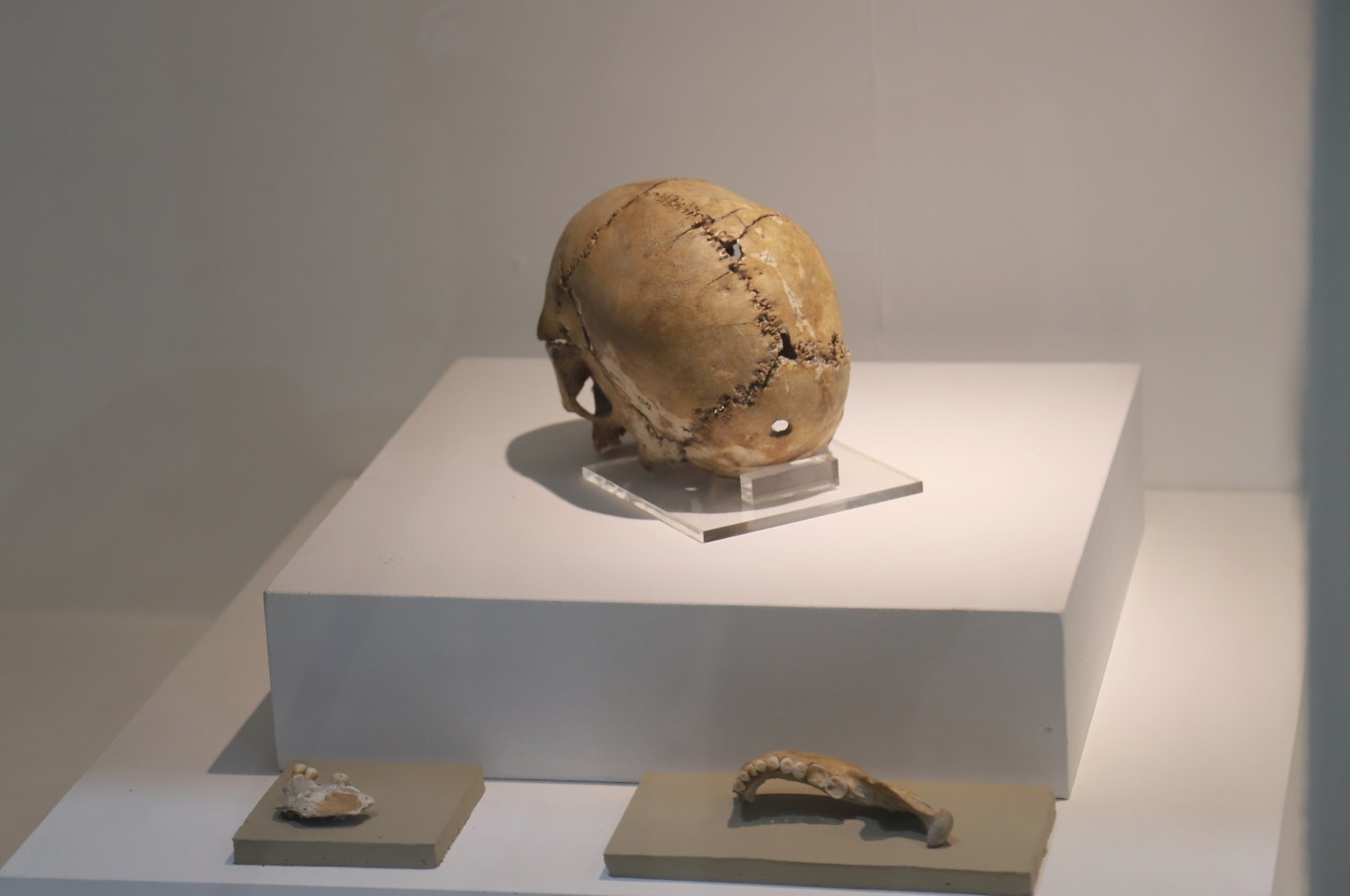 With the 3D reconstruction of the skull of a young woman who underwent the world's first brain surgery, Aşıklı Höyük will attract a huge number of history enthusiasts to the Cappadocia region

A skull of a young woman who underwent brain surgery was found in Turkey's Aşıklı Höyük during the excavations conducted in 1989. The skull of the woman on whom the operation was pioneered will be reconstructed via a new project utilizing beeswax.

Aşıklı Höyük, located in Kızılkaya village of Aksaray province’s Gülağaç district, is a prehistoric mound of great importance and the first known village in Central Anatolia where hunters, gatherers and nomads settled.

The first comprehensive study was launched by Ian Todd in Aşıklı Höyük a year after Hittitologist Edmund Gordon found the settlement in 1963. The excavations were carried out by the Istanbul University Prehistory Department in 1989. A number of crucial discoveries have been made in the region since the excavations were launched. Thanks to the excavations, the process of transition from nomadic to sedentary lifestyles can be observed step by step in the region today.

Bearing traces of a 10,400-year-old past, the mound witnessed the first examples of many activities in history, including the domestication of sheep and goats and agricultural experiments. Moreover, a first in the history of medicine was realized here: The first brain surgery in the world was performed on a young woman.

The settlement is keen on drawing tourists by offering them a journey through its thousands of years of history. The reconstruction project of the young woman’s skull featuring the traces of brain surgery is the latest project to draw tourists to the settlement. It is expected that the skull replicated as a 3D beeswax model will attract history enthusiasts.

Aksaray Museum Director Yusuf Altın told Anadolu Agency (AA) that there were two holes in the skull that revealed the first brain operation in history.

Noting that the average age of people was 30-35 in the period 9,500 years ago, Altın said: "From the studies carried out on the skull, scientists determined that the woman who underwent the operation lived for about 10 days after the operation. After permission from the Ministry of Culture and Tourism, Aksaray Municipality started a fleshing study project on the skull, which is exhibited at the Aksaray Museum. We had a 3D scan of the skull done. Two beeswax models of this skull’s scanned version will be made and exhibited in Aksaray Science Center."

The beeswax figures will be prepared in Germany.

Stating that the work started as rescue excavation, Özbaşaran said, "Since that period, excavations have continued without interruption. Agriculture and animal husbandry are the most important elements in the lifestyle of Central Anatolia today. We see that the very first people who were engaged in agriculture and animal husbandry lived here in the ancient period as well. The first settlement begins in the 8400s B.C.”

Özbaşaran said that the woman who underwent the brain surgery was buried with her baby.

"In the examinations at Hacettepe University, it was revealed that this skull was especially pierced and that the procedure was performed very sensitively. This was an operation performed using obsidian piercings. After the hole was made during the operation, you see a renewal of the cells in the skull. So it seems that the woman lived after the surgery, at least for a while."

“A new study is underway on the skull now. We will replicate it in 3D. We look forward to it, we will revive that woman with the project. We will meet the woman from Aşıklı Höyük,” she added.