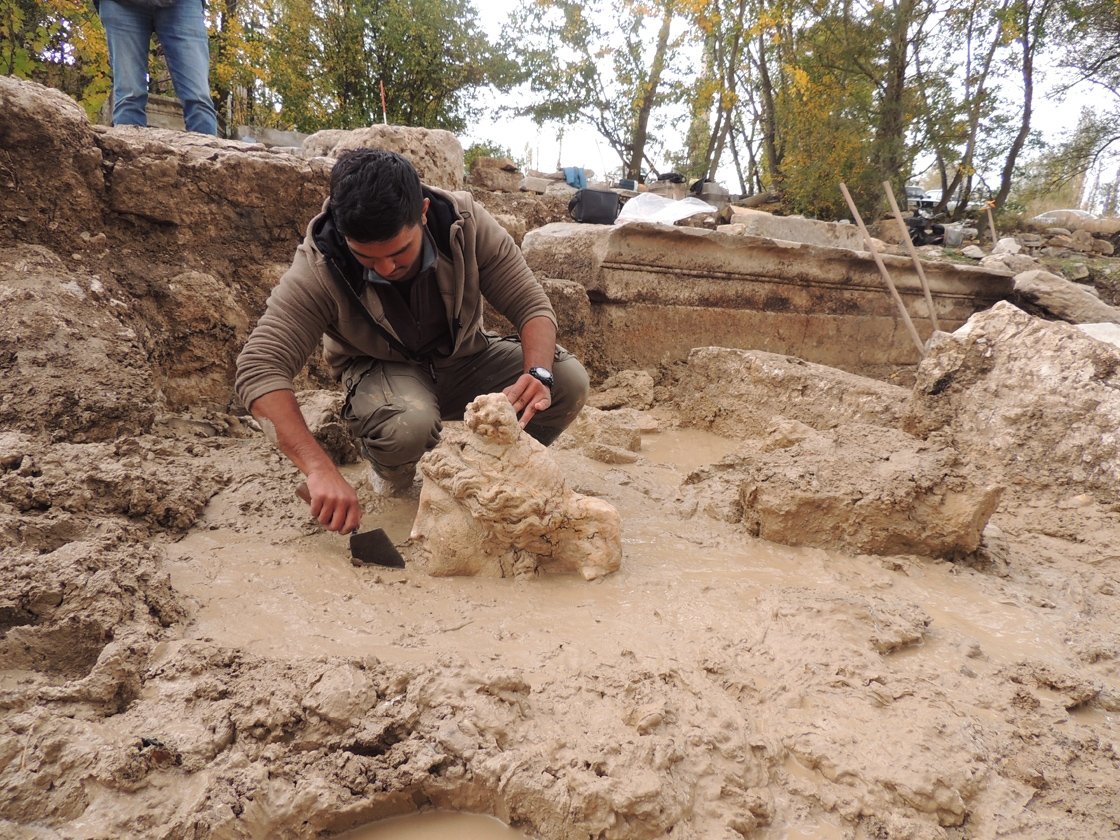 In excavations carried out in the ancient city of Aizanoi in western Kütahya province, the heads of statues of Aphrodite, the mythological goddess of love and beauty, and Dionysus, the god of wine, were unearthed.

The excavations in the ancient city, which was included in the UNESCO World Heritage Tentative List in 2012 and located 50 kilometers (31 miles) from the city center, are being continued by the Kütahya Museum Directorate.

Excavation coordinator Professor Gökhan Coşkun of Dumlupınar University told Anadolu Agency (AA) that the work in Aizanoi, a site which dates back 5,000 years, was carried on without interruption with 100 workers and 27 technical personnel.

Noting that they have been sustaining their work in a creek bed in the ancient city of Aizanoi recently, Coşkun told that the statuary heads of Aphrodite and Dionysus were unearthed in this creek bed.

"These are important findings for us, as they show that the polytheistic belief culture of ancient Greece existed for a long time without losing its importance in the Roman era," he said. "The findings suggest that there may have been a sculpture workshop in the region."

Home to one of the most well-preserved temples in Turkey, dedicated to the Greek god Zeus, the city of Aizanoi is easily comparable to Ephesus in its grandeur and importance. Initially inhabited by the Phrygians, the area was converted into a city in the first century B.C. by the Romans and includes unique spots such as a temple; four roman bridges, two of which are still in use today; the world’s first known indoor marketplace, with inscriptions of the prices of goods sold still visible on the walls; theaters; roman baths and an ancient sacred cave.