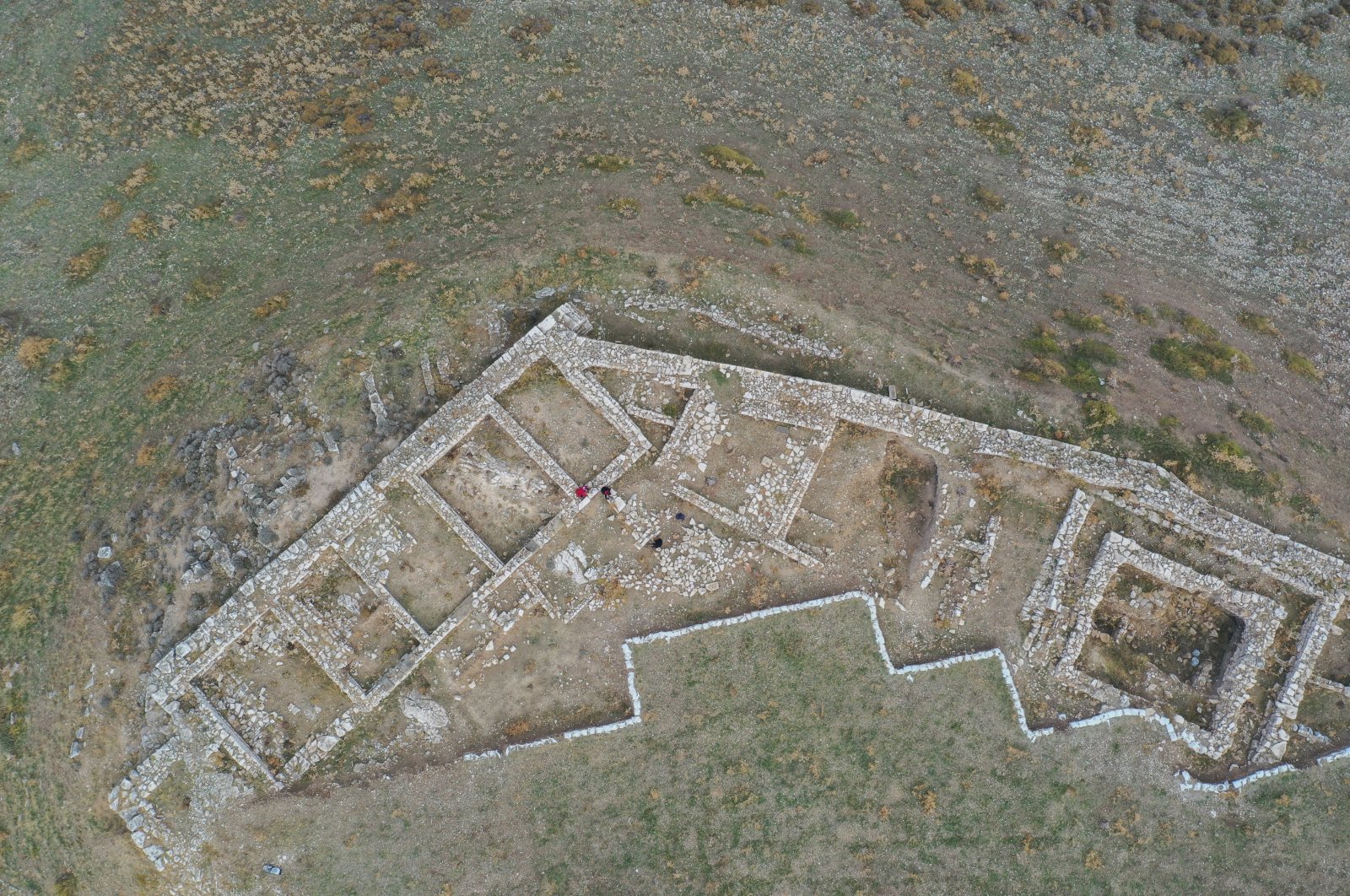 In the excavations carried out in Panaztepe, a site located in the Menemen district of western Izmir province, structures thought to belong to the oldest period of the city were found. The structures, including remains of houses and ceramics, reveal the existence of 5,000-year-old settlements dating back to the Early Bronze Age at the site.

Panaztepe is estimated to have been used as a settlement area from 3000 B.C. to the Byzantine period. Although it is located 10 kilometers (6.2 miles) inland today, it is believed to have been an island settlement and port city during the Bronze Age. New findings have added to the historical importance of the ancient location.

Ümit Çayır of Sivas Cumhuriyet University’s Archaeology Department, who is also the head of the archaeological excavations in Panaztepe, said the site was a significant center, especially during 2000 B.C., with its connections stretching to the Eastern Mediterranean, western Aegean and even Caucasus region and was located at the intersection between the Mycenaean civilization in the west and Hittite civilization in the east. Noting that his team was researching the cultural structure of the era through the excavation, Çayır said they had uncovered layers of settlement dating to the Early Bronze Age and classical periods.

Although the remains dating to the Early Bronze Age in Panaztepe have already been studied by the scientific community, according to Çayır, the architectural evidence indicating that Panaztepe was a settlement before that time period is a new discovery.

“We can say that we found the earliest-known settlement of Panaztepe. In other words, this is a settlement area dating back approximately 5,000 years. We plan to continue our work in the newly excavated area, in the acropolis and its foothills in Panaztepe," he said.

He said the unearthing of architectural remains dating to the Early Bronze Age could also add a new dimension to the cultural history of the region. He also said the remains of walls of the period's houses and stone fishing net weights discovered along with the ceramic finds show that it was once a port city. “Preliminary reports of geographical studies conducted in the region and Panaztepe also support this," he added.