'The East is a career': The fortunes of Allegra Stratton 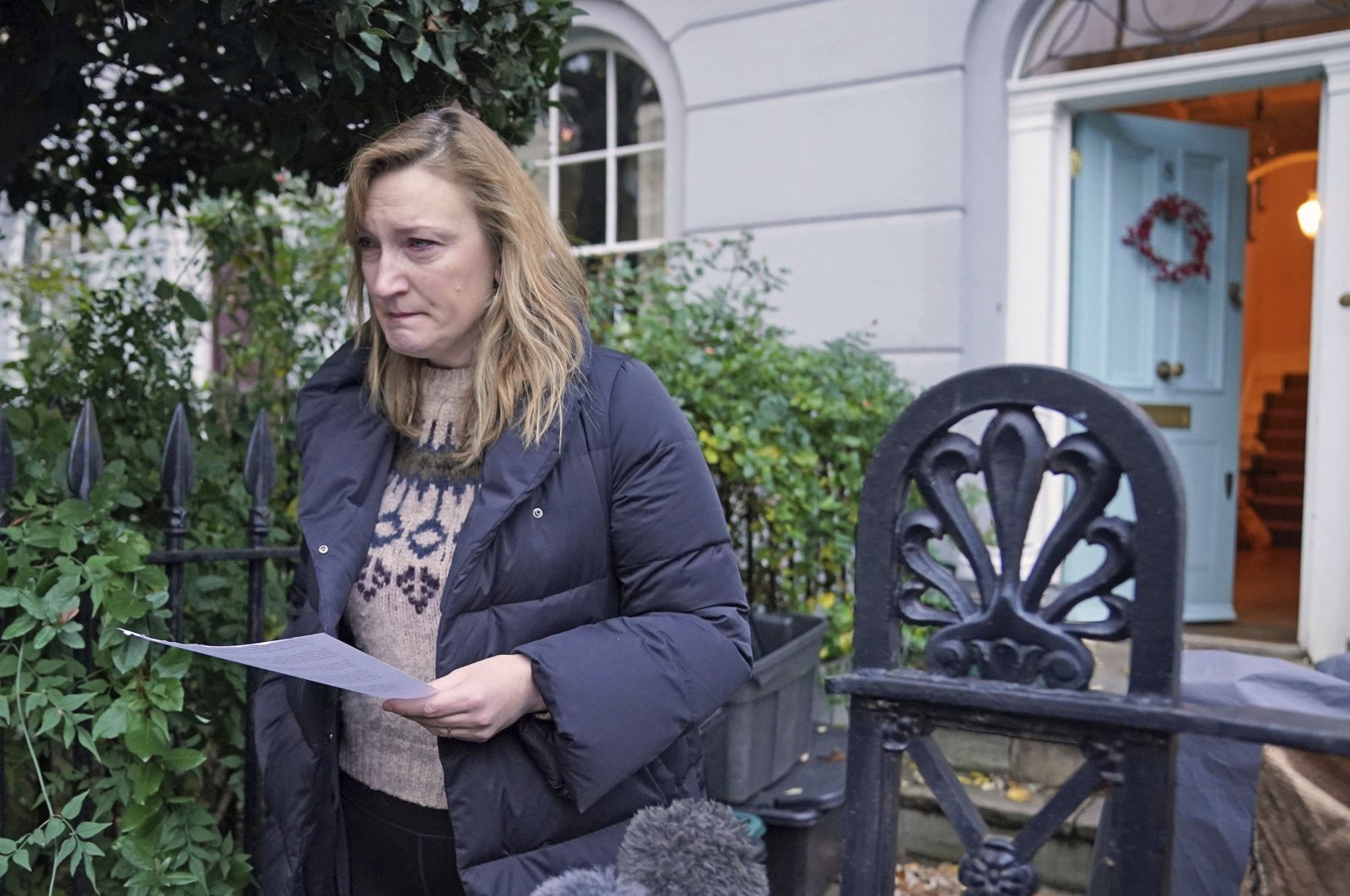 The tearful resignation of Stratton after the video footage of the No. 10 Christmas party highlights the divisions in the Conservative party and how claiming expertise about the Middle East will get you far in politics only if you are a man

In the past couple of years, each country has mismanaged the pandemic in its own way, and public outrage has followed accordingly. One running theme in the United Kingdom has been how the politicians themselves flout lockdown and social distancing rules while imposing them on ordinary people. There has been much talk of “one rule for them” and the first casualty of this discourse was British Prime Minister Boris Johnson's top adviser Dominic Cummings, who resigned from his job after he was found to have broken lockdown rules. A recent casualty has been Allegra Stratton, one of Boris Johnson’s aides.

When I had heard in October 2020 that Stratton had become Johnson’s press secretary, the name rang a bell but I couldn’t quite remember who she was. The haze lifted when I recalled the cover of a book: a repetitive design consisting of human faces and the rather memorable title “Muhajababes: Meet the New Middle East – Young, Sexy and Devout.” I instantly thought of the adage “The East is a career” by the 19th century U.K. Prime Minister Benjamin Disraeli, who served from February to December 1868 and wondered if she’d be able to use her “knowledge of the east” as leverage quite as adroitly as Rory Stewart has done.

I must have bought the book around the time when I was working on my own project (which never came to anything) on perceptions of Muslim women in Europe. I remember reading it with a sense of envy, having to take much of what she said at an orientalist’s face value, not having the means to travel to the countries she traipsed around to compare my perceptions with hers. Only when she hit the news last Tuesday with a video joking about whether there had been a Christmas party at Number 10 last year, did I fully understand how privileged she was and that doors just opened for her. I too would’ve loved to be a 20 something with the means to travel the world and pass judgment on its people – and not least the different boroughs of North London to discover the narcissism of small differences. I might yet write my monograph entitled “Conservababes” interviewing young women in and around Chipping Norton when travel is made easy again.

After her appointment in October, I was sad to see Allegra absent from the media because I was interested in seeing what aspects of her orientalist language would translate into her briefings. Her ex-boss is known for using racist language, but one is always curious to see just what angle it will take through a different mouthpiece. I wondered if there would be an Allegra stamp on the press conferences now, just as there had been a Rasputinesque turn when Cummings had been the chief advisor. A little search revealed that the press secretary role had been created for her, and then because of several mishaps, the post had been canceled, with Allegra becoming the spokesperson for the COP26 summit instead. I applauded once more the conservative knack of conjuring jobs out of thin air for the worthy.

It was only on that fated Tuesday that I, and I suspect many British people, saw what the now already defunct job of press secretary would have looked like. A blue room that one would associate with White House briefings, and a middle-class mum at the lectern acting like she’s being quizzed by her posh school’s headmistress (she went to the Latymer School). The kind of quizzing in which she doesn’t know the answer, and yet is utterly confident that she will not be penalized for bad work. The complete faith that the universe (read the establishment, I guess) will make things alright for her translates in her intonation of "What’s the answer?" when her male quizzers ask her whether Johnson would approve of a gathering that is not following the social distance rules at Number 10. Number 10 being Johnson’s home, and where, he maintained until a couple of days ago, there never was a party. He has since expressed outrage at the possibility of there having been a party at the house he lives in during lockdown.

I have a sense of deja vu as Allegra wriggles and leans over the lectern sounding very posh as she asks "Is the cheese and wine alright?" Where is her glass of Chablis? I recognize in her the hapless heroines of British comedies of the noughties, notably Bridget Jones, and her awkward adventures at office parties. Actually, the thing that haunts me most from that clip is her saying “I went home” from a party that, on the record, never happened, because it makes me wonder about the kind of fun being had which sent our sensitive heroine packing home before it was over.

Those who follow British politics will remember the pomp and circumstance with which the Cummings resignation happened, the rose garden, the press being kept waiting, the non-apology, in fact, the “I am so much cleverer than you and so of course the rules don’t apply to me” speech. Compare that to Allegra’s teary delivery of her resignation. I can’t tell how it would have worked out in a Labour setting, but the gendered way in which the dissolution of the party is being played out is quite startling. It is in fact, very much a case of “one rule for them,” for clearly, within the conservatives, as elsewhere, there is one rule for the men and one for the women. As has been pointed out, there were men in the room helping Allegra prep her answers and yet their betrayal of the British public is going relatively unnoticed. Male-adjacent behavior will not save you, sister.

People naturally remembered Allegra’s previous misdemeanors, such as the interview she conducted in 2012 with a single mother who was claiming house benefits. She is not wriggling in that video, but is repeatedly asking the young woman the same question like an inquisitor: “Don’t you think you should have possibly lived at home?” which sounds even more outrageous when you consider that the opening of “Muhajababes” is about how she moved out of hers. It feels like her “expertise” of speaking to Middle Eastern women from a clear position of privilege did indeed inform the way she spoke to the working-class young woman in the interview. The video has resurfaced on social media to remind us that her callousness at the press room had its precedents. We might live to see Allegra’s story turn out to be a case of "Failed in London, Try in Dubai," and she may soon resurface as press secretary to one sheikha or another. Watch this space.

The public outrage at her callousness continues and news of other Conservative Party parties during lockdown are proliferating, although the police has refused to investigate them. One could say “Boris Johnson will find it hard to get out of lying to the British public this time” but one would, probably, again be proven wrong. The familiar question everyone is asking now is “But what is the alternative to Boris Johnson?” and the "conservababes" and the "conservalads" are all, once again, pointing to Rory Stewart, who was busy rebuilding a Roman city in Jordan last time I checked. Maybe his hour is come at last, and he will slouch toward Westminster, proving that the East is a career for men.