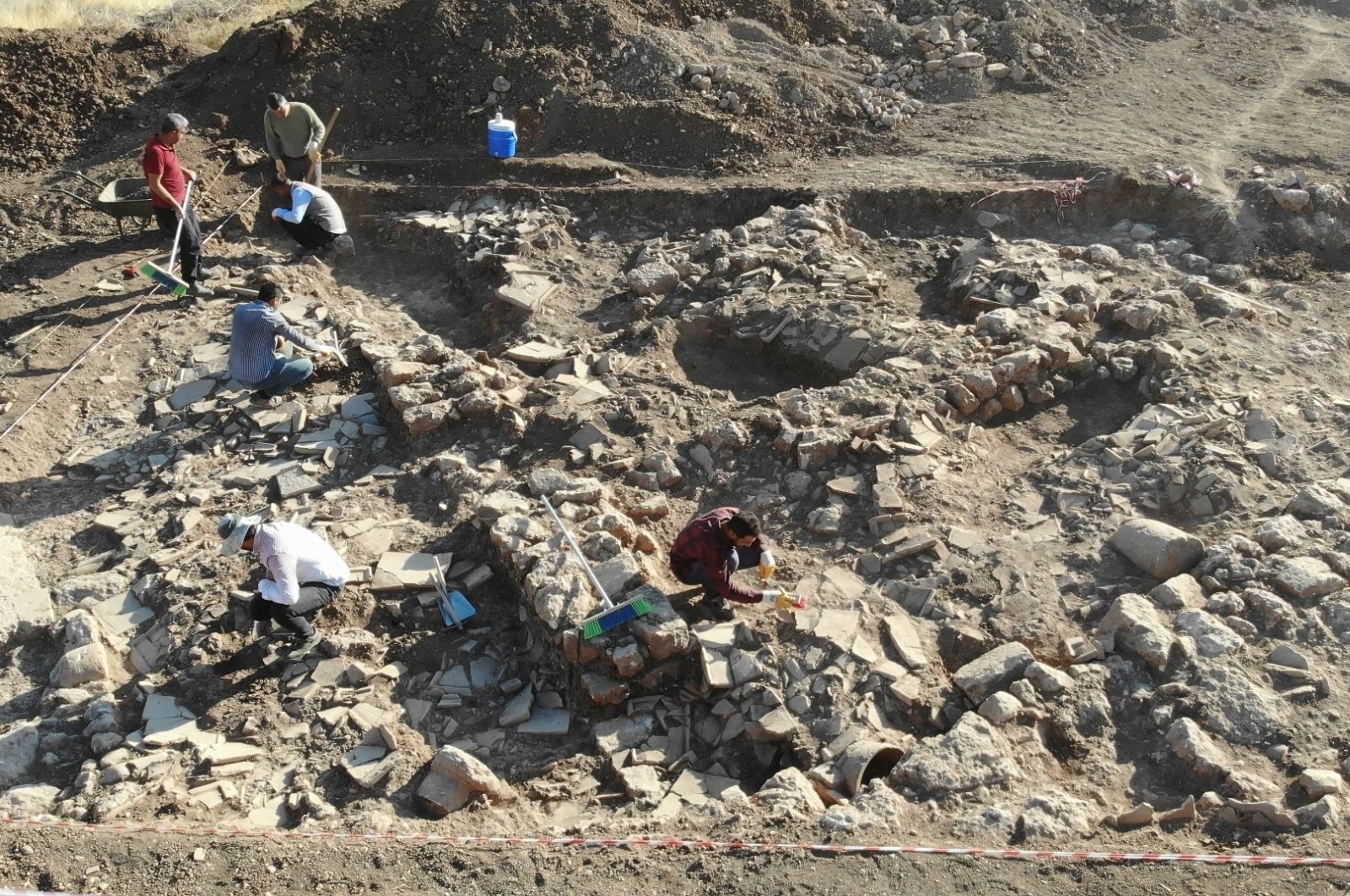 In the ongoing excavations in the ancient city of Perre in southeastern Adıyaman province, one of the five largest cities of the Commagene Kingdom, a structure destroyed in an earthquake was unearthed.

The damaged structure was found in an area of 270 square meters (2,900 square feet) on the ancient city’s necropolis side in Adiyaman province, and the earthquake is estimated to have occurred in the sixth or seventh century A.D.

Adıyaman Museum Director Mehmet Alkan told reporters on Tuesday that new findings dating back to the sixth and seventh century A.D. were discovered in the ancient city, adding, "Wall structures built using irregular stones and mud mortar were found in an area of nearly 270 square meters that we opened in the western part of the rocky area."

Alkan informed: “We saw that the upper part of the structure was covered with a dense amount of roof cover. What is interesting is that the earthquakes in Northern Mesopotamia are thought to have affected the ancient city of Perre.”

Perre is one of the five big cities of the ancient Greco-Iranian kingdom of Commagene.

During the excavations, which began in 2001 and continued at intervals, a historical Roman fountain, large blocky stones, water channels and various architectural structures were discovered in 2021.

Roof tiles were discovered during the excavations, according to archaeologist Yıldız Ersönmez.

Noting that the recently found structure was destroyed in a possible earthquake, Ersönmez said: "There is a collapse here, which shows us the possibility of an earthquake. We think that this structure was a living space.”