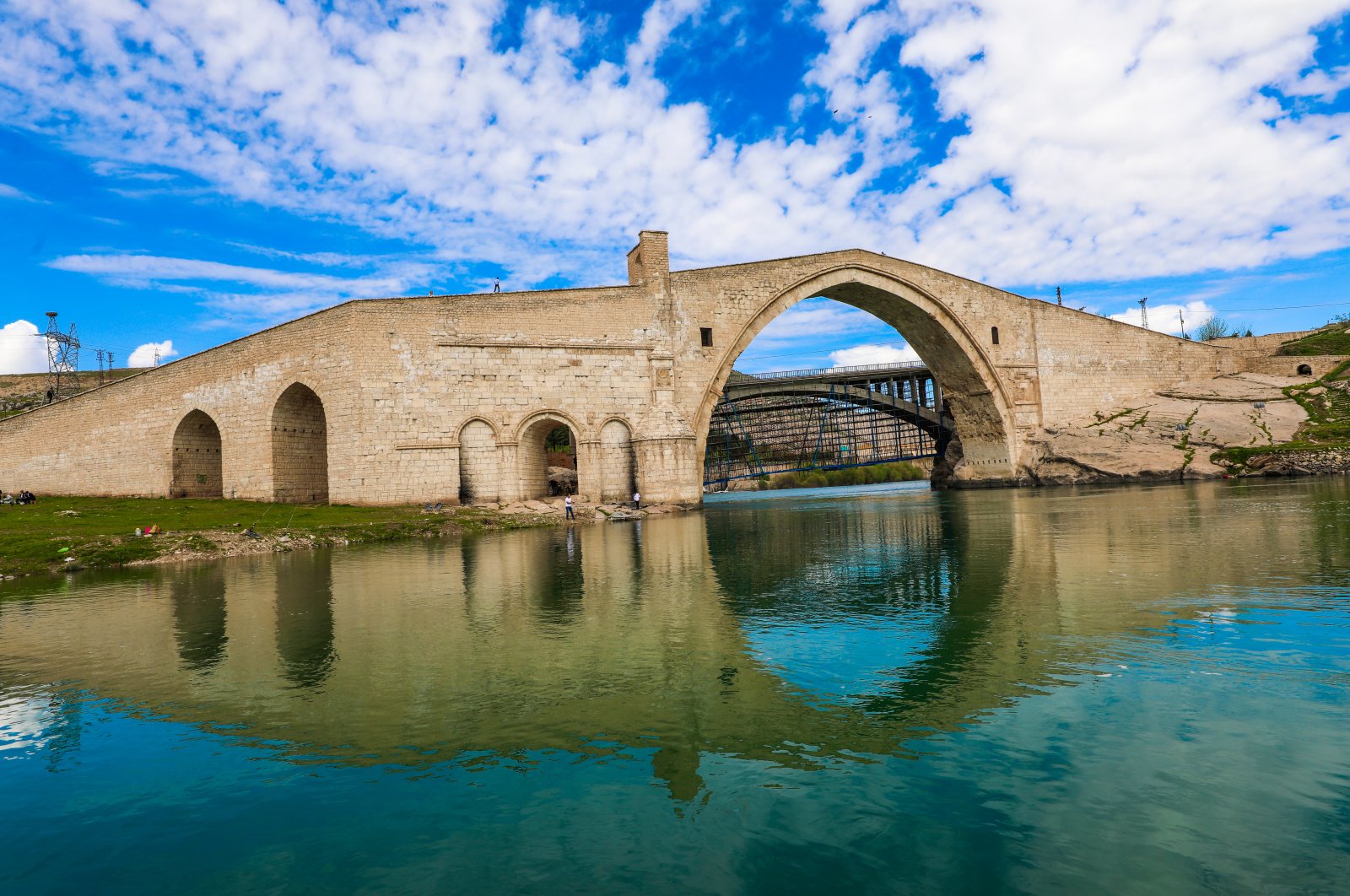 The districts of southeastern Diyarbakır province, which have hosted numerous civilizations over the millennia, stand out with their many historical attractions. Silvan especially has recently become a favorite place for visitors thanks to its cultural richness and one famous dish in particular.

Silvan is home to the Malabadi Bridge, which is among the "13 most magnificent bridges in Turkey" according to the Ministry of Culture and Tourism and is on UNESCO's World Cultural Heritage Tentative List. Also among the landmarks drawing people to the district are the Hasuni Caves with their rock tombs and churches, the Selahaddin Eyyubi Mosque, which is considered to have been built between 1152-1157, the Ali Ağa Mansion, which is estimated to have been built in 1860, and the Lion Bastion, built during the Ayyubid Dynasty.

Silvan, which welcomes local and foreign visitors every season, has also garnered attention this year with the discovery of the tombs of the Anatolian Seljuk Sultan Kılıçarslan I and his daughter Saide Hatun during excavations being carried out by Dicle University.

Silvan District Governor Murat Öztürk told Anadolu Agency (AA) that since the district is on the main transit route, it is a frequent destination for those who take a road trip and want to take a break. It isn't only the historical places that people come to see – Silvan is also known for its liver kebab. Öztürk invited everyone to come see Silvan and eat liver kebab in the city center.

"Silvan is a very historical and ancient land," Öztürk explained. "Since it is a district that connects the east of Turkey to the west, many visitors come here. Our district is very assertive in tourism with its historical places. In addition, liver kebab has become a brand value that has become identified with the district. There is no other place where the liver is cooked so well. We have many masters who make liver kebabs in the district, all of them offer the same quality service to our citizens."

One of the residents of the district, Kasım Turan, noted that the history of Silvan dates back to ancient times, when it was once the capital of the Marwanids.

"Silvan has mansions, Selahaddin Eyyubi Mosque, Hasuni Caves and Zembilfroş Castle," Turan said. "Also, the historical Malabadi Bridge is a unique stone bridge in the world. We invite everyone to see these historical places."