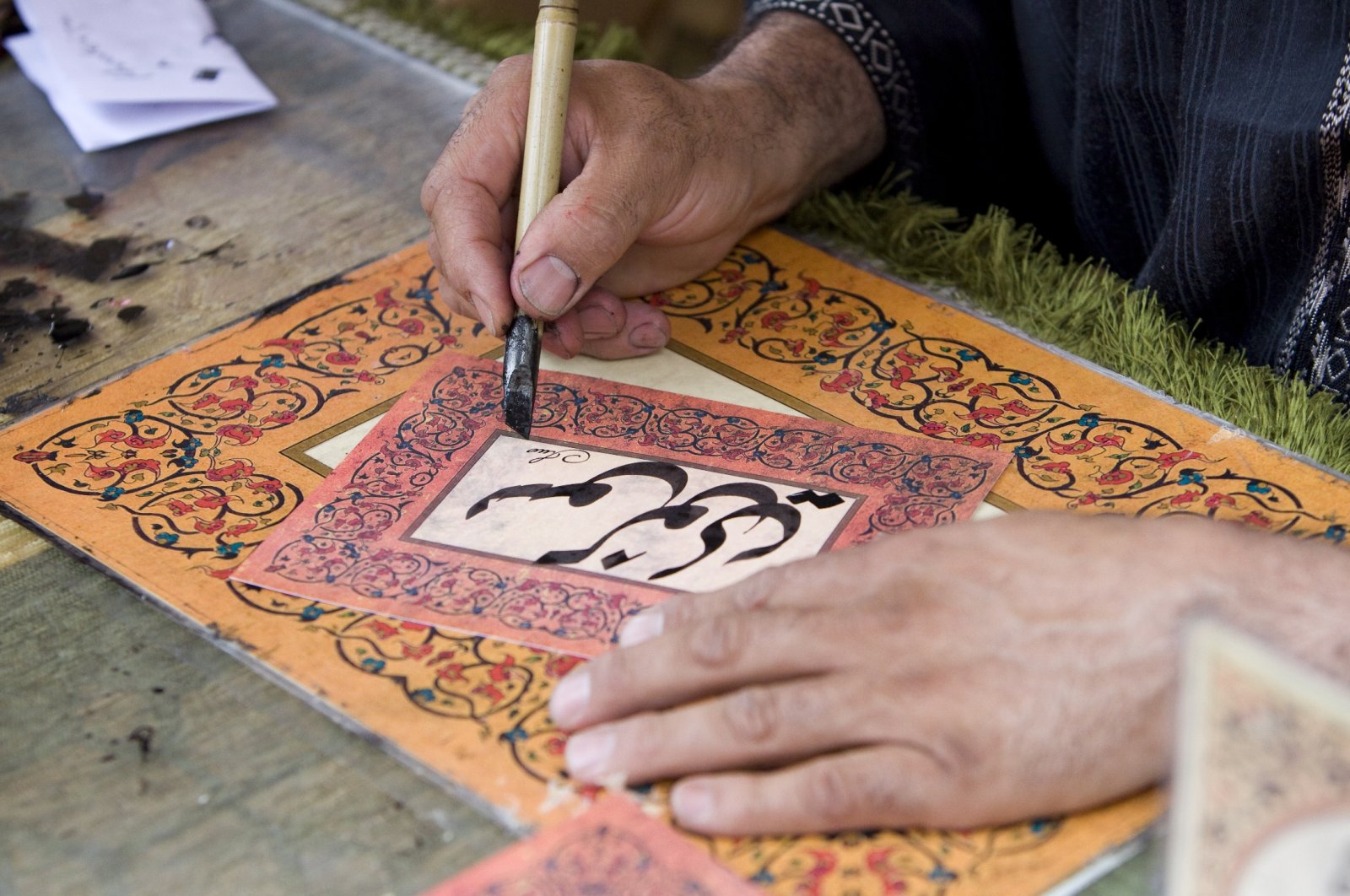 A man writes down a name in traditional Arabic characters in calligraphy. (Shutterstock Photo)
by Anadolu Agency Jun 10, 2021 1:06 pm
RECOMMENDED

There are many, many Turkish art forms and numerous techniques regarding writing. However, calligraphy stands out as the most popular among them, with its curved edges and old characters mesmerizing the eye, and it appears that South Africans agree, taking a particular interest in traditional Turkish handicrafts thanks to a hardworking calligrapher.

Çarıkçı said he was introduced to the art of calligraphy in a Quran course in the German capital Berlin when he was 12 years old. "When I saw the Quran and saw its letters, I had the feeling that I had found something I had lost."

He said that his talent for calligraphy was first discovered by his teacher in the course.

After receiving calligraphy training in Germany for four years, he said he returned to Turkey and started to practice art professionally with calligrapher Mustafa Efendi from the Üsküdar district of Istanbul province.

He said that he discovered his wandering side at the age of 17, after a trip he made along with his family from Germany to Turkey.

He was restless after that as he traveled to Nakhchivan, Armenia, Iran and Afghanistan for three months during his first trip.

"Of course, we went through hard times, but I discovered that traveling is a very good experience," he said and revealed the staggering number of places he visited: "Between the ages of 17 and 50, I visited 152 countries.”

He settled in Johannesburg after traveling around the world for years, in part because he had found his soulmate.

Çarıkçı stated the main reason for not relocating after getting married and settling in Johannesburg was the love he felt for his South African wife.