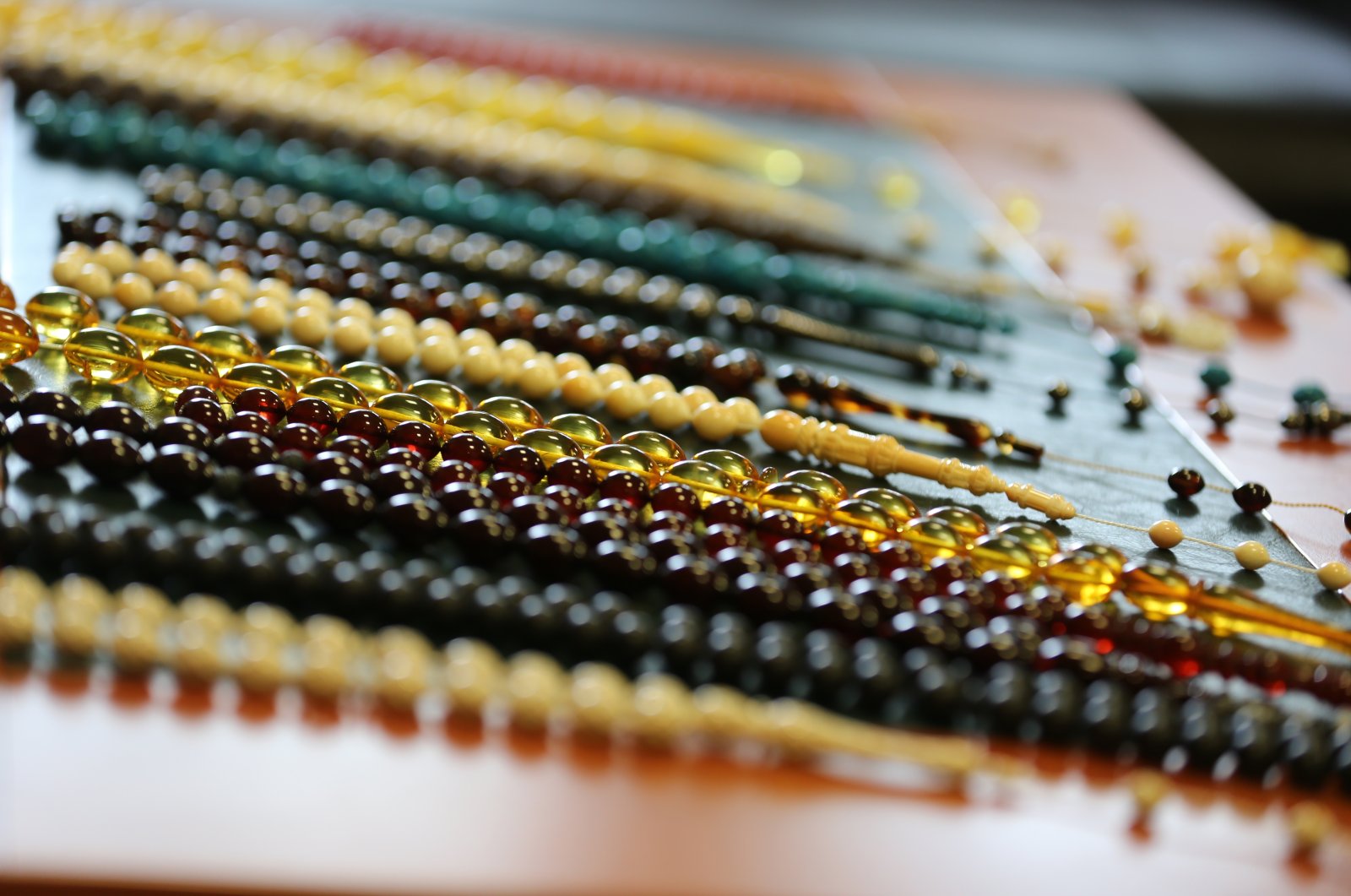 Tesbihs, small strings of prayer beads, hold significant importance for different belief groups around the world. These strings are donned as an accessory but also serve as a sign of faith in Turkey and can be considered works of art in their own right given the intricate workmanship that goes into making them.

Elaborate tesbihs were common across the Ottoman geography in the 17th century, and they still maintain their place in today’s culture. What makes them so valuable is the masters who construct them with magnificent decorations. Collectors and enthusiasts show the greatest interest in colorful tesbihs, which have large and small beads and are produced from various kinds of precious stones.

Tesbihs are considered an indispensable part of daily life among the public and some enthusiasts even commission tesbihs from masters using stones they consider lucky or unique.

Feyzullah Kalaycı, who like his brother Imdat Kalaycı, made a name for himself in the profession, told Anadolu Agency (AA) that he has been making tesbihs in Istanbul for 26 years. According to him, the Kalaycı brothers inherited this profession from their father.

He stated that when he began his career, many different prayer bead materials were not well-known in Turkey, noting that “Antlers, mammoth tusk or amber were not known much, for example.”

Kalaycı explained he would travel from country to country buying different materials, noting that they would use shells of dead animals and trees among other materials. The master underlined that they did not harm any living being to create prayer bead materials: "For instance, we recently have not been producing prayer beads from elephant tusk. This is because we do not want any animal to be slaughtered. But if the material is an old object, we take it and make prayer beads from it.”

According to the master, the number of prayer bead masters and collectors increased over time in Turkey. Collectors have shown more interest in drop-shaped amber tesbihs recently Kalaycı said, adding that both women and men enjoy wearing the prayer beads as necklaces and bracelets.

Kalaycı added that they have created tesbihs for many politicians and bureaucrats, including President Recep Tayyip Erdoğan. Implying that the elaborate tesbihs can be quite expensive, he said, "You can buy apartments in different susburbs of Istanbul for the price of three or five very good prayer beads."

Collector Mehmet Çebi said that his passion for tesbih collecting started 35 years ago when he bought his first prayer beads, which can be considered a work of art, at an auction held in Istanbul’s Beyazıt Square in 1986.

Çebi explained that he also developed an interest in calligraphy over time which inspired him to open the Hilye-i Şerif (the noble description of the Prophet Muhammad) and Tesbih Museum in Istanbul.

Emphasizing the great interest in tesbihs in Turkey, Çebi said: "There is such a thing as a tesbih culture in our tradition. This is a culture that has been passed down from generation to generation. When a child sees prayer beads in his father's hand, he develops a sympathy for it."

Çebi has amassed a collection of 7,000-8,000 tesbihs, some of which have been purchased from auctions abroad. Some 500 pieces from his collection are on display at the collector's museum.