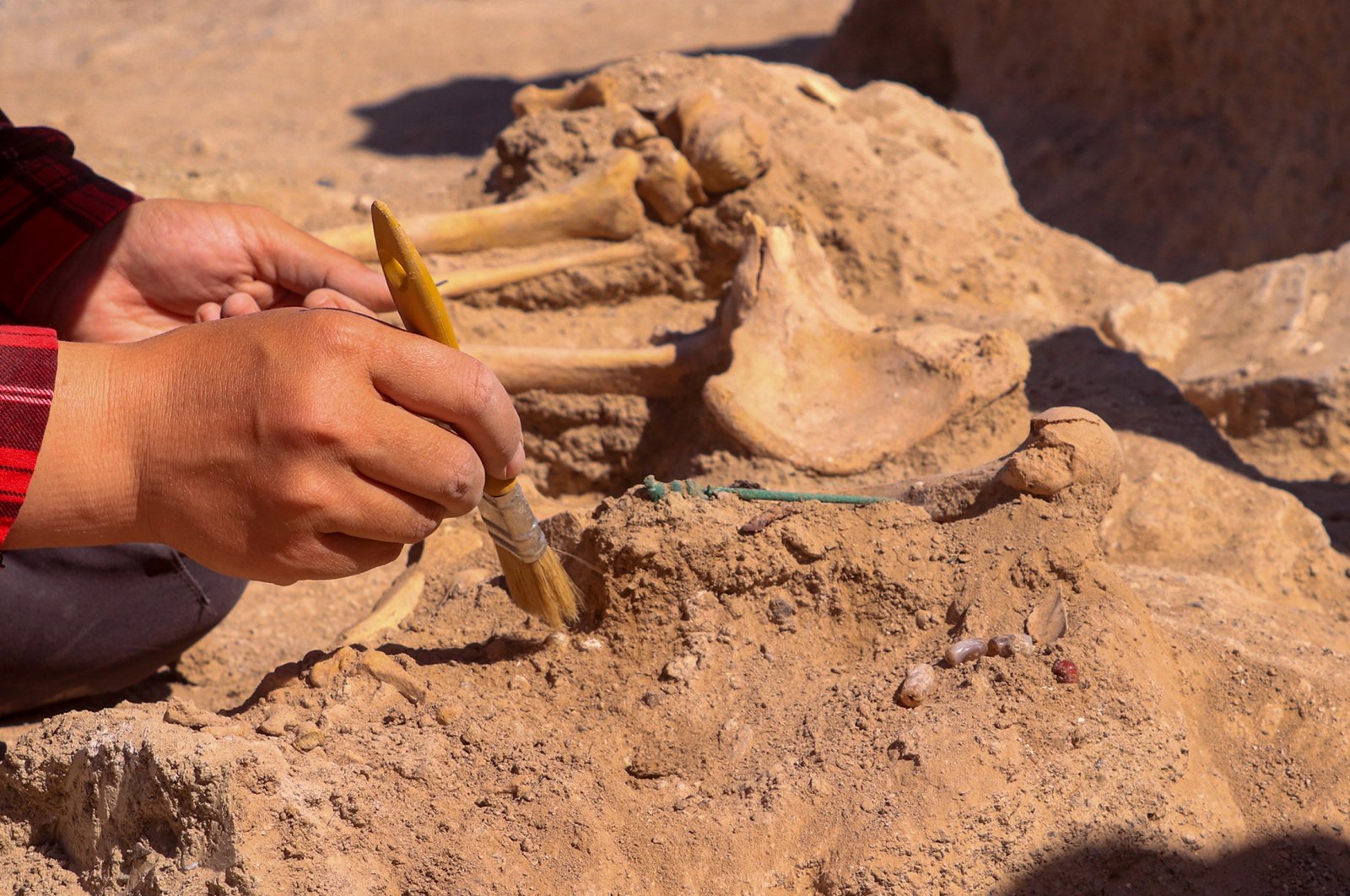 A member of the archaeological excavation team works on the skeleton of a woman unearthed at the necropolis of Çavuştepe Castle, in Van, Turkey, Sept. 8, 2021. (AA Photo)
by DAILY SABAH WITH AA Sep 09, 2021 1:18 pm
RECOMMENDED

A grave belonging to an Urartian woman believed to have been an administrator in her lifetime and buried with her jewelry and two seals was unearthed at the necropolis, or the ancient cemetery, of Çavuştepe Castle in the Gürpınar district of eastern Van province.

The archaeological excavations at the site are being conducted by a team of 25 academics led by professor Rafet Çavuşoğlu, head of the archaeology department at Van's Yüzüncü Yıl University. They have revealed important historical insight into the castle that was built between 764 and 734 B.C. by Urartian King Sarduri II.

The team discovered a grave with a woman's skeleton who was buried with engraved jewelry and two seals, and a study has been underway to determine the age and other characteristics of the skeleton.

Çavuşoğlu said that they had previously identified a grave with four horses, cattle and dogs buried in the excavation area.

He noted that they were discovering new finds in the area every day. “After removing the skeleton here, we encountered something completely different in the lower section. We found a grave belonging to a woman. We saw that she was buried with her jewelry.”

“When we opened it, we realized that the skeleton did not have a head,” he said and added, “The absence of a head could be because of a religious belief or a ritual. We guess that the woman's head might have been placed in a more sacred place.”

Çavuşoğlu also said the two seals found in the grave were once used for official ceremonies.

“One of them is engraved with the tree of life and various figures. The other, meanwhile, is arranged in the form of a lion and there is a stamp at the bottom," the professor also pointed out.

“Çavuştepe necropolis has always surprised and continues to surprise us,” he concluded.