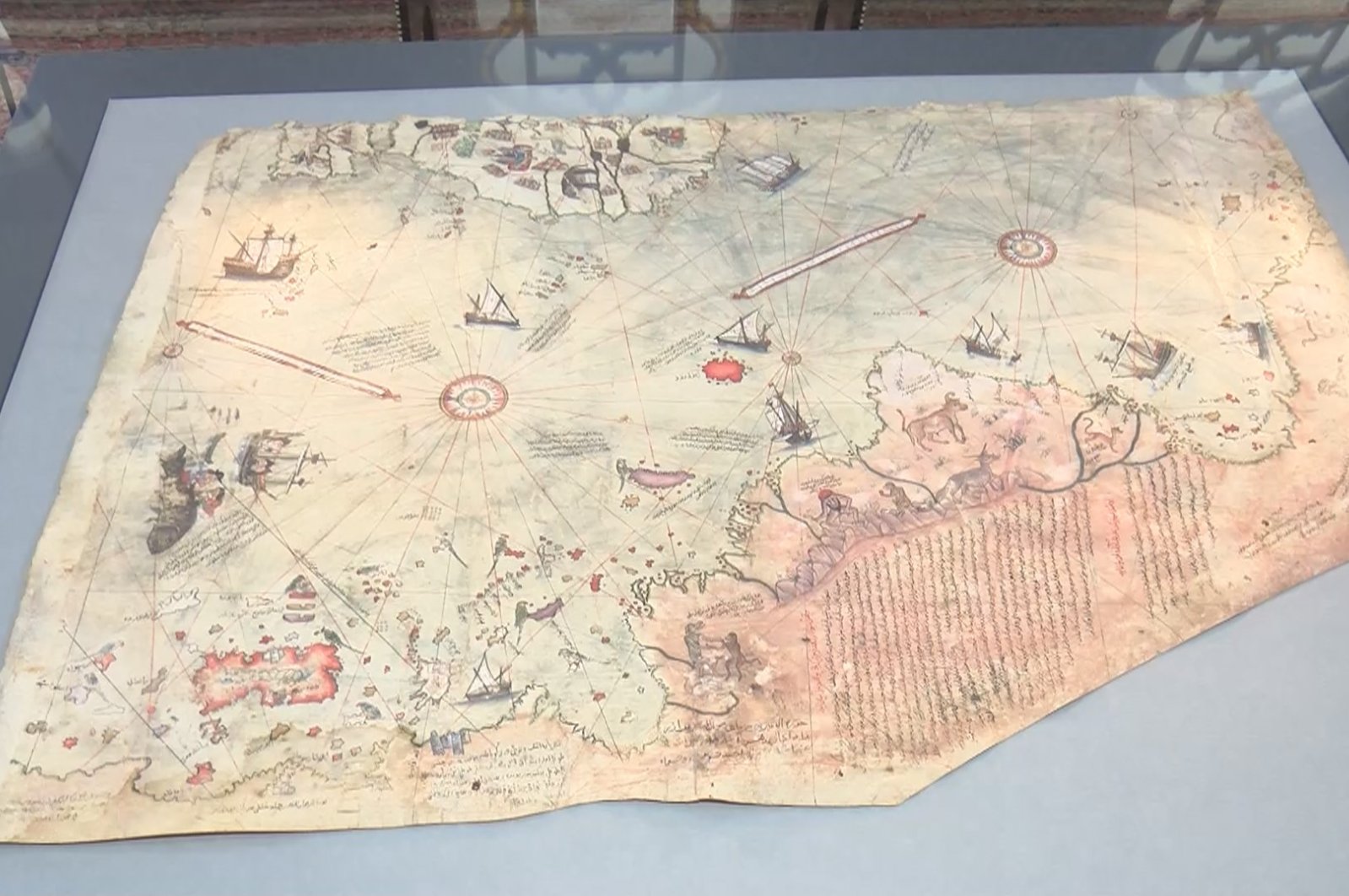 The famous 16th-century world map drawn by Ottoman admiral Piri Reis returned to exhibition at Istanbul's Topkapı Palace on Thursday after a long hiatus, much to the joy of visitors who are lucky enough to come across the masterpiece.

Regarded as being among the most important works from the Age of Discovery, the map is exhibited in intervals to protect it from heat, light and humidity.

The 508-year-old map is placed inside a special case at the Sultan Ahmed III Library (Enderun Library), which is located at the Third Courtyard of the historic palace.

Drawn on gazelle skin by master navigator and geographer Piri Reis using ink and watercolor paint, the portolan-style map measures 87 centimeters by 63 centimeters (34 inches by 25 inches). The map shows the western coasts of Europe and Africa, as well as the Atlantic Ocean and Central and South America. It is famous for being one of the oldest maps depicting the Americas.

A statement by the Presidency of National Palaces says that the map was uncovered inside other artifacts in 1924 – when the Topkapı Palace was being converted into a museum after the proclamation of the republic – thanks to the efforts of museum manager Halil Eldem.

Its uniqueness was confirmed by German professors Gustav A. Deismann and Paul Kahle, who had earlier published Piri Reis' important work "Kitab-ı Bahriye" (Book of Navigation) in German.