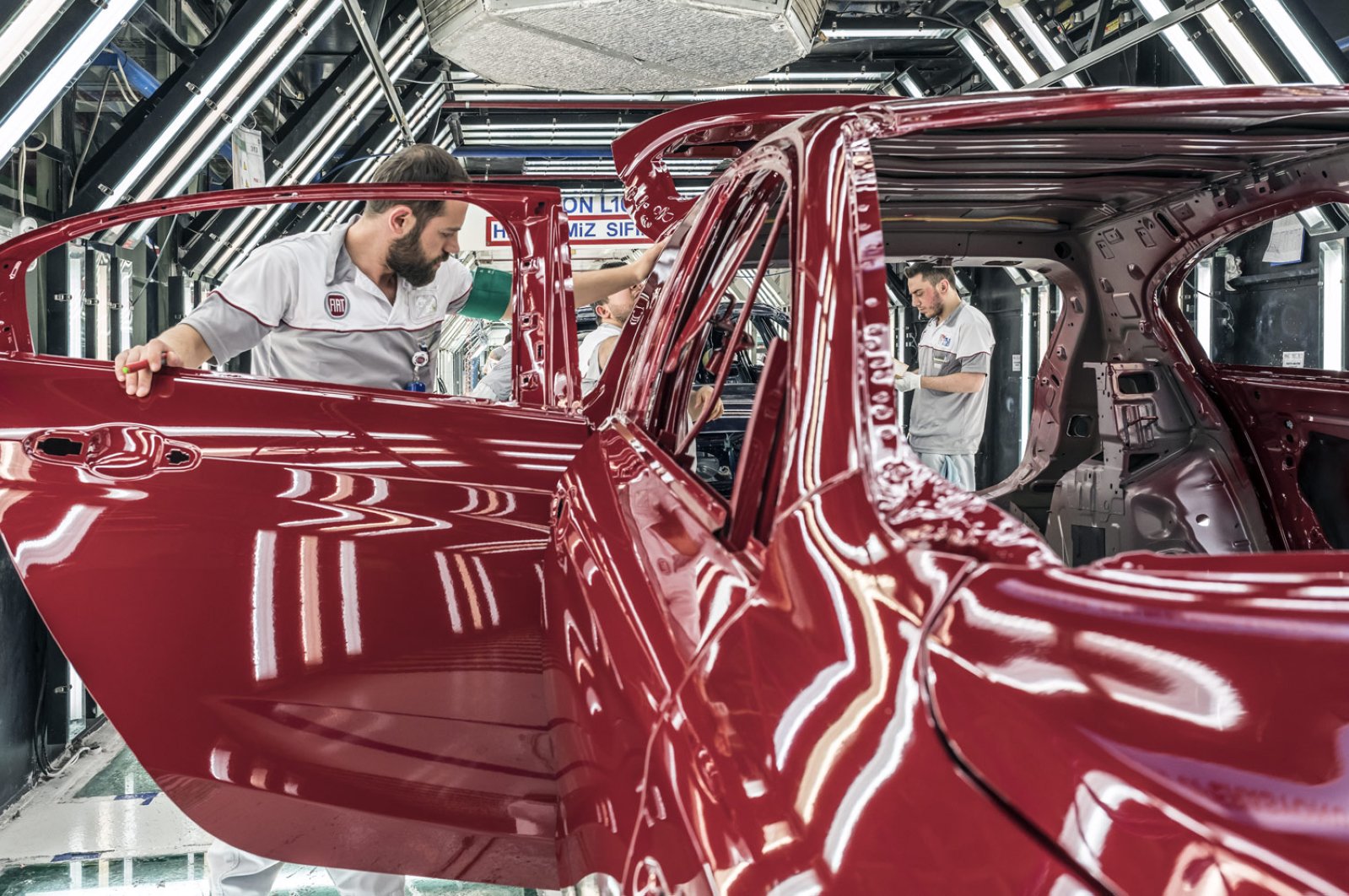 As the European automotive market resumes production amid uncertain demand due to the coronavirus outbreak, Turkey is well positioned to emerge from the crisis with less damage and to draw more export orders, according to an industry leader.

Automakers largely shut down their factories and halted production in the first four months of this year to stem the spread of the coronavirus and as demand collapsed.

Mostly restarting at a slow pace in May, automotive production is expected to ramp up gradually in the second half of the year, depending on consumer behavior and the course of the virus.

Alper Kanca, head of the Automotive Supplier Industry (TAYSAD), said the expected automotive sector revival in 2021, after a contraction this year, will not help it overtake the 2019 levels globally.

"Obviously 2021 will be better than 2020, but there will not be a festive environment, as it will not catch up to the moderate success of last year," Kanca told Anadolu Agency (AA) Tuesday.

According to the latest report by London-based global data firm IHS Markit, global auto sales in 2020 are projected to decline more than 20% year-on-year to 70.3 million units, up from prior estimates of a more than 12% drop.

Kanca underlined that local shutdowns are expected to result in a similar contraction in Turkey's automotive sector, corresponding to a loss of $5 billion.

"Turkey will wriggle out of this crisis better than its rivals and receive more export orders," he said, owing to its solid performance during the virus crisis (both in business and health care), the dynamism of Turkish firms, its proven resilience in dealing with crises, and its export-oriented structure.

Pointing to the structural changes that the sector will face in the post-pandemic era, Kanca projected that countries across the world will place orders in light of the geographic proximity of producers.

There is no country in Europe that can boast the capacity and capabilities that Turkey can, he added. "So Turkey may offer these abilities and skills to a higher number of European customers," he underlined.

Kanca praised Turkey's fight against the pandemic as doing better than many European countries, "as never seen before."

Its "maneuvering at the onset ensured no loss of production and people in the sector," he stressed.

On automotive sales figures in the months since the onset of the virus, Kanca stressed how the Turkish auto sales market posted an increase, contrary to the shrinkage of the European market overall.

According to the latest data from the European Automobile Manufacturers' Association (ACEA), the EU27 passenger car market saw a dramatic annual drop in registrations of new vehicles this January-March, down 25.6% from the same period last year.

Kanca said by financially hitting the automotive sector at levels unseen since the 2008-2009 recession, the virus led to a loss of customers, the engine of the sector.

Turkey's automotive sector also struggled with a drop in exports as Europe came to a near standstill, as around 75% of vehicles manufactured in the country are exported to the region.

"Domestic demand in Turkey was not enough to offset the collapse in demand from Europe for the automakers," Kanca underlined.

He highlighted that Turkish automotive supply factories did not totally halt production, in order to meet the demand of East Asian and South American customers as well as automakers that took up humanitarian projects such as making ventilators.

As all automotive factories reopened on May 11 in Turkey, Kanca suggested that the country should follow in Germany's footstep while ramping up production to full capacity. "We should pick up the pace looking at Germany, which is a good example for us," he explained.

Sharing his projections on when the outbreak abates, Kanca said the virus may have a lasting impact on the sector as it leads to changes in consumer behavior and investments.

The idea of car-sharing, once expected to be popular especially among young people, may collapse in the short term as people feel less vulnerable to infection traveling in privately owned vehicles.

"For not longer than five years, people who previously relied on public transport may switch to owning small, cheap cars to reduce the risk of infection," Kanca added.

With oil prices plunging to very low levels, investors may scale back funding on innovation, he predicted.

"It seems like investments in electrical vehicles (EV) will drop below projected levels for a few years due to financial strains," Kanca added.