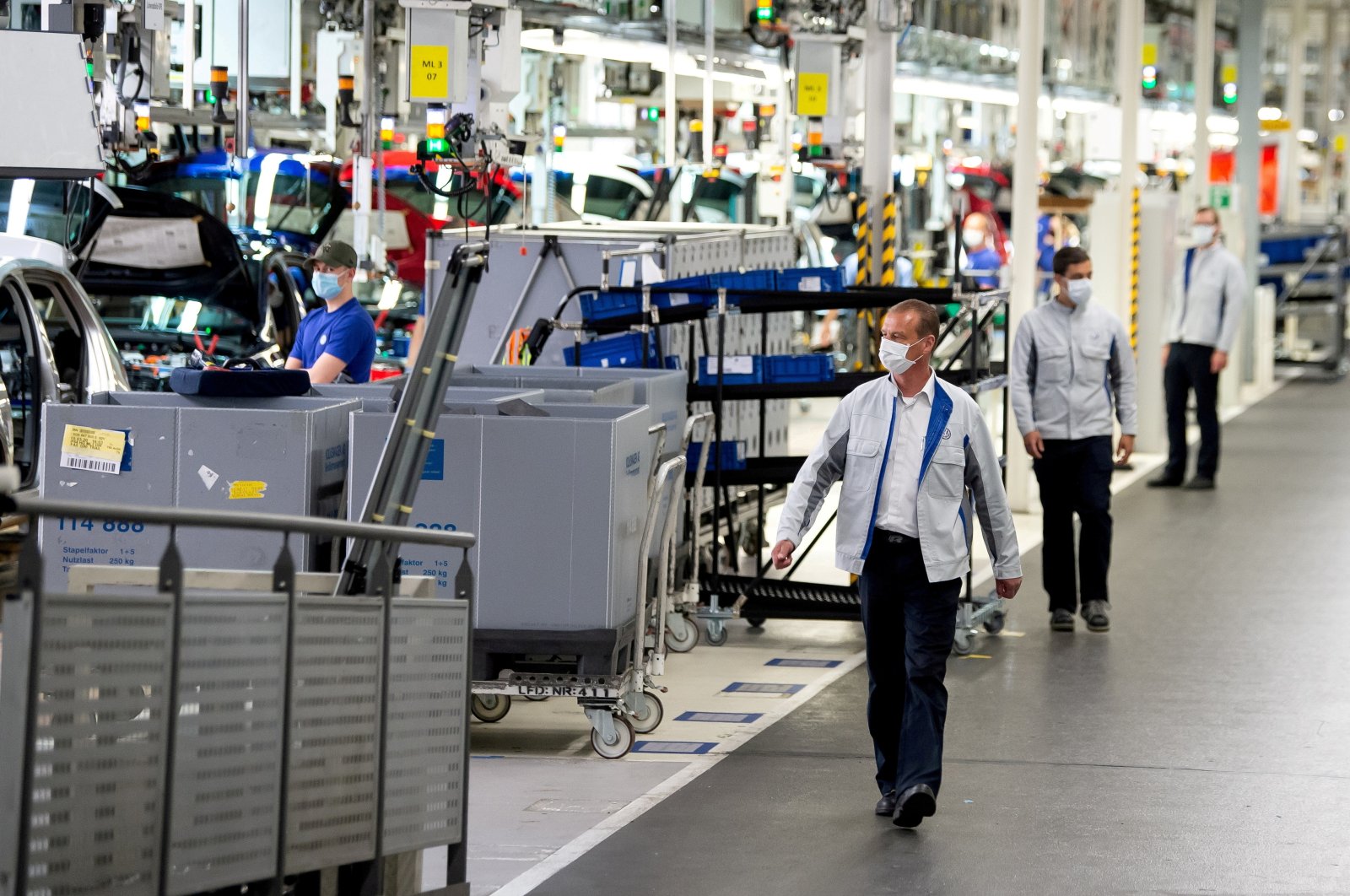 German automotive giant Volkswagen's operating profit and sales fell in the third quarter, the group said Thursday, as a global shortage in chips hampered the production of its vehicles.

"The global semiconductor bottlenecks particularly impacted on the business performance of the Volkswagen Group in the third quarter," the group said in a statement after it was repeatedly made to pause production at some of its plants due to missing chips.

The group's operating profit before special items plunged 12% in the third quarter compared with the same "weak" pandemic-blighted period last year to 2.8 billion euros ($3.2 billion), with its mass-market brands, including VW, suffering an overall operating loss.

Deliveries of vehicles were down 24% between July and September compared with the previous year, while demand in key market China "could not be met," the group said in the statement.

The disappointing result showed that the number one German automotive group "must now systematically drive forward the improvement in productivity in the volume sector," which includes VW, Seat and Skoda, Volkswagen CEO Herbert Diess said.

"We are determined to maintain our strong position against established and new competitors," Diess said, who has come head-to-head with unions over the reorganization of the group's flagship plant in Wolfsburg, Germany.

Following the difficult quarter, deliveries in 2021 would be "in line" with sales in the previous year, the group said, having previously expected them to rise.

Thanks to a relatively stronger first half of the year, the group's operating profit continued to exceed 2020 over the first nine months of the year, sitting at 14.2 billion euros, compares with 2.4 billion euros last year.

The short supply of semiconductors, a key component in both conventional and electric vehicles, had "intensified throughout the industry," Volkswagen said.