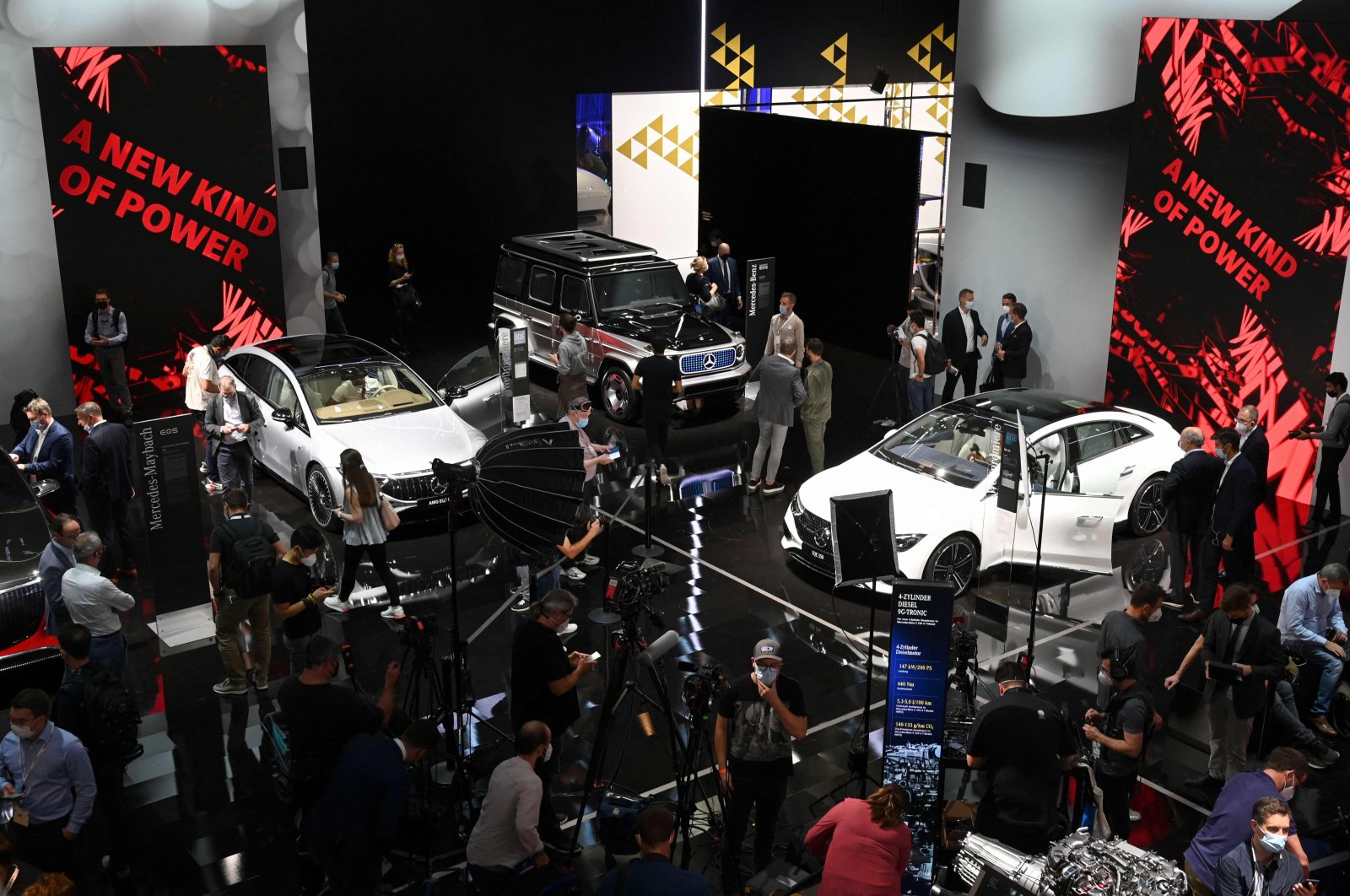 Germany's International Auto Show (IAA), one of the world's largest, which is being held as a “mobility fair” rather than an auto show this year, is opening in Munich Tuesday with hybrid, electric vehicles as well as electric bikes, scooters and flying taxis on display.

Temsa, a subsidiary of the Turkish conglomerate Sabancı Holding, is also participating in the fair and has an eye on all kinds of vehicles now going electric due to widespread climate crisis concerns.

The Turkish company will showcase its electric buses at the fair that is scheduled to run between Sept. 7 and 12.

Having already sold over 15,000 vehicles to around 66 countries, Temsa is set to display Avenue Electron and MD9 electriCİTY as well as the battery packages.

Its electric buses will also provide transportation services at the fairground.

Among those brands, Dacia is introducing its new model “Jogger” following the launch of fully electric city automobile Spring, compact model Sandero and SUV, Duster. The new model, which has five or seven-person capacity versions, is expected to strengthen the brand’s role in the C-segment class car market.

The Dacia Jogger will be offered to the market with two different engines: the gasoline TCe 110 and ECO-G 100. A hybrid engine option will be added in 2023. The Jogger will be the brand's first hybrid model. The Jogger, which will set off in the first quarter of 2022, is scheduled to be ready for orders in approximately 30 countries, including Turkey, in November 2021.

Chinese brands such as WEY, Xpeng and Leapmotor are also participating in the IAA 2021. Germany will be the first step for the WEY, which is planning to expand to Europe. LeapMotor, meanwhile, will showcase the C11 and T03 models. XPeng's “surprise” product will be a sedan model, the P7.