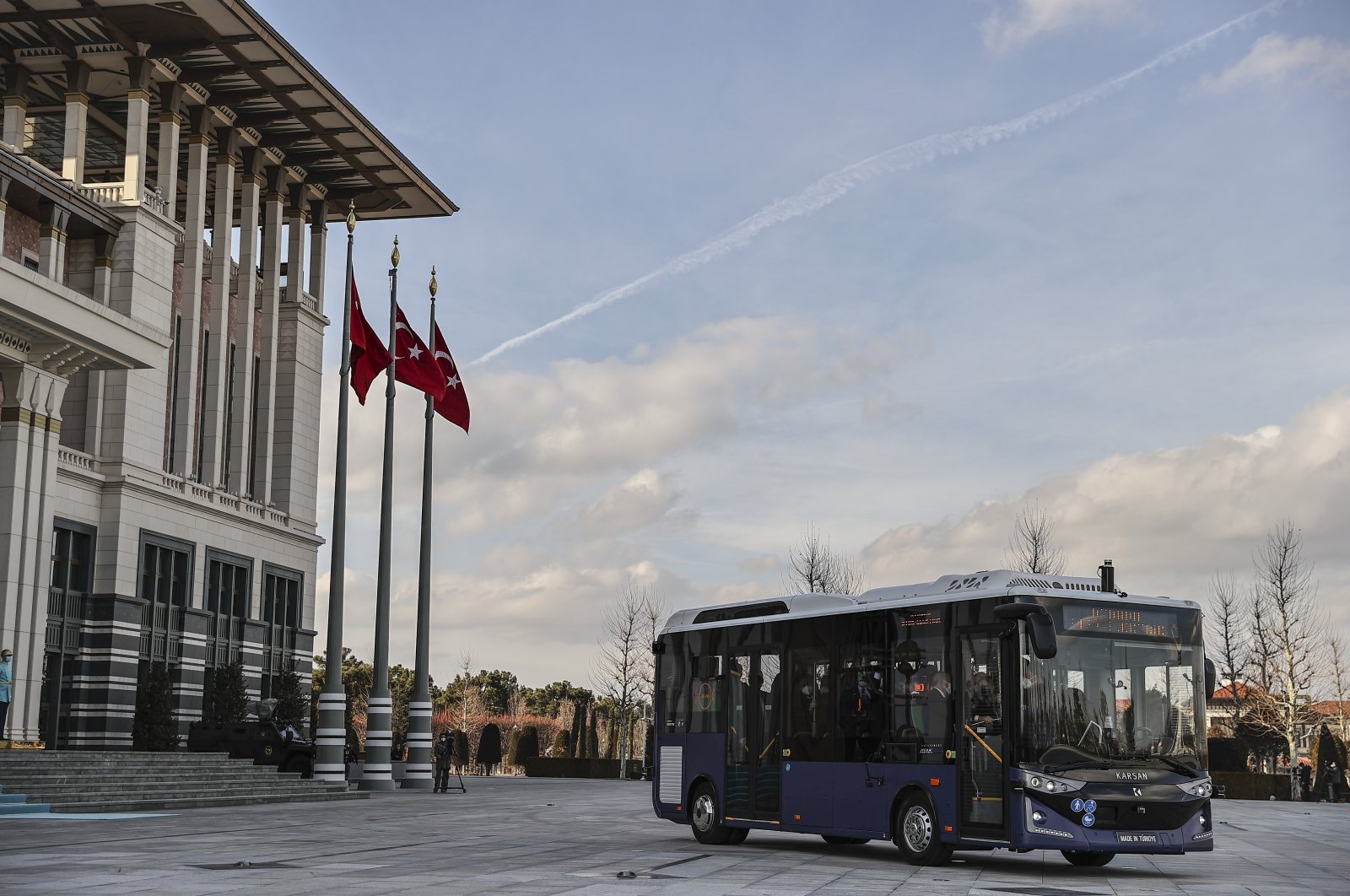 Mustafa Varank, the Turkish industry and technology minister, was also present at the event.

Karsan Atak Electric has a range of 300 kilometers (186.4 miles) between charges thanks to its BMW 220-kWh Li-Ion batteries, according to its manufacturing company.

"Atak Electric can charge its battery in five hours by AC (alternating current) or in three hours by DC (direct current)," the firm statement added.

Erdoğan also emphasized that the vehicle was part of the "initial steps for clean energy” because “the world is moving toward clean energy, and this is happening at a time when climate change is on the agenda.”

The firm has already started the mass production of the bus.

Turkey in December 2019 revealed the prototype of the first domestically manufactured fully electric car. The SUV and sedan models of the car, produced by the Automobile Joint Venture Group (TOGG), a consortium of Turkish companies working in cooperation with the Turkish Union of Chambers and Commodity Exchanges (TOBB), were showcased at the unveiling ceremony.

TOGG is projected to produce five different models of the car – an SUV, sedan, C-hatchback, B-SUV and B-MPV – by 2030 and will own the intellectual and industrial property rights to each. The cars will have a range of 300-500 kilometers (186-310 miles), and their batteries can be charged up to 80% in less than 30 minutes.