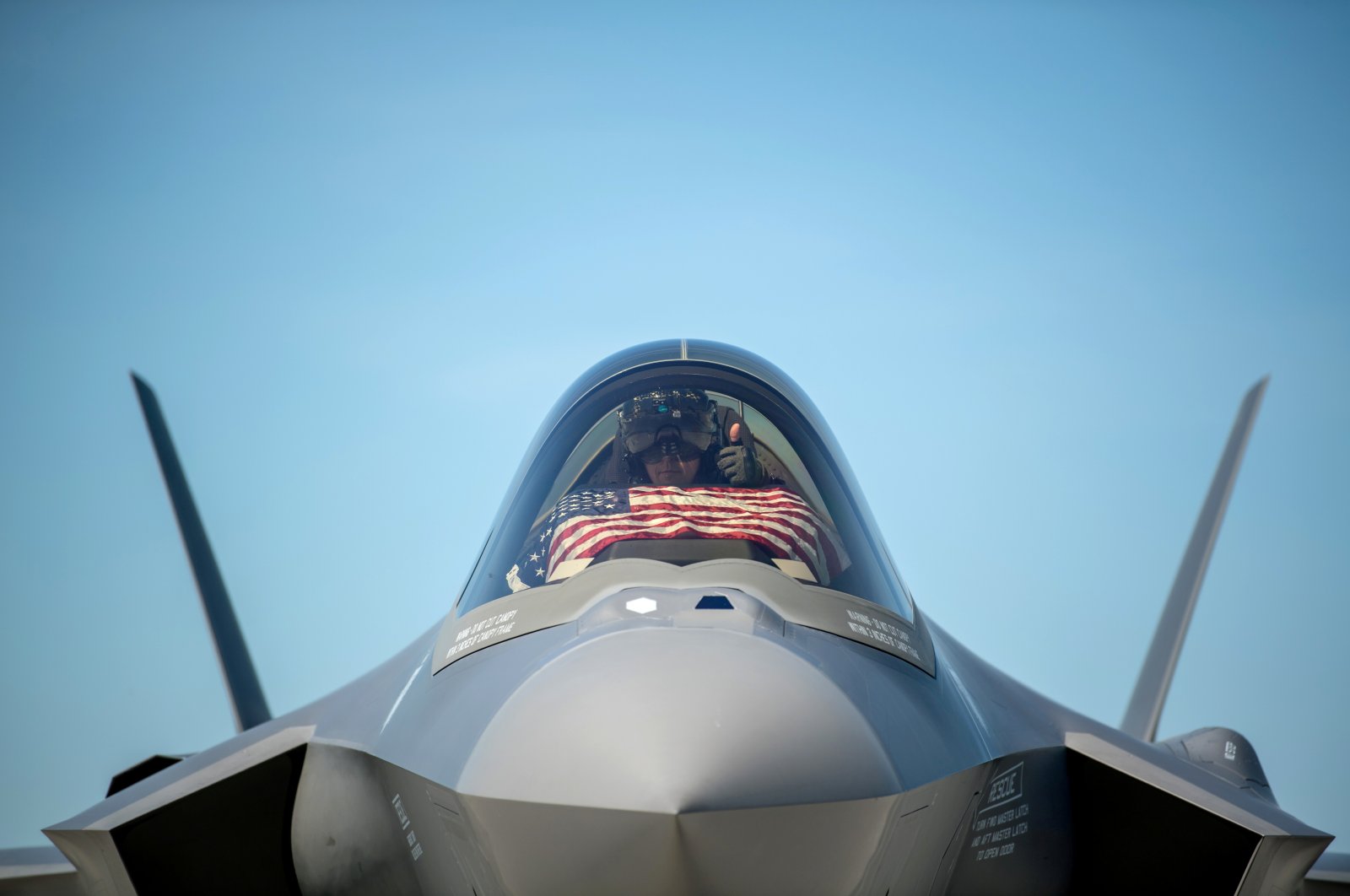 An F-35 pilot prepares for take-off from the Vermont Air National Guard Base with the flag of the United States before a flyover honoring Vermont’s front-line coronavirus responders and essential workers in South Burlington, Vermont, the U.S., May 22, 2020. (Reuters)
by Daily Sabah
Feb 27, 2021 6:27 pm

The U.S. Air Force wants inexpensive, lightweight fighter jets to replace its fleet of aging F-16s and to supplement its small number of stealth fighters that are too costly and unreliable – its nearly identical need from 20 years earlier.

Lockheed Martin Corp., however, has continued to add new technologies to the F-35 over the last two decades, making the lightweight replacement both heavy and costly, which is the same problem the Air Force had stated earlier.

The stealth fighter is incredibly advanced but it also requires exhaustive maintenance, there is an engine shortage and it is unreliable.

“The F-35 is not a low-cost, lightweight fighter,” former Air Force program manager Dan Ward said. Instead, he likened it to a $100 million Ferrari.

“You don’t drive your Ferrari to work every day, you only drive it on Sundays. This is our ‘high end’ (fighter), we want to make sure we don’t (exhaust it) for the low-end fight,” he said.

Currently, the Air Force has around 1,000 F-16s for its daily operations but they are rapidly aging and new units have not been purchased since 2001.

The F-16 lacks stealth and weighs 17-tons. It is also difficult to update with newer software, which is why Brown believes the Air Force should develop a new entry-level fighter rather than purchase the outdated machines.

The plan in the 1990s was to buy thousands of F-35s, replacing the Marine Corps, Navy and Air Force's tactical warplanes. Brown’s branch alone was set to take 1,800 from Lockheed Martin to act as its day-to-day jet while using the F-22 as its high-end fighter.

Due to this strategy, too many people wanted the F-35 to do too many things, according to Dan Grazier, an analyst with the Project on Government Oversight in Washington, D.C.

The desire for more technology added to the rising price tag but also created delays. That extra time gave engineers an opportunity to add even more complexities, he said. All of it added to the F-35’s costs – and even more delays.

Although they took flight 15 years ago, the Air Force has only 250 F-35s, not including the eight Turkish models it will buy, and it has only bought 195 of the F-22s, the purchase of which has been discontinued.

The Pentagon’s possible reallocation of its $700-billion annual budget may be pushing the Air Force to rethink what it now wants. As Washington sees Moscow and Beijing as larger threats, money may be moved from the Army to the Navy and Air Force.

“If we’re going to pull the trigger on a new fighter, now’s probably the time,” Grazier said.

The question remains whether the Air Force, armed with tens of billions of dollars in new funds, is capable of developing inexpensive, lightweight fighter jets to replace its 60-year-old F-16s. They tried and failed with the F-35 when they built a Ferrari. Perhaps this next opportunity will deliver the daily warplane the armed forces need.