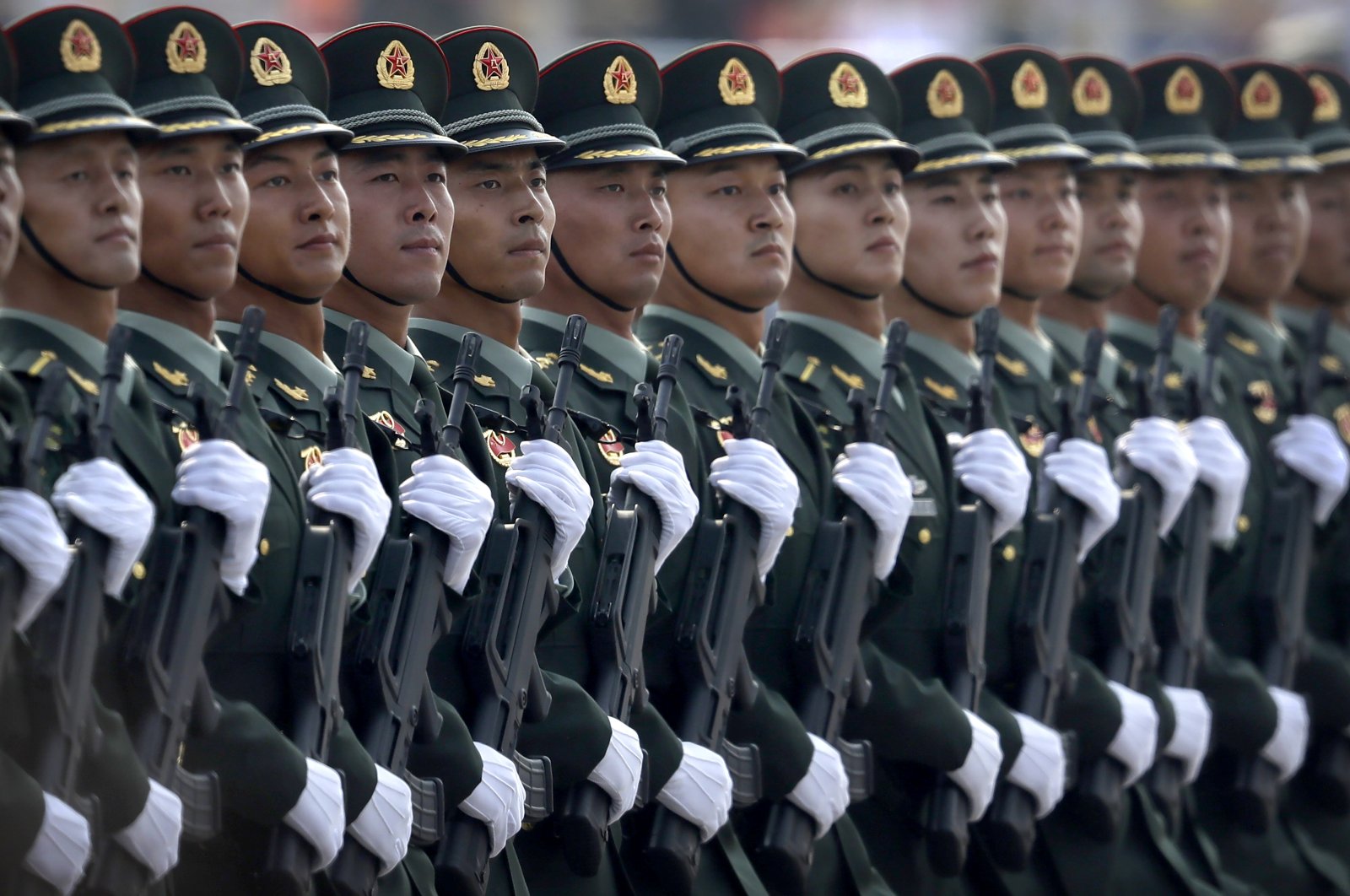 Chinese People's Liberation Army (PLA) soldiers march in formation during a parade to commemorate the 70th anniversary of the founding of the People's Republic of China in Beijing, China, Oct. 1, 2019. (AP Photo)
by ASSOCIATED PRESS Mar 05, 2021 3:06 pm
RECOMMENDED

Despite high government debt and the negative impact of the COVID-19 pandemic, China is increasing its defense spending by 6.8% in 2021 as it works to maintain a robust upgrading of the armed forces.

That’s up from 1.3 trillion yuan last year representing a 6.6% boost, the lowest percentage increase in at least two decades.

The military budget has dipped during periods of slower economic growth but has also been dropping steadily from the double-digit percentage increases over years as the increasingly powerful military matures and rapid expansion of what is already the world’s second-largest defense budget is no longer required.

The lavish spending increases of years past have given China the second-largest defense budget in the world behind the U.S. With 3 million troops, the world’s largest standing military has been steadily adding aircraft carriers, nuclear-powered submarines and stealth fighters to its arsenal.

The government says most of the spending increases go toward improving pay and other conditions for troops while observers say the budget omits much of China’s spending on weaponry, most of it developed domestically. China’s military is largely designed to maintain its threat to use force to bring Taiwan under its control, although it has also grown more assertive in the South China Sea, the Western Pacific, Indian Ocean and elsewhere.

The U.S., whose defense spending is estimated to run to about $934 billion between Oct. 1, 2020, and Sept. 30, 2021, has complained of a lack of transparency in China's defense programs, fueling speculation that Beijing aims to supplant America as the primary military power in East Asia.

The People's Liberation Army exercises a strong political role as the military branch of the ruling Communist Party. President and party leader Xi Jinping heads the government and party commissions that oversee the armed forces.

In his address to Friday's opening session of the ceremonial legislature, the National People's Congress, Premier Li Keqiang said the government would "thoroughly implement Xi Jinping’s thinking on strengthening the armed forces and the military strategy for the new era, (and) ensure the Party’s absolute leadership over the people’s armed forces."

"We will boost military training and preparedness across the board, make overall plans for responding to security risks in all areas and for all situations, and enhance the military’s strategic capacity to protect the sovereignty, security and development interests of our country," Li said.