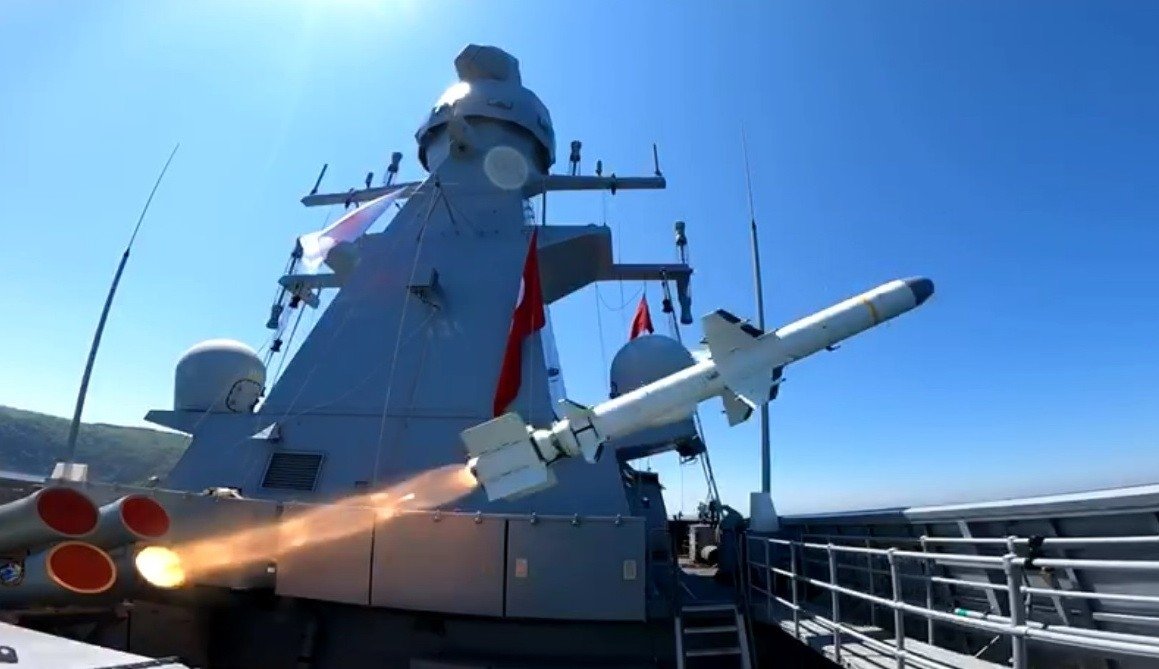 In a major milestone, Turkey has conducted the last test firing of its homegrown maritime missile, another important step showcasing the armed forces' technological capacity increase.

Compared to its previous tests, the long-range anti-ship missile Atmaca Friday hit a target ship for the first time, according to a video shared by President Recep Tayyip Erdoğan and other Turkish officials.

“The anti-ship missile Atmaca, our homeland’s steel sword, today hit a target ship for the first time during its last test-firing before it enters inventory,” Erdoğan said on Twitter.

The video also shows the damage, including a massive hole, delivered to the target ship after Atmaca was fired from the TCG Kınalıada corvette.

Also present for the historic test in the Black Sea province of Sinop were Defense Minister Hulusi Akar and top commanders.

The missile marks the latest of Ankara’s efforts over recent years to meet the needs of the armed forces with domestically-developed products.

One of the most important weapons in surface warfare, the missile was produced to decrease Turkey’s dependence on foreign sources, meet the needs of the Naval Forces Command and develop a deterrent weapon with national resources.

The navy's inventory currently has the U.S.-made Harpoon anti-ship missile. They are expected to be replaced by the Atmaca, which boasts superior features.

It has a range of more than 200 kilometers (124 miles), posing a threat to targets far outside visual range. It proved that it could reach 250 kilometers in shooting tests.

It is also capable of updating targets, reattacking and aborting missions via a modern data link.

Due to its advanced 3D route planning feature, different actions such as passing over islands and circling them can be performed in a complex area.

Critically, it is able to navigate from the water's surface. It generally sails at an altitude of 5 meters (26 feet) and can shoot below 3 meters.

The development of the anti-ship missile began in 2009, and a deal for mass production was signed between the Defense Industries Presidency (SSB) and Roketsan in 2018.

More than 20 tests have been carried out by Atmaca and continuous improvement has been achieved since November 2016.

Atmaca missiles are expected to be used on corvettes built under Turkey’s National Ship (MILGEM) project, along with other vessels and submarines that currently use Harpoon missiles.

Roketsan head Murat Ikinci said that with the Atmaca, Turkey gained the ability to manufacture and use its own anti-ship missiles.

The missiles will begin to be deployed on ships by the end of this year, Ikinci told Anadolu Agency (AA).

“This is a very important turning point for the Turkish Armed Forces,” he noted.