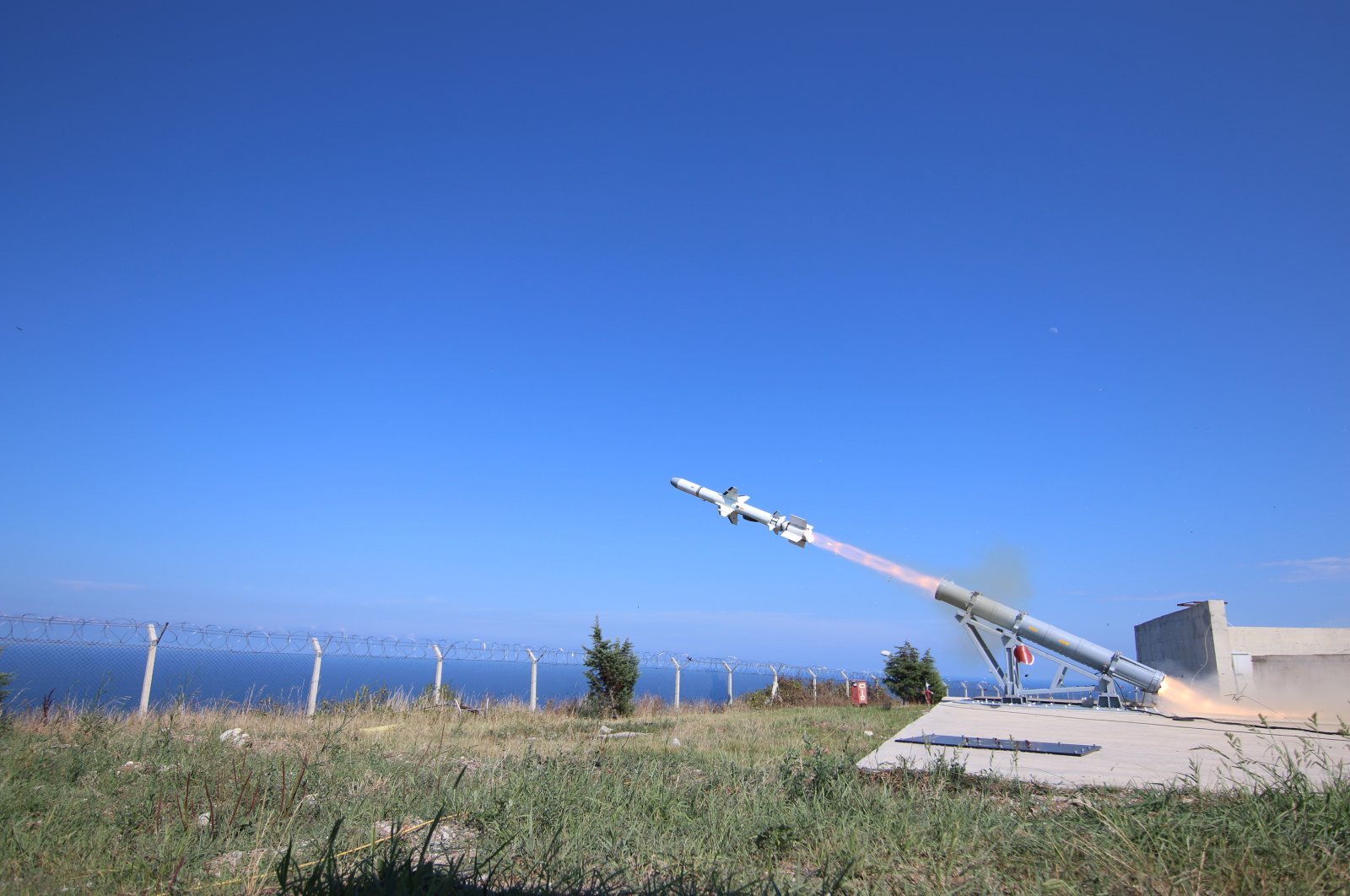 Turkey has successfully conducted the test-firing of its locally made maritime missile with a warhead, the country’s Defense Ministry said Friday.

Fired from the TCG Kınalıada corvette, Atmaca successfully hit its target in the Black Sea region, a video shared by the Defense Ministry showed.

Test activities of the long-range anti-ship missile developed by defense contractor Roketsan were carried out in the northern Sinop province, according to the office of governor.

“Our enemies will fear our domestic product Atmaca,” said Naval Forces Cmdr. Adm. Adnan Özbal after observing the test-firing with Erol Karaömeroğlu, the governer of Sinop.

Demir also congratulated everyone who contributed to the maritime missile.

In September, Demir had said Atmaca was nearing mass production. The missile in July passed its long-distance test launch.

The Naval Forces’ inventory currently has the U.S.-made Harpoon anti-ship missiles. They are expected to be replaced by the Atmaca missiles that boast additional superior features.

It boasts a range of more than 200 kilometers (124 miles), posing a threat to targets far outside visual range.

The development of the anti-ship missile began in 2009 and a deal for mass production was signed between the SSB and Roketsan in 2018.

Atmaca missiles are expected to be used on corvettes built under Turkey’s National Ship (MILGEM) project, along with other vessels and submarines that currently use Harpoon missiles.

Within the scope of the MILGEM project, Turkey last month launched the TCG Istanbul, the first frigate and largest warship domestically designed and manufactured by the country.

The land-based version of the missiles is also expected to be used for littoral security.

The missile will be powered with a fully indigenous KTJ-3200 engine, developed by Kale Group.

Atmaca is effective against fixed and moving targets thanks to its resistance to countermeasures, target update, reattack and task cancelation capabilities, as well as an advanced, 3D routing system.

The launch control systems for the missile were produced by another leading defense contractor Aselsan, while the fire control system was developed by the Turkish Naval Research Center Command (ArMerKom).

The missile hovers low above water and can reach its target both on linear and vertical planes. With this feature, the missile can reach a higher altitude when it gets closer to the target and can land on a target ship from directly above. The target of the missile can be changed even after launch and is highly protected against electronic jamming.