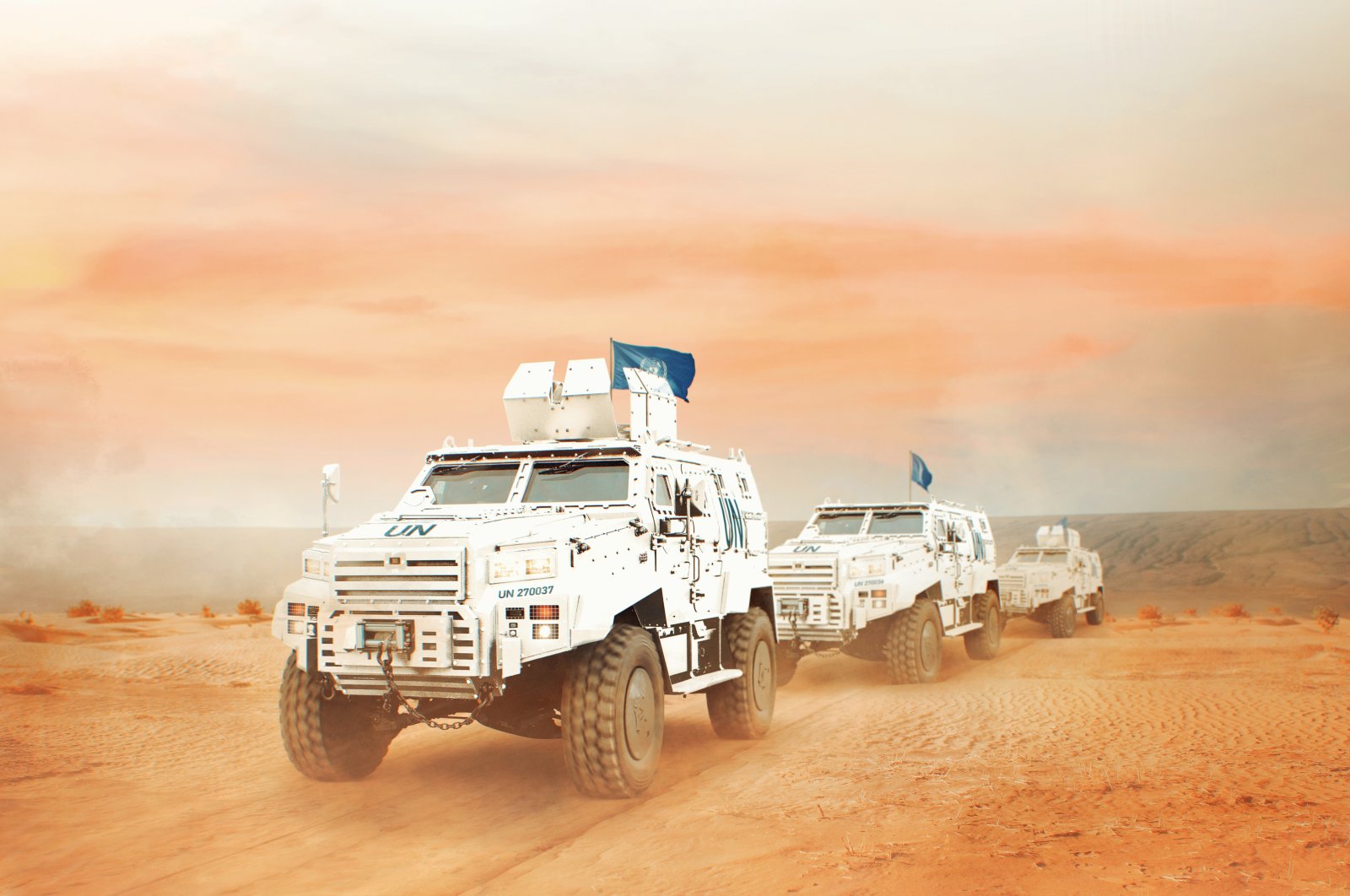 The Ejder Yalçın 4x4 comes in 10 different configurations that were developed for different combat and support missions. The vehicles are being preferred in many countries across the Middle East, the Gulf, Asia, Africa and Europe.

The combat vehicle recently entered the inventory of EU and NATO member Hungary. By doing so, it became the first armored vehicle produced in Turkey to be used by another NATO country.

The TWAV comes to the fore as a vehicle that can be part of joint operations that are conducted with next-generation technology vehicles found in the NATO inventory.

Ejder Yalçın has already been tested and used on the ground both by Turkey and international military units and security forces. An ambulance and a 120-millimeter mortar carrier most recently joined the Ejder Yalçın product family in line with the customer demands.

The 4x4 vehicle is being increasingly preferred by the U.N. Peacekeeping troops. It has already been protecting the deployed personnel in the Sahel region in Africa against asymmetrical threats and attacks.

Nurol Makina has most recently signed another contract for vehicles that will be used in U.N. Peacekeeping missions.

One of the main reasons why Ejder Yalçın is being preferred for U.N. missions is its compatibility in different geographical conditions and the maintenance and repair services being provided by Nurol Makina wherever the vehicles are being operated.

Besides, multiple pieces of equipment can easily and cost-effectively be integrated into the vehicle while keeping its performance intact, thanks to its NATO-compatible (N-GVA) structure.

Most recently in February, the company revealed that it has completed a new configuration of its Ejder Yalçın 4x4 and that the vehicles are now able to fire mortars with a new integrated system.