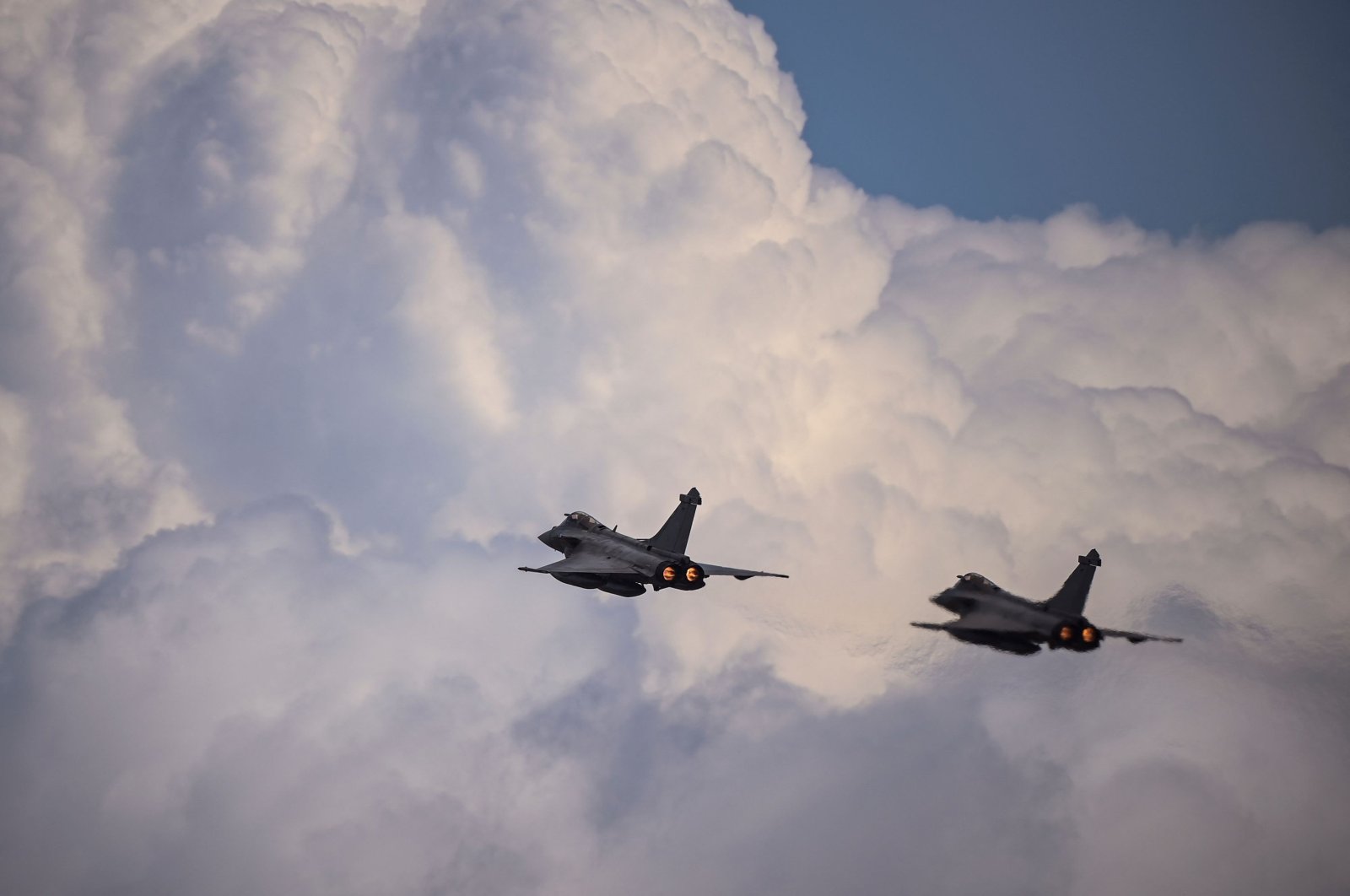 The order, which follows the 2015 purchase of 24 Rafale jets, will be financed through a 10-year loan, the military said.

Investigative site Disclose had reported earlier Monday that the order was part of a secret mega-defense deal worth 3.75 billion euros ($4.5 billion).

Citing confidential documents, Disclose said an agreement had been concluded at the end of April and a deal could be sealed on Tuesday when an Egyptian delegation arrives in Paris.

The Egyptian accord also reportedly covers contracts for missile provider MBDA and equipment provider Safran Electronics & Defense, which are worth another 200 million euros.

France's finance, foreign and armed forces ministries were not immediately available for comment.

This deal would be a further boost for the Dassault-made warplane after a 2.5 billion-euro agreement was finalized in January for the sale of 18 Rafales to Greece.

Disclose said financing for the deal would be up to 85% guaranteed by the French state with BNP Paribas SA, Credit Agricole, Societe Generale and CIC, which funded the original deal, signing up again. The banks were not immediately available for comment.

Egypt is the world's third biggest arms importer after Saudi Arabia and India, according to the Stockholm International Peace Research Institute (SIPRI).

Its arms purchases grew by 136% over the last decade, and it has diversified its sourcing beyond the United States, buying military equipment from France, Germany and Russia, the institute said in a report released earlier this year.

France was the main weapons supplier to Egypt between 2013-2017, including the sale of 24 warplanes with an option for 12 more. Those contracts dried up, including deals for more Rafale jets and warships that had been at an advanced stage.

Cairo has positioned itself as a bulwark of stability in the region as the conflict in its western neighbor Libya grinds on.

Diplomats said that was as much to do with financing issues over fears about Cairo's long-term ability to repay state-backed guaranteed loans, rather than concerns Paris had with the human rights situation in Egypt.

"By signing a mega arms contract with el-Sissi’s government while the latter presides over the worst repression in decades in Egypt, the eradication of the human rights community in the country, and undertakes extremely serious violations under the pretext of the fight against terrorism, France is only encouraging this ruthless repression," Jeannerod told Reuters.

At a joint press conference with el-Sissi in Paris in December, Macron said: "I will not condition defense and economic cooperation matters on these disagreements (over human rights)."

Rights organizations have accused Macron of turning a blind eye to what they say are increasing violations of freedoms by el-Sissi's government.

French officials dismiss this and say Paris is following a policy of not openly criticizing countries over human rights so as to be more effective in private on a case-by-case basis.