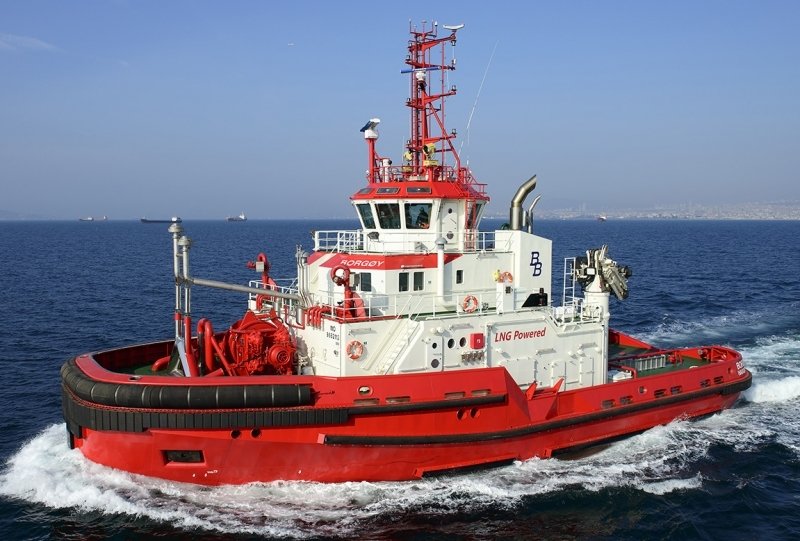 The contracts were signed between Pakistan's Port Qasim Authority and Sanmar Shipyards, according to a statement from Pakistan's Ministry of Maritime Affairs.

Sanmar, Turkey's leading tugboat manufacturer will deliver the vessels within one year.

The signing ceremony was witnessed by Pakistan's Federal Minister for Maritime Affairs Syed Ali Haider Zaidi and Turkish Ambassador to Pakistan Mustafa Yurdakul at the Maritime Ministry's office in the capital Islamabad.

This will be a significant step forward in the brotherly relations between both countries, the Pakistani statement said.

Zaidi also invited Sanmar to build a shipyard in Pakistan, share their expertise, transfer their technology and benefit from the local skilled workforce and low wages in Pakistan.

An official from Sanmar said they will take up the invitation and praised the due diligence done by the Port Qasim Authority's management, promising to deliver the vessels ahead of schedule while ensuring their quality.

Turkish shipbuilders already enjoy good relations with Pakistan's naval authorities. The country was the first to sign a contract with Turkey to purchase its MILGEM (National Ship) Ada class corvettes before Ukraine became interested in the same domestic navy vessels.

As part of the contract – dubbed as the single-largest export of the flourishing Turkish defense industry – between Pakistan and Turkish National Defense Ministry firm ASFAT, four vessels are to be built for Pakistan Navy.

The keel of the third Turkish-built MILGEM corvette was laid down in a ceremony in October last year.

The Pakistan Navy signed the contract with ASFAT in July 2018.

In October 2019, President Recep Tayyip Erdoğan, along with Pakistan Navy chief Adm. Zafar Mahmood Abbasi, cut the first metal plate of the first corvette during a ceremony in Istanbul.

Turkey is one of the 10 countries that can build, design and maintain warships using domestic capabilities.

The MILGEM project was initiated in 2000 to locally design and build a fleet of multipurpose corvettes and frigates that will replace older ships. Turkey has built four corvettes so far in line with the program, namely the TCG Heybeliada, the TCG Büyükada, the TCG Burgazada and the TCG Kınalıada, while the fifth vessel, the first MILGEM I-class frigate of its kind, the Istanbul Frigate, is still under construction and is expected to boost the country’s capacity and pave way for further export opportunities.

Raza was presented with a model of the Bayraktar TB2 UAV by Baykar CEO Haluk Bayraktar, during the visit.