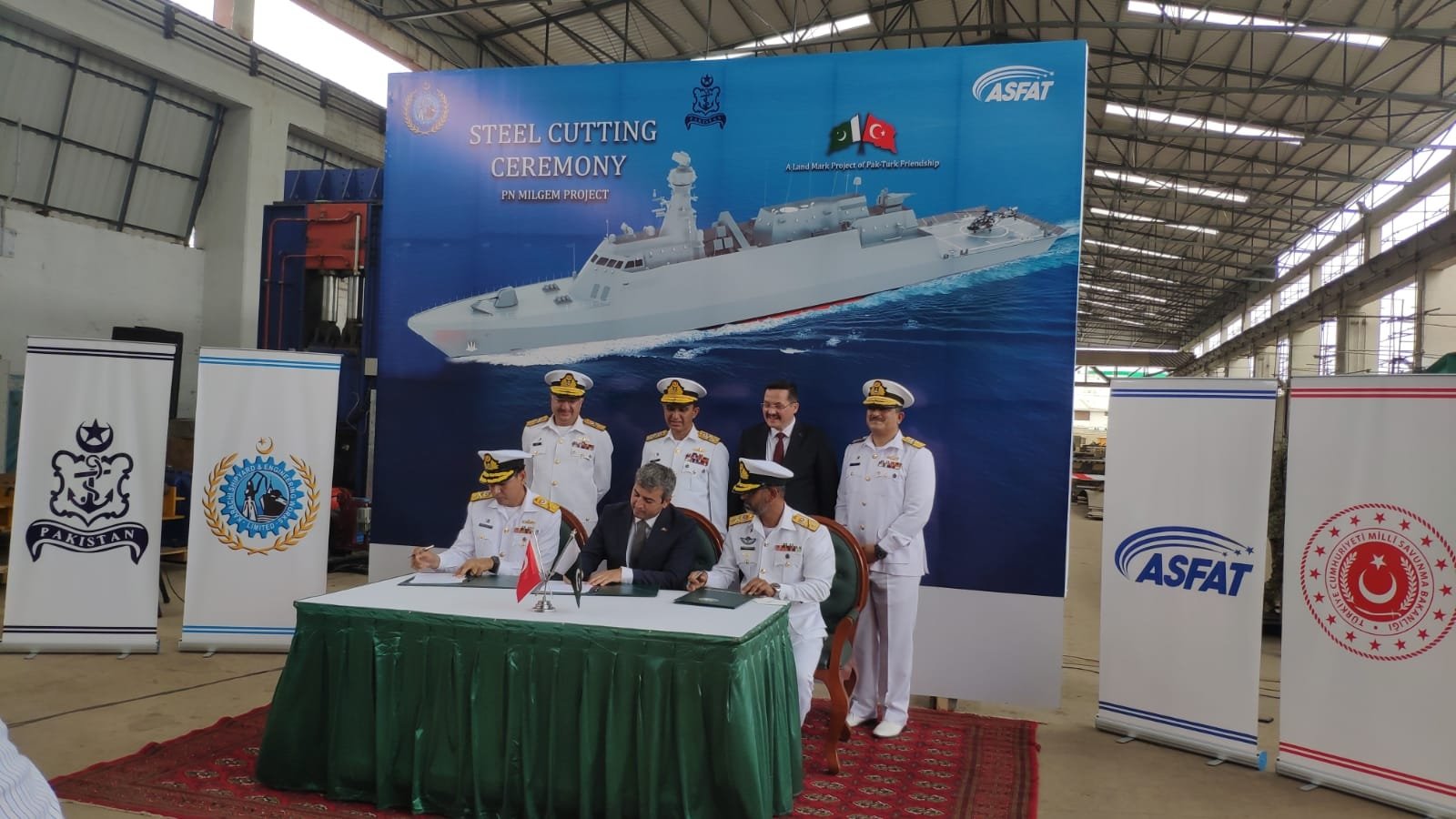 The steel cutting ceremony for the fourth Turkey-made corvette tailored for Pakistan’s navy was held in the southern port city of Karachi Tuesday.

According to the plan, two corvettes will be built in Turkey and the other two in Pakistan, which will also include technology transfer.

Addressing the ceremony, Niazi hailed ASFAT for achieving this milestone despite the global impacts of the coronavirus pandemic.

He praised the cooperation of the Pakistan Navy, ASFAT, Karachi Shipyard and the Defense Production Ministry for the construction of the warships.

The navy chief also thanked Ankara for its assistance and cooperation in the defense and security fields.

Niazi said that Tuesday's event is a defining moment to further cement the bond of friendship between the two strategically aligned nations with common shared values, culture and principles.

These corvettes will be fitted with the state-of-art surface, sub-surface and anti-air weapons and sensors, integrated through an advanced network central combat management system.

Akgün, in his remarks, said that with the groundbreaking of the fourth corvette, the project is entering a phase of constructing all four ships at the same time.

Despite the setbacks of the pandemic, he said, ASFAT is doing "everything humanly possible to complete the project on time and in budget."

Briefing on the ongoing MILGEM project, he said the production and installation of some 32 blocks on the slipway have been completed, both in Karachi and Istanbul.

Of these 32 blocks, he went on to say, 23 were produced and installed in Istanbul, while the remaining nine in Karachi.

Another 14 blocks have been produced in Turkey, and are ready to be installed, he added.

Some 38 blocks are under construction in Pakistan.

A total of 1,600 tons of steel, he further said, have been processed.

"Every event (like this) is another steel plate welded to our brotherhood roots," Akgün said.

MILGEM vessels are 99 meters (325 feet) long with a displacement capacity of 24,00 tons and can move at a speed of 29 nautical miles.

MILGEM anti-submarine combat frigates, which can be hidden from the radar, will further enhance the defense capability of the Pakistan Navy.

In October 2019, President Recep Tayyip Erdoğan along with the then Pakistan Navy Chief Adm. Zafar Mahmood Abbasi had cut the first metal plate of the first MILGEM Ada-class corvette during a ceremony in Istanbul.

Turkey is one of only 10 countries in the world that can design, build and maintain warships using its national capabilities.