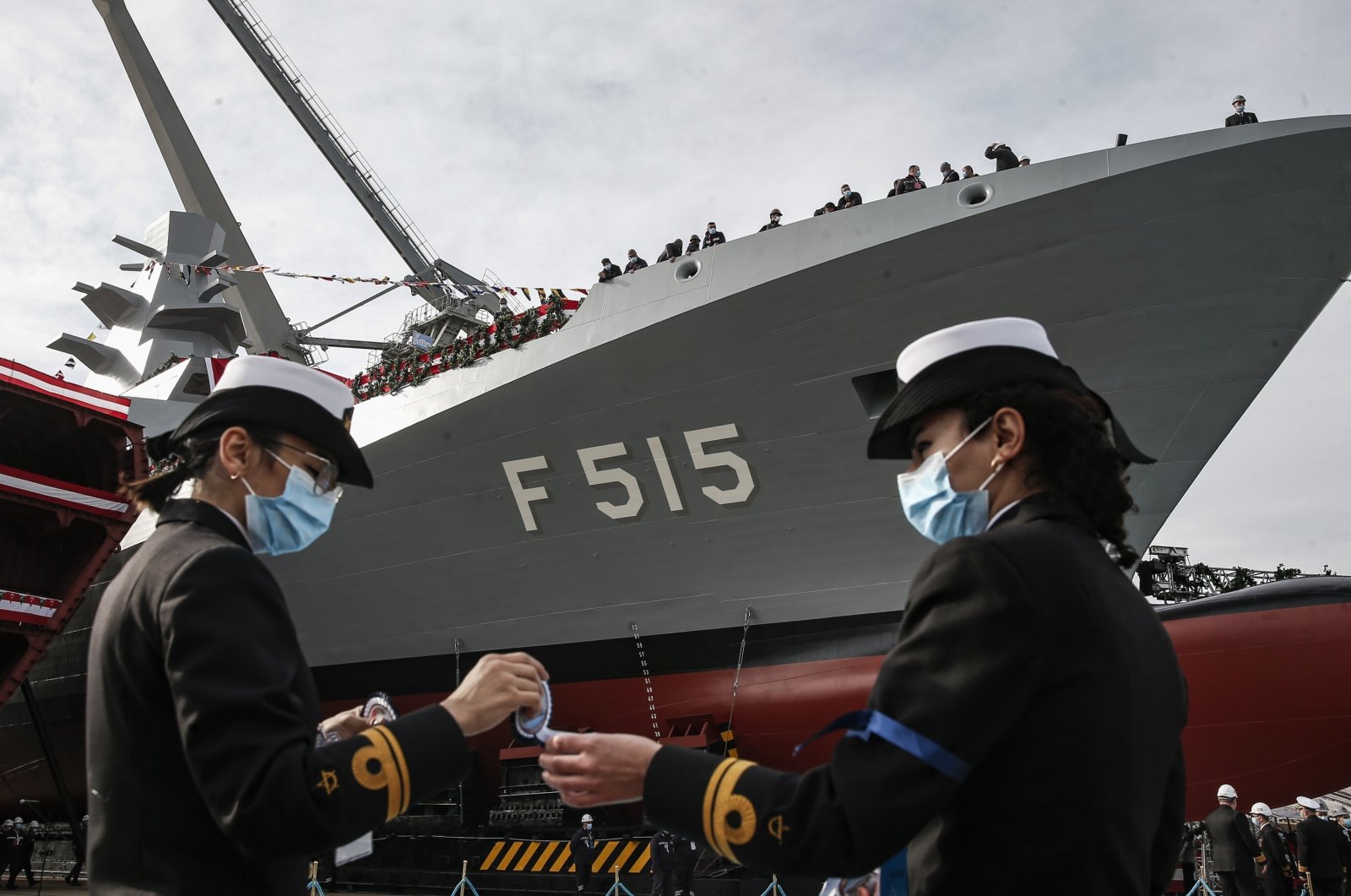 Turkey’s top defense industry body announced Wednesday that it will hold a tender for the manufacturing of three new frigates as part of the National Ship (MILGEM) project that has already provided the Turkish Naval Forces with domestically produced combat vessels.

The Presidency of Defense Industries (SSB) said the production rate of the domestically made parts in the new ships will be higher than before.

Ismail Demir, head of the SSB, told Anadolu Agency (AA) that they will continue their efforts to meet the needs of the security forces with the most advanced technologies, with the goal of a "fully independent Turkey in the defense industry."

The defense of the “Blue Homeland,” which Turkey calls the seas surrounding the country, occupies an important place in these efforts, Demir said, as the military moves toward boosting its naval power.

“Our domestic industrial companies have the ability and capability to build ships that have no equivalents around the world at competitive costs. With this strength, we are taking another important step in the MILGEM Project. The tender process for the sixth, seventh and eighth ships has started. The rate of locality will be much higher,” he said.

“We aim to make our ships available to the security forces as soon as possible. Our new ships will include more domestic equipment and weapon systems,” Demir said, adding that the domestic warships will reinforce the navy's stance that “instills trust in friends and fear in the enemy.”

Except for the systems that need further development, improvement or localization, the ships will be equivalent to the fifth ship of MILGEM, the Istanbul Frigate, which is the advanced version of the former corvettes built under the same program.

The bidders for the production must have a domestic shipyard or the design subcontractor must cooperate with a domestic shipyard. For the tender, it will also be required to have conducted or executed a military surface platform design/construction project with the SSB or to be partner of companies that fulfill this condition.

The MILGEM project has so far completed the deliveries of the Ada class corvettes, the first of which was the TCG Heybeliada in 2011, the second was the TCG Büyükada in 2013, the third the TCG Burgazada in 2018 and the fourth ship, the TCG Kınalıada in 2019.

The Istanbul Frigate (F-515), meanwhile, which was produced through close public-private cooperation – as is also the goal for the upcoming period, was launched in January this year.

The TCG Istanbul, which includes different features than the previous four corvettes, is a product of 70% local production.

Turkey is also manufacturing its MILGEM corvettes for the Pakistani Navy as part of previously signed deals, and for the Ukraine, which is said to include a technology transfer.