Turkey in talks with supplier abroad for Altay tank engine 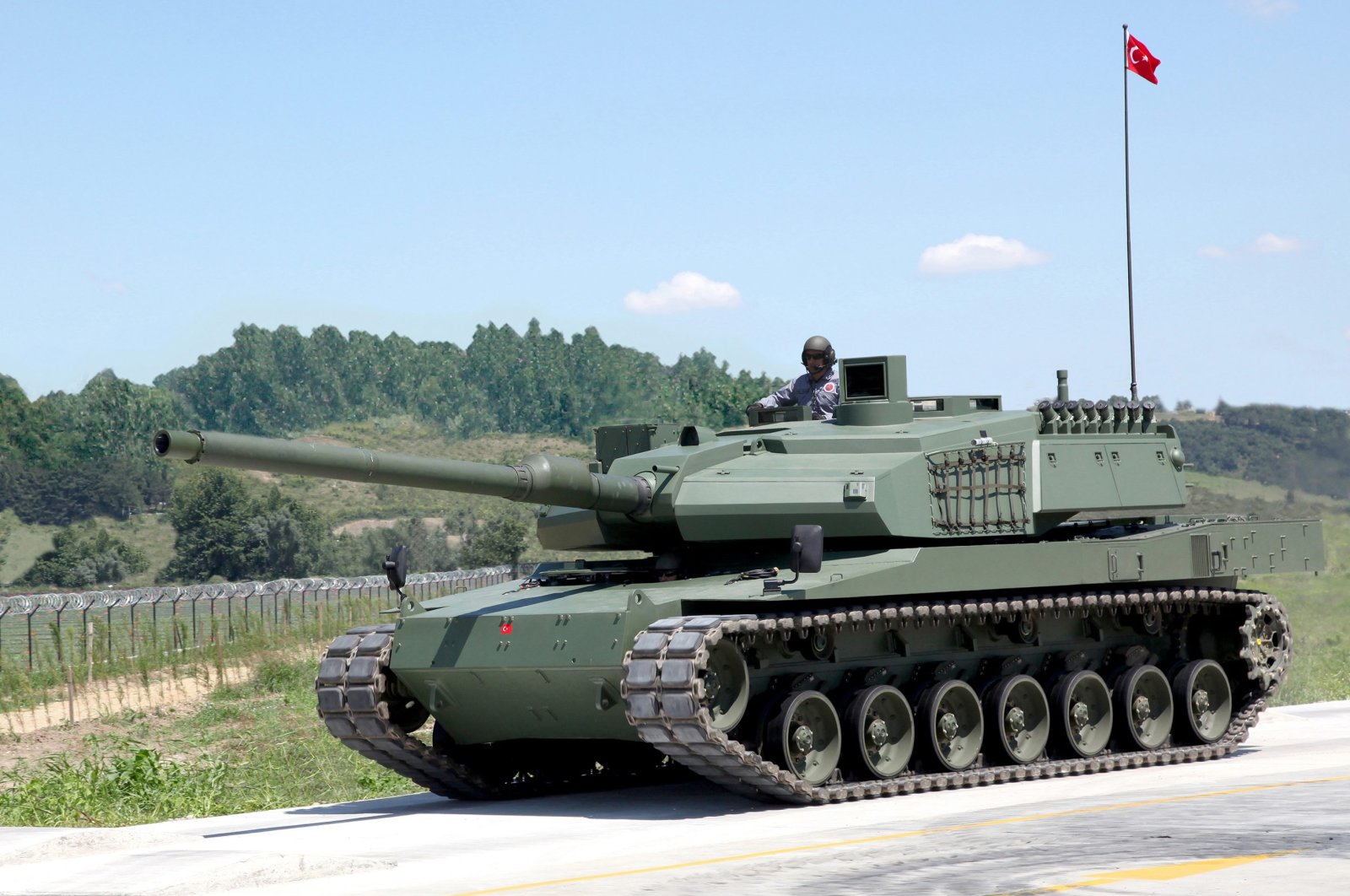 Turkey is in negotiations with a country to procure engines for its domestic main battle tank Altay, which will soon be integrated into the tank, according to Defense Industries Presidency (SSB) Chairperson Ismail Demir.

Demir told Turkish broadcaster NTV Wednesday that the problem regarding the engine of the tank will soon be solved and that the engine production with local means will also continue simultaneously.

The SSB head previously revealed that the prototypes of both the engine that will power the Altay and another type for light armored vehicles will be ready this year, though the tank will initially use a power unit purchased from abroad.

The prototype for the Altay was unveiled at a 2011 defense show in Istanbul. The next-generation battle tank, which is set to become the Turkish Armed Forces’ (TSK) most important frontline vehicle, was named after army Gen. Fahrettin Altay, who commanded the Fifth Cavalry Corps during the Turkish War of Independence.

Classified as a "third-generation advanced" tank, the Altay will be equipped with state-of-the-art technology, capable of providing all kinds of tactical support for a 21st-century army. The tank is expected to become of critical importance for the Turkish military in the future thanks to its excellent mobility, superior firepower and durability.

The Altay will have a 120-millimeter, 55-caliber smoothbore gun as its main weapon. Its next-generation fire control system will allow the user to shoot targets in motion with a high accuracy rate. The tank will also feature a 12.7-millimeter remote-controlled turret and a 7.62-millimeter tower-mounted firearm for use in urban areas and fire support. It will also feature composite armor to withstand the impact of shrapnel, bullets, missiles or shells, protecting its crew from enemy fire.

Previously, Altay's prototype was powered by a 1,500 horsepower diesel engine from Germany's MTU Friedrichshafen GmbH. The German Rheinmetall has also established a joint venture with Turkey’s land vehicles producer BMC aimed to establish joint production of armored vehicles, particularly the main battle tank, Altay; however, the production and supply of the tank engine came to a halt following Berlin’s decision to limit arms exports to Turkey, a long-term NATO ally.

The German arms embargo came as a result of the flare-ups in Syria that have put weapons sales to Ankara under intense scrutiny. Germany has repeatedly announced that it limits arms sales to Turkey, which launched an anti-terror operation in northern Syria that targeted both Daesh terrorists and the PKK terrorist group and its Syrian branch, the YPG.

Ankara has long criticized German authorities for not taking serious measures against the PKK, which is listed as a terrorist organization by Turkey, the U.S. and the EU, and waged a terror campaign against Turkey for more than 40 years, causing the deaths of nearly 40,000 people, including women and children.

The arms embargo, meanwhile, does not include naval products and joint projects in the maritime sector between the two countries.

Turkey’s first local tractor manufacturing company, TÜMOSAN Engine and Tractor Industry Inc., has already accelerated its projects in the defense sector by joining a project to develop an engine for the Altay.

The SSB head further commented on unmanned aerial vehicles (UAV), saying that works continue regarding the manufacturing of different types of UAVs, a technology that has already placed Turkey ahead of its competitors and attracted worldwide interest.

Demir emphasized that works regarding the UAVs that can take off from and land on maritime platforms, such as Turkey’s flag-ship-to-be TCG Anadolu, are being maintained meticulously.

Speaking of the purchase of Russian S-400 air defense systems and the relevant U.S. sanctions, Demir noted that Ankara has already disclosed what it will do and that the sanctions will not affect Turkey, noting that nothing can be achieved through such moves. Washington has unilaterally blocked Turkey’s return to the F-35 Lightning II jet program over the purchase of the air defense systems despite repeated calls from Ankara that this could cause serious damage to the relations between Ankara and Washington.

Demir noted that there was a “clear loss of rights” and that Ankara’s six-month contract with Arnold & Porter was aimed at identifying future steps to reverse these losses.

“We are not in a mood like ‘let’s get back (on the project), we must get back.’ We say there is an injustice and that this injustice needs to be fixed,” said Demir, who was sanctioned by the United States.

“The goal of all our efforts is not necessarily to get back on the program, but rather for the injustices to be seen and for our loss of rights to be compensated,” he added.

Despite Turkey’s removal from the program and sanctions imposed on its defense industry, the Pentagon has said it will continue to depend on Turkish contractors for key F-35 parts.

Washington argues that the system could be used by Russia to covertly obtain classified details on the Lockheed Martin F-35 jets and is incompatible with NATO systems. Turkey, however, insists that the S-400 would not be integrated into NATO systems and would not pose a threat to the alliance.