'Turkey will not turn back from S-400 defense system acquisition' 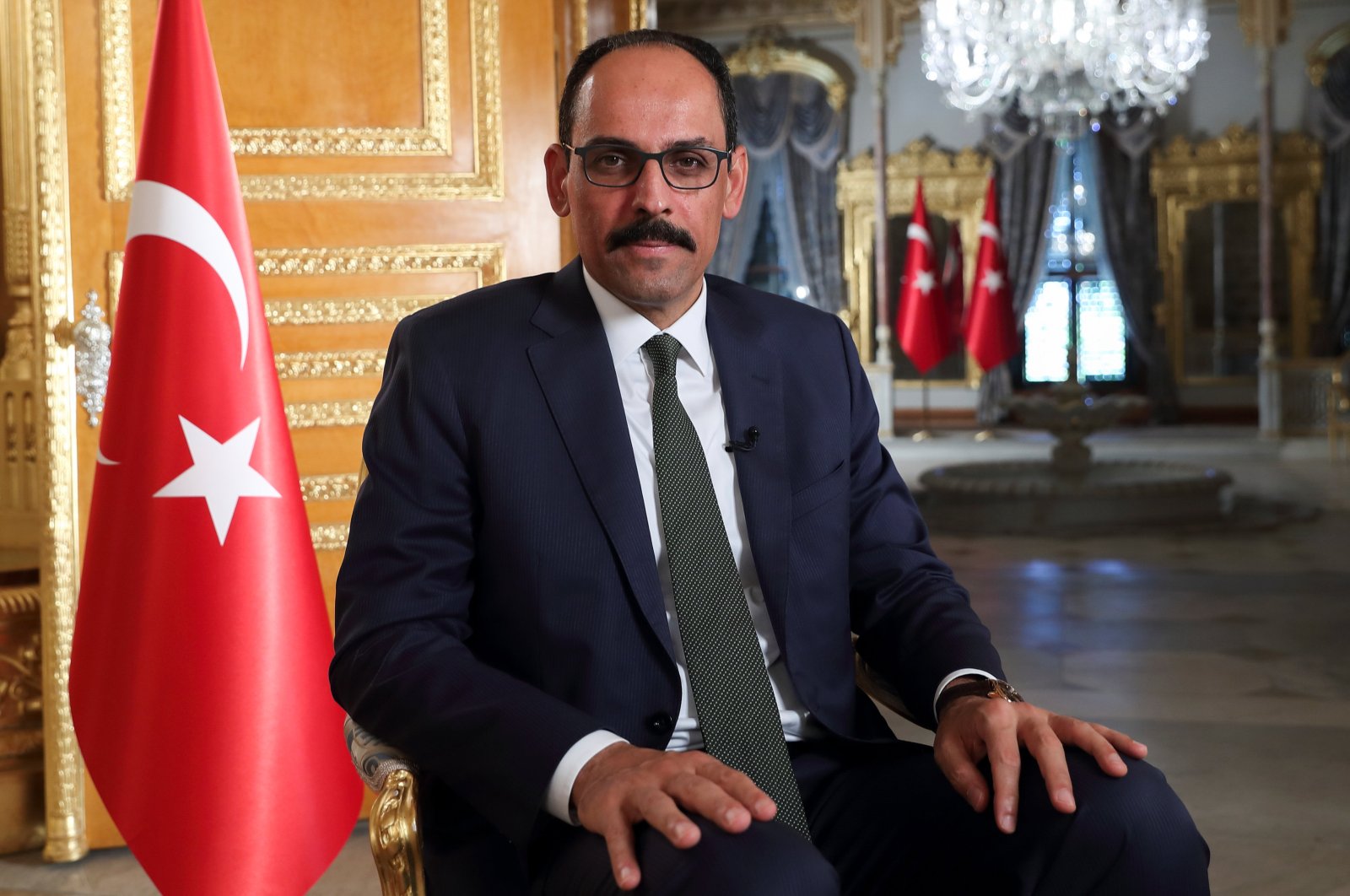 Turkey will not turn back from its acquisition of Russian S-400 defense systems, over which the United States sanctioned Ankara, Presidential Spokesperson Ibrahim Kalın said on Thursday, adding that Ankara would seek to resolve issues with its NATO ally through dialogue.

Speaking in an interview with public broadcaster TRT Haber, Kalın said talks are being held with Washington over their disagreements but that quick solutions to problems over a host of issues should not be expected.

"The United States has so far said it will not engage in any negotiations over this conflict. Turkey will not turn back from the Russian S-400 issue," Kalın said.

"When we read the strategic picture the right way, we think we can make advances," he said. "By proposing solutions, we will be in negotiations," he added.

Kalın also said Defense Minister Hulusi Akar's recent comments had been misunderstood but did not elaborate.

Turkey's defense minister said on Tuesday that Ankara would propose only partially activating the S-400s in negotiations with the U.S.

The U.S. imposed sanctions on Turkey's Presidency of Defense Industries (SSB) and its chief Ismail Demir in December. The sanctions were imposed to penalize Turkey for its purchase of the S-400s.

The Countering America's Adversaries Through Sanctions Act (CAATSA) – designed to deter any country from agreeing to military deals with Russia – also restricts U.S. loans and credits to the SSB, although that is not seen as having a significant impact.

The Turkish Foreign Ministry, in its immediate response, condemned the decision while reiterating the U.S.' unfair stance throughout the S-400 purchase process.

Ties between NATO allies Turkey and the U.S. were badly strained in 2019 over Ankara’s acquisition of the advanced air defense system, prompting Washington to remove Turkey from its F-35 Lightning II jet program.

The U.S. argued that the system could be used by Russia to covertly obtain classified details on the Lockheed Martin F-35 jets and that it is incompatible with NATO systems. Turkey, however, insists that the S-400 would not be integrated into NATO's equipment and would not pose a threat to the alliance.

Ankara has repeatedly stressed it was Washington's refusal to sell its Patriot missile systems that led it to seek other sellers, adding that Russia had offered a better deal, including technology transfers. Turkey even proposed setting up a commission with the U.S. to clarify any technical issues.

Since Joe Biden was elected U.S. president, Ankara has said it wants better ties and again proposed an S-400 joint working group but Washington has repeatedly rejected the idea, saying the sanctions will remain until Turkey no longer possesses the missiles.

In addition to the S-400 issue, Turkey's presidential spokesperson also urged the U.S. to end its support for the PKK terrorist group's Syrian branch, the YPG.

"The U.S. should end its support of the PYD/YPG. It should say 'stop' to (Gülenist Terror Group) FETÖ's activities there," Kalın said.

Noting that Biden has made promises and statements about taking new steps after the Donald Trump era, Kalın recalled a phone call with U.S. National Security Advisor Jake Sullivan last week as the first contact with the new administration.

"We actually handled all the issues in detail there. So it was a phone call that lasted about one hour ... We discussed in detail both the controversial issues and the issues with which we can act together," Turkey's spokesperson said. Kalın also told Sullivan the S-400 dispute needed resolving.

The presidential spokesperson said he and the American security advisor agreed to hold another call in the coming days to specifically discuss their disagreements, adding that the two countries' foreign ministers would also talk.

"The S-400 issue and the implementation of CAATSA sanctions in connection with it and removing Turkey from the F-35 program. Secondly, the support the U.S. has given to the PYD/YPG since the (President Barack) Obama era. Third, the FETÖ structure still continues its activities against Turkey freely in the U.S."

Kalın also said that besides the issues that need to be worked on with the U.S., there were also areas where the two countries can act together.

"We cannot agree on the PYD in Syria, but let me say that we have many common grounds regarding the future of the (Bashar) Assad regime," he said.

The YPG and its political wing, the PYD, are the Syrian offshoots of the PKK, designated as a terrorist organization in the U.S. and Turkey.

In its more than 40-year terror campaign against Turkey, the PKK has been responsible for the deaths of some 40,000 people, including women, children and infants.

Ankara has repeatedly objected to Washington's support of the YPG as a "reliable ally" in Syria, which has included supplying arms and equipment.

FETÖ, the group behind the failed coup attempt of 2016 in Turkey, has a considerable presence abroad, particularly in the U.S., that includes private and charter schools serving as a revenue stream for the terrorist group. The U.S. is home to a large community of Gülenists, including group leader Fetullah Gülen.