'Turkey is not at final stage to purchase 2nd S-400 unit:' Report 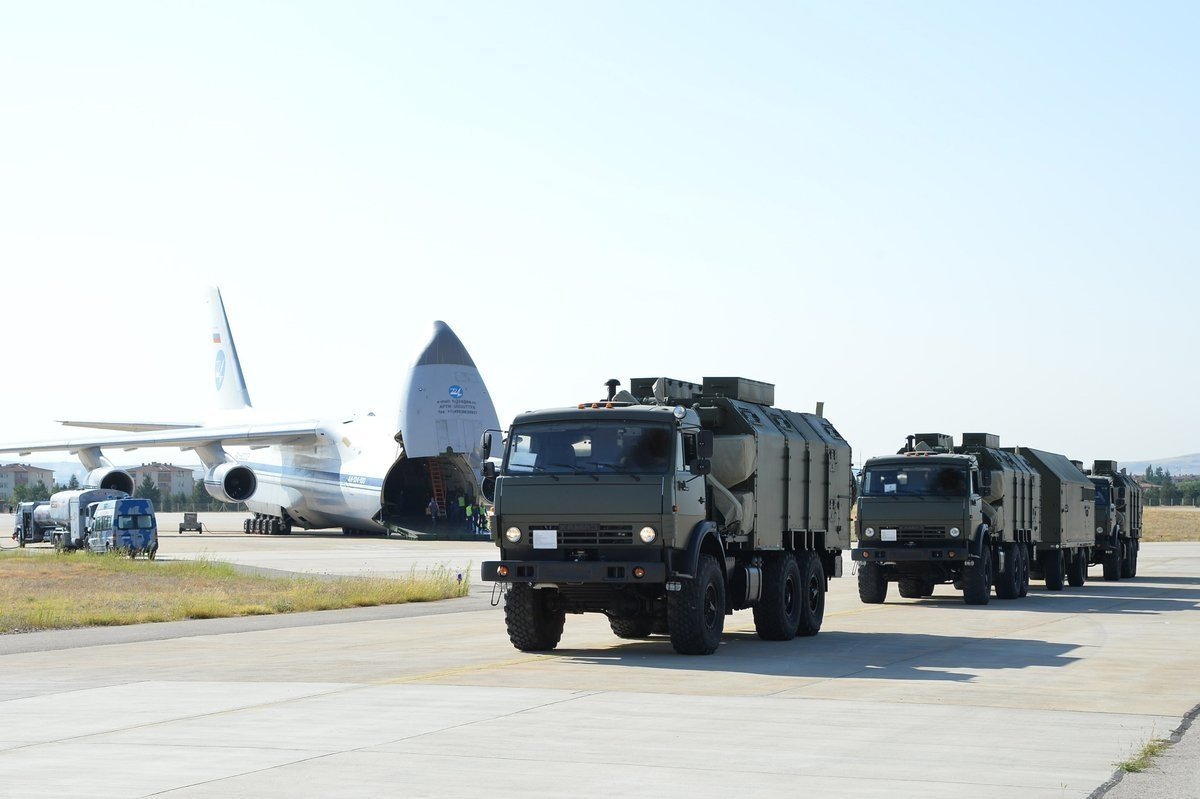 A senior Turkish official speaking to Middle East Eye (MEE) Tuesday dismissed the Russian side’s claims on the purchase of a second unit of the S-400 air defense system, saying Ankara is not in the final stages of signing such a deal.

There has been no change in the status of the negotiations with Moscow, the official said.

Russian state arms supplier Rosoboronexport General Director Alexander Mikheev earlier on Monday had said that the consultations between Turkey and Russia on a new supply of the S-400s were at the final stage.

“And in the near future we will go out with partners to formalize and sign a contract," he told Russian state media.

According to the Turkish official, whose identity wasn’t revealed, the report is part of a Russian perception operation whereby it releases misleading statements against Turkey amid its unsolved issues with the American side.

“The Russians are trying to poison (our) relations with the United States,” the official was cited as saying.

Ties between NATO allies Turkey and the U.S. were badly strained in 2019 over Ankara’s acquisition of the advanced S-400 Russian air defense system, prompting Washington to remove Turkey from its F-35 Lightning II jet program. The U.S. argued that the system could be used by Russia to covertly obtain classified details on the Lockheed Martin F-35 jets and that it is incompatible with NATO systems. Turkey, however, insists that the S-400 would not be integrated into NATO systems and would not pose a threat to the alliance. The U.S. also sanctioned some Turkish officials and institutions over the purchase.

Previous talks between Turkey and the U.S. on the purchase of Patriots collapsed over a host of issues, from the S-400s to Ankara's dissatisfaction with Washington's terms. Turkey has said it will only agree to an offer if it includes technology transfer and joint production terms. Ankara has repeatedly stressed it was the U.S.' refusal to sell its Patriot missile systems that led it to seek other sellers, adding that Russia had offered a better deal, including technology transfers. Turkey even proposed setting up a commission with the U.S. to clarify any technical issues.

Ankara and Washington have conducted several negotiations to solve the dispute, particularly with the new administration under U.S. President Joe Biden; however, there hasn’t yet been any result regarding the lifting of the sanctions.