US sanctions on Turkish officials over S-400s come into force 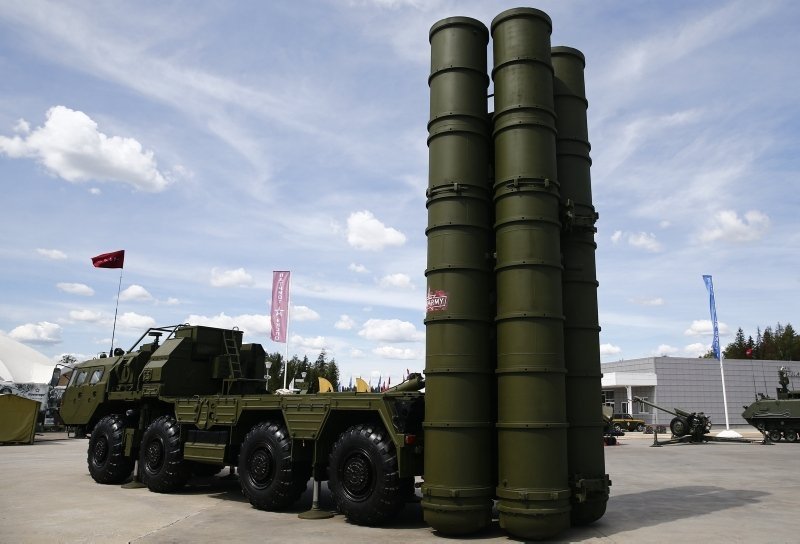 The United States' sanctions targeting some Turkish officials and institutions over the country's purchase of the advanced S-400 Russian air defense system will be in force as of Wednesday, the State Department announced late Monday.

"The Secretary of State has determined, pursuant to the Countering America’s Adversaries Through Sanctions Act of 2017 (CAATSA), that the Turkish entity Presidency of Defense Industries (SSB), formerly known as the Undersecretariat for Defense Industries (SSM), has knowingly, on or after August 2, 2017, engaged in a significant transaction with a person that is part of, or operates for or on behalf of, the defense or intelligence sectors of the Government of the Russian Federation," the statement said.

It added that the secretary of state has also selected certain sanctions to be imposed upon the SSB and Ismail Demir, SSB’s president; Faruk Yiğit, SSB’s vice president; Serhat Gençoğlu, SSB’s head of the Department of Air Defense and Space and Mustafa Alper Deniz, program manager for SSB’s Regional Air Defense Systems Directorate.

Ties between NATO allies Turkey and the U.S. were badly strained in 2019 over Ankara’s acquisition of the advanced S-400 Russian air defense system, prompting Washington to remove Turkey from its F-35 Lightning II jet program. The U.S. argued that the system could be used by Russia to covertly obtain classified details on the Lockheed Martin F-35 jets and is incompatible with NATO systems. Turkey, however, insists that the S-400 would not be integrated into NATO systems and would not pose a threat to the alliance.

Previous talks between Turkey and the U.S. on the purchase of Patriots collapsed over a host of issues, from the S-400s to Ankara's dissatisfaction with Washington's terms. Turkey has said it will only agree to an offer if it includes a technology transfer and joint production terms. Ankara has repeatedly stressed it was the U.S.' refusal to sell its Patriot missile systems that led it to seek other sellers, adding that Russia had offered a better deal, including technology transfers. Turkey even proposed setting up a commission with the U.S. to clarify any technical issues.

Turkey and the U.S. have more in common than differences of opinions, a U.S. ambassador said last month, as he criticized Ankara’s purchase of S-400s from Russia. Saying that Ankara and Washington agree on more things than they disagree, Ambassador David Satterfield noted that the issue of S-400s continues to be a problem for bilateral ties.

"The purchase of S-400s will have serious repercussions," Satterfield told Turkish journalists, adding that Turkey needs to give up its Russian defense system.

"This is the only solution we can defend in Congress. The only way to solve the S-400 crisis is for Turkey to not have the S-400s," the envoy said, adding that this was not a personal approach but was completely a matter of legal necessity.