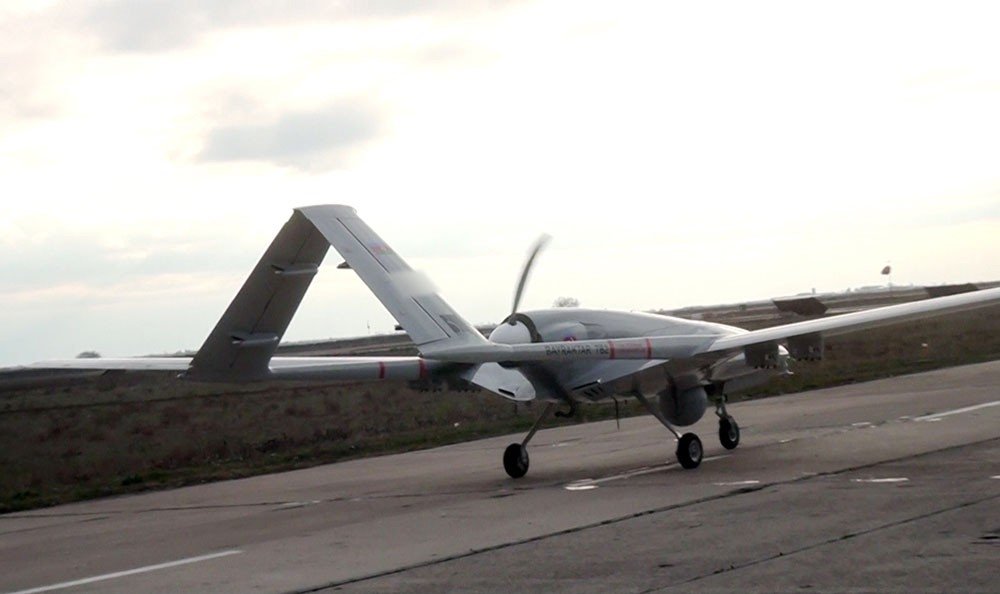 Turkey-made drones were used in the comprehensive military exercise most recently kicked off by the Azerbaijani army.

The operational and tactical drills planned for 2021 began on March 15 and will now continue with the participation of the unmanned armored vehicles (UAV) produced in Turkey, namely the Bayraktar TB2s of drone magnate Baykar.

The Azerbaijan Ministry of Defense said in a statement that counterterrorism training was given within the scope of the exercise in which 10,000 soldiers, approximately 100 tanks and military vehicles, 200 rockets and artillery systems and 30 aircraft took part, including the unmanned combat aerial vehicles (UCAV).

Taking off during the drills, the Bayraktar TB2 UCAV carried out the tasks of detecting the simulated enemy targets and transferring information to the command control centers.

The military exercises will run through March 18.

Turkish drones, which were included in the Azerbaijani army’s inventory, have already strengthened the Caspian country’s army, which was most visible during the recent Nagorno-Karabakh conflict. Azerbaijan has regained control over most of its land by delivering a swift victory to Armenian occupier forces, according to some analysts, thanks to Turkish and Israeli drones that gave the country an upper hand.

The Bayraktar TB2s that earned themselves worldwide fame thanks to this success had already made a name for themselves before the conflict in the Caucasus, when they were used by the Turkish military in retaliation to regime attacks in Syria, along with operations against the PKK and Daesh terrorists.