Turkey prefers to be in F-35 program: Presidential Spox 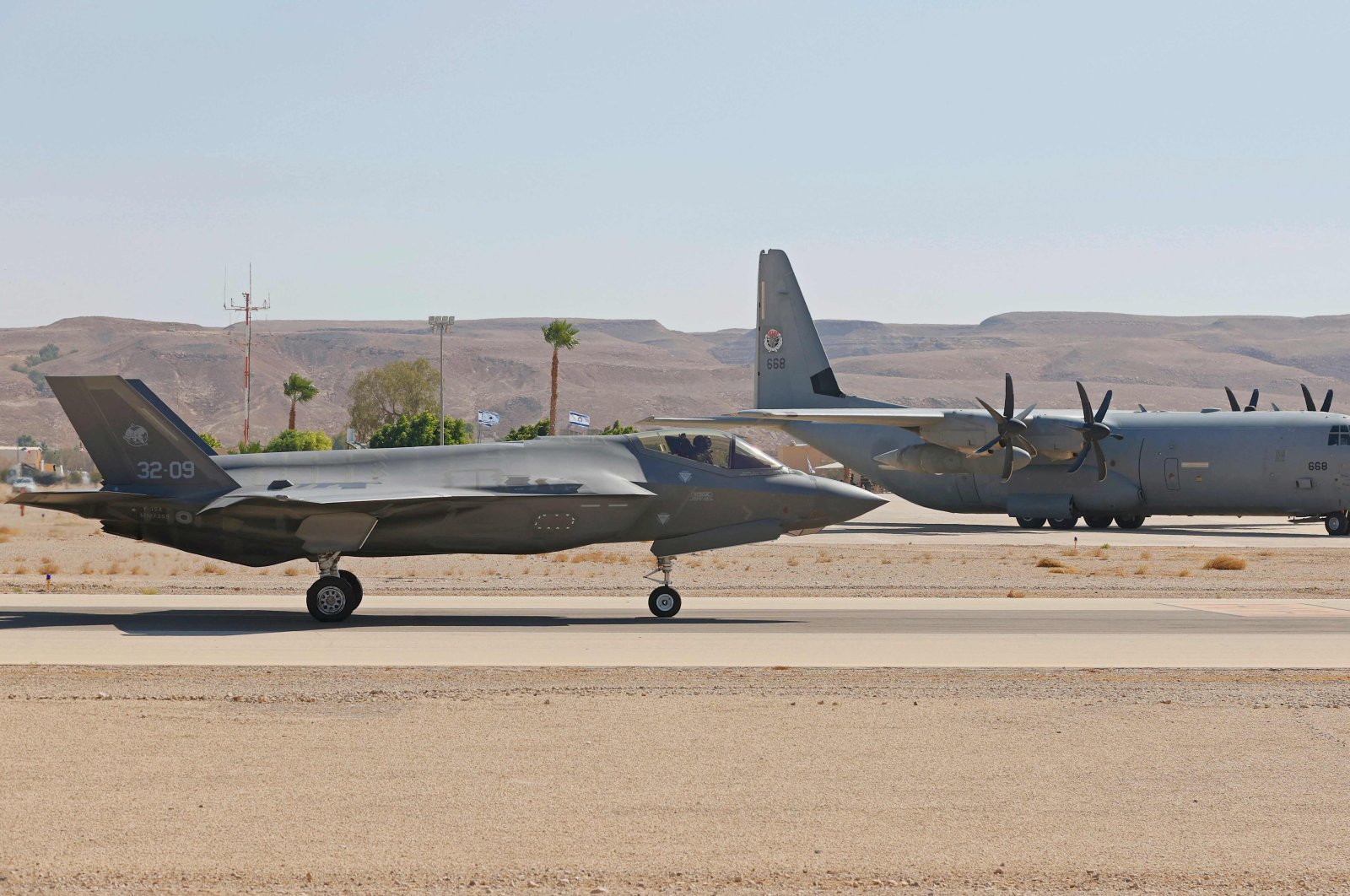 An Italian air force F-35 fighter taxis after landing during the "Blue Flag" multinational air defence exercise at the Ovda air force base, north of the city of Eilat, Israel, Oct. 24, 2021. (AFP Photo)
by Anadolu Agency Nov 05, 2021 10:56 am
RECOMMENDED

Turkey's first choice is to be in the F-35 fighter jet program, and its exclusion from the program due to the Countering America's Adversaries Through Sanctions Act of 2017 (CAATSA) is an unfair and unlawful practice, the country's presidential spokesperson reiterated Thursday.

He reminded Biden that Turkey had made a $1.4 billion payment for the F-35 program and said a bill is on the agenda in the U.S. Congress to make an exception for India and Australia, which are now receiving the S-400.

He said if the problem with the F-35 program is not resolved, then "we do not have the luxury of wasting time."

"We can try to compensate for this with F-16s. The American administration has shown a positive attitude towards this until now. They have a positive approach," he said.

"If the issue here is to impose sanctions only on countries that unilaterally purchase heavy weapons from Russia, why are exceptions made to these countries? If there is no such rule, why are these sanctions being imposed on Turkey?" Kalın added.

"Our priority is to meet the needs of Turkey in the field of the defense industry in the most appropriate way," he emphasized, adding that Turkey has alternatives in these areas, and the country is able to produce its own unmanned aerial vehicles (UAV) and has taken important steps in the defense industry.

Kalın said he hoped the U.S. Congress, relevant senators, committee members and commission members will understand the importance of Turkey as soon as possible.

"If we were to list four to five geopolitical issues that directly affect world politics right now, such as Afghanistan, the Eastern Mediterranean, Syria, the Caucasus and Libya, they are all connected to Turkey," he said.

He said it was not possible to make any calculation or develop a policy without Turkey in these matters.

"In this context, I hope members of Congress, policymakers and deputies there will see the importance of Turkey as it deserves. We will continue to talk about these theses," he added.

Turkey paid $1.4 billion for the fighter jets, but Washington took Ankara out of the program in 2019 because Turkey bought the Russian S-400 defense system after its efforts to acquire U.S. Patriot missiles were rebuffed.

The U.S. claimed the Russian system was a safety risk, but Turkey maintained that the S-400 would pose no threat to NATO or its armaments because it would not be integrated into the alliance's systems.

Ankara also repeatedly proposed setting up a commission to resolve the matter.