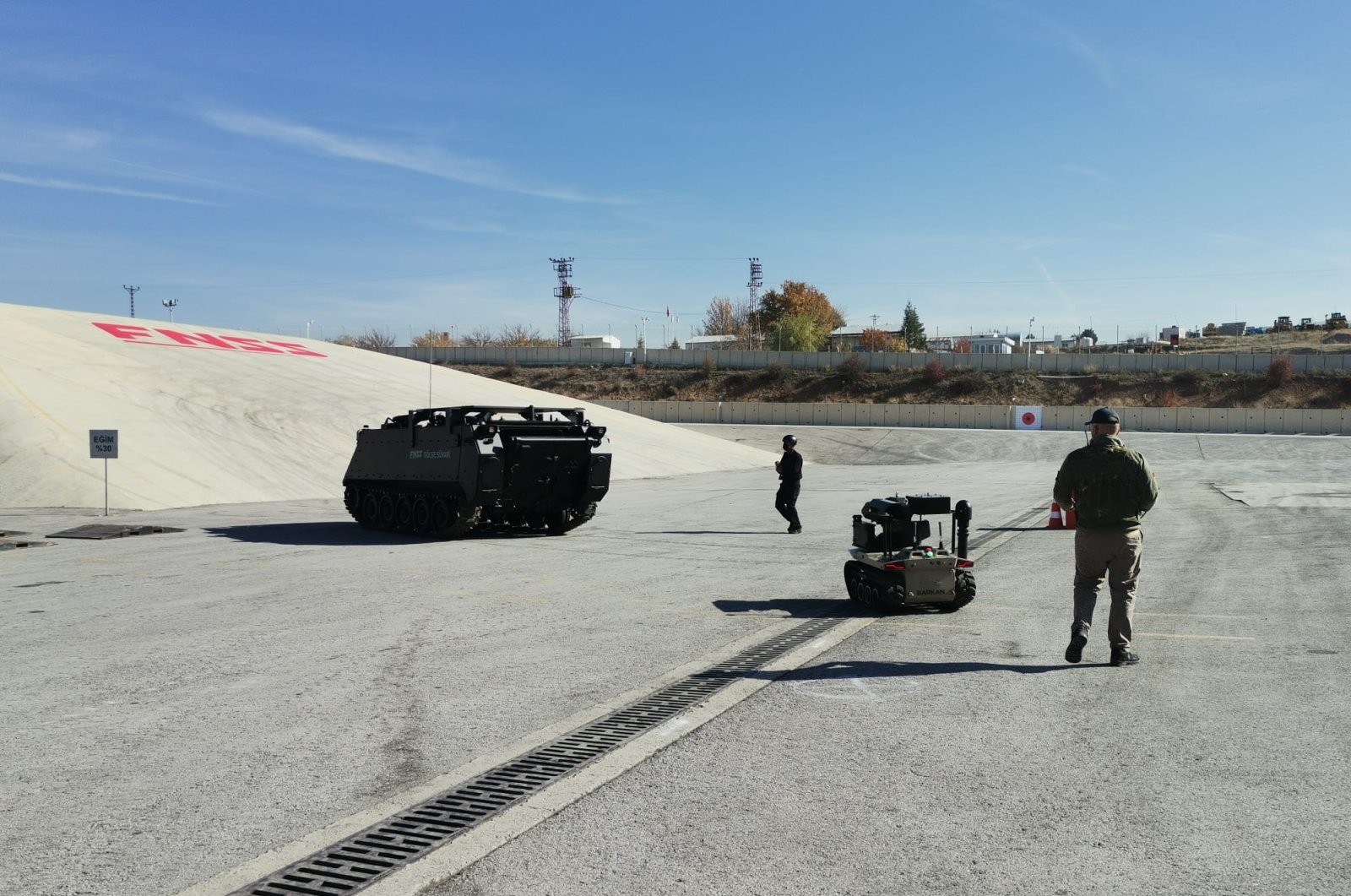 The Turkish defense industry is set to start the mass production of lightweight, medium-class and heavy-class unmanned ground vehicles (UGVs) in the near future, according to the related declarations of intent signed Tuesday.

At a ceremony on UGVs and military robotic technology, several agreements were signed at leading local defense company FNSS's facility in the capital Ankara.

Along with Ismail Demir, head of the Presidency of Defense Industries (SSB), representatives from prominent Turkish defense industry firms, including Aselsan, Havelsan and Katmerciler, also attended the ceremony.

Demir said the Turkish defense industry has started to make a name for itself, adding that the sector has a vision for the development of unmanned systems, including UGVs.

Pointing out that today's modern battlefield is equipped with the latest technology and artificial intelligence, Demir emphasized that the use of UGVs will increase with the rapid development of the technology and the benefits it will create in the future.

Demir said, “With the success we have achieved in unmanned aerial vehicles (UAV), it is obvious that it is necessary to introduce a similar system for land, sea and even submarine vehicles, even to move toward multirole unmanned vehicles and to work directly with robotic systems.”

“Meeting multiple operational needs will only be possible with the integration and interoperability of such systems,” he said, noting that: “If we cannot foresee the developments of tomorrow, some elements in the field of tomorrow could catch us by surprise.”

Turkey’s aim, he continued, is the contrary in that it aims “to introduce some elements on the field that will surprise our opponents.”

Explaining that UGVs of various sizes and capacities were already delivered to the field as experiments and prototypes, Demir stated feedback from users is very important as it helps to create a much more developed product.

During the ceremony, the SSB and Havelsan signed an agreement on the development of a heavy class UGV, and the “Declaration of Intent on Mass Production of Medium-Class UGV” was also signed between Aselsan, Best Group, Elektroland and Havelsan.