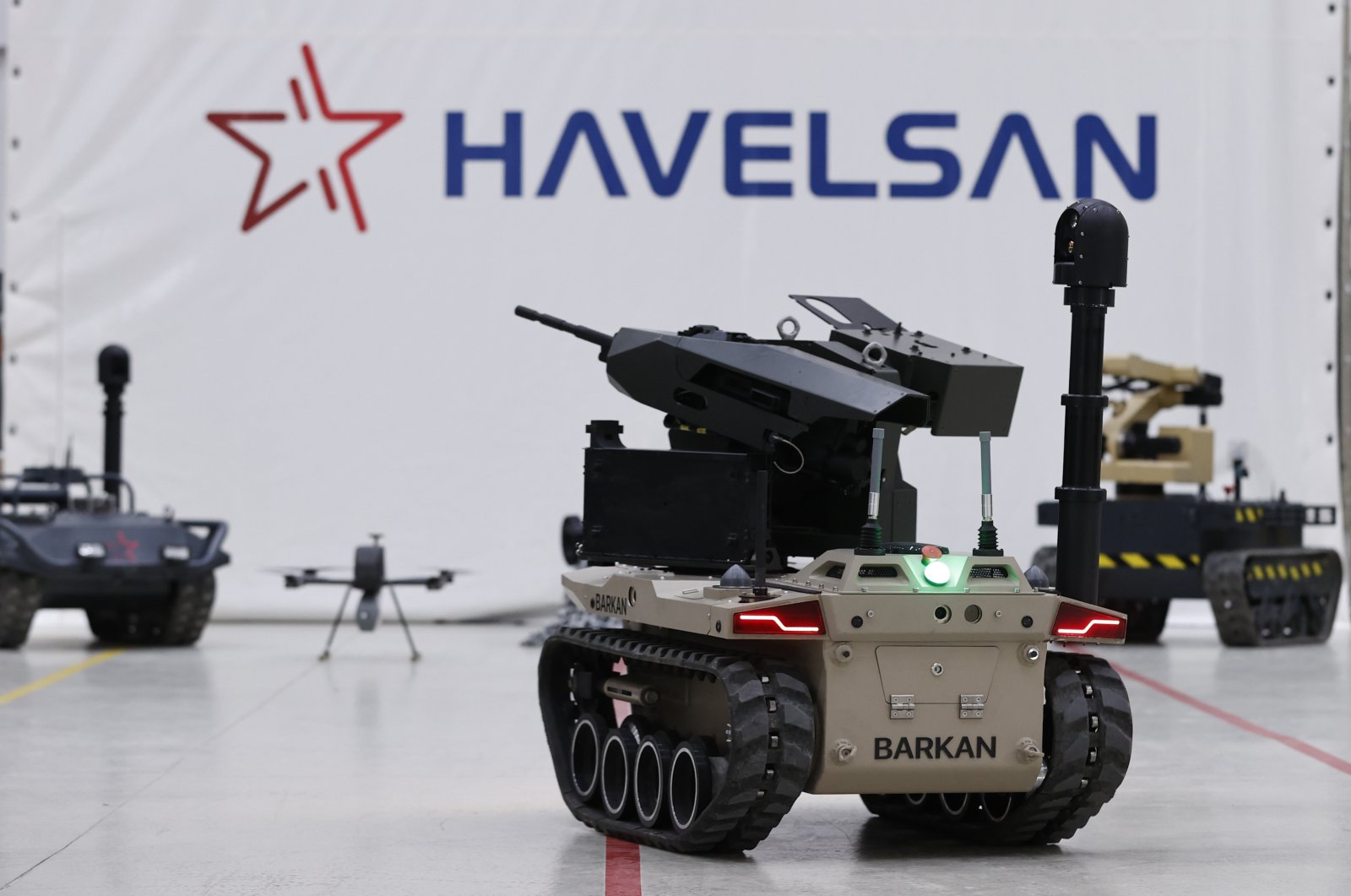 Turkish defense firm Havelsan’s unmanned ground vehicle (UGV), Barkan, will soon be on the field, furthering the vision of the company's “digital troop” concept that will see it play a role in joint robotic operations with other unmanned platforms.

The first field trials on the UGV are set to start as of July. Havelsan has been conducting research and development (R&D) studies in the field of robotics and autonomous technologies since 2019. These efforts picked up the pace after the company underwent a visionary change, aiming for “autonomy in military and civilian land, air, sea and space vehicles.”

Muhittin Solmaz, the company’s deputy general manager, told Anadolu Agency (AA) that they have started to work on unmanned aerial and land vehicles under the umbrella of robotic autonomous systems. He said they have come a long way in the middle-class first-level UGVs.

Solmaz emphasized that their aim is to enable these systems to engage in joint operations. In order to do this, the company needs to ensure that it is able to integrate the swarm algorithms it has developed into platforms from various manufacturers.

He said they want to increase the effectiveness of the Turkish Armed Forces (TSK) on the field and support their assets by jointly planning the missions together with unmanned air and land vehicles and unmanned marine vehicles in the future when necessary.

“Barkan has been developed as a middle-class first-level UGV, and it will be able to work together with the under-cloud UAV called Baha, or with other drones,” he said. “We have reached a structure where they can share tasks and work together in a herd.”

The company previously developed two prototype UGVs, Solmaz said, while the Barkan has passed many tests so far. After the field tests on Barkan, he added, there will surely be some modifications to the vehicles according to the feedback from the field.

This particular UGV was developed to be able to conduct armed reconnaissance and surveillance and to support elements in the field.

It weighs around 500 kilograms and will be meeting the technical specification criteria in the middle-class first-level category of the Presidency of Defense Industries (SSB), according to what the company official shared.

He said they have also integrated the remote-controlled Sarp weapon system into the vehicle and they provide a wide range of opportunities to the operator through remote control with many communication devices in the vehicle and all-around vision capability.